Not taken with the new-school Clio Renaultsport? Here's how to buy the best of the previous version

The order book for the

opened in the UK on March 30 2006, providing buyers with a 197hp hatch that could crack 0-62mph in 6.9 seconds for £15,995. This made the Clio the quickest accelerating car for the money and explains why this hot Clio went on to be such a sales success. 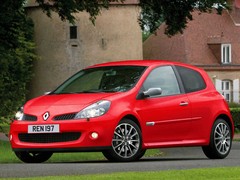 was not the quickest hot hatch, but this car was more about handling than outright straight line speed.

To help the handling and high-speed stability, Renault fitted the car with a rear diffuser under the bumper that could generate up to 40kg of downforce. This also meant a clean rear end style as there was no need for a roof-mounted spoiler.

Following on from the standard 197, Renault added the Cup model in September 2007. This was a pared down version of the 197, moving air conditioning to the options list to save weight and offering lightweight Recaro seats at an addition cost. 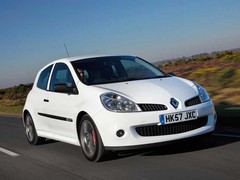 The Cup also featured revised gearing in the six-speed manual 'box, which was made standard on the plain 197 shortly afterwards. As for suspension, the Cup borrowed the settings from the

, so there was a 7mm lower ride height and firmer springs and dampers front and rear. Lastly, the Cup sat on anthracite-finished Renaultsport wheels as standard or optional satin black Speedline alloys.

In April 2009, Renault announced the 200 as a replacement for the 197. A Cup model was offered from the start of 200 production, while this slightly more powerful update came with the restyled front end that all Clios were given.

Crucially, Renault gave the 200 a little more low-down torque to answer criticisms of the 197 being too dependent on revs. Even so, the 200's motor still needed to be worked to get the best from it and 0-62mph remained unchanged at 6.9 seconds. Top speed crept up to 141mph and softer suspension on the standard 200 made it a fractionally easier car to live with day to day.

Production came to a close for the Clio Renaultsport 200 in 2012, but it is still widely regarded as a better car than the 1.6-litre turbo RS that replaced it. This has helped used prices stay strong and a late Clio 200 will set you back as much as £13,500 for a late Raider special edition with low miles. At the other end of the market, an early 197 can be had for £4,000 with around 85,000 miles. There were several special edition Clios, covered by the F1 Team R27, Gordini 200, Silverstone GP and Raider.

PHer's view:
"The 197 was overall a great car, with the only real ongoing expense the appetite for front tyres. This was largely a by-product of the way the car invites you treat each drive like a special stage rather than an A-B trudge. Would recommend finding a specialist to service and maintain as main Renault dealers are a treat you can certainly do without."
Jon Tait