The Ferrari 599 GTB Fiorano marked an important watershed in the company's front-engined models. It brought this type into the modern age, replacing the ageing 575 Maranello with a car using a 620hp 6.0-litre V12 engine that was a detuned version of that used in the Enzo. 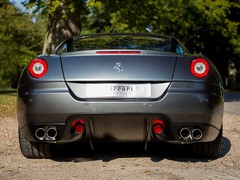 A modern Ferrari with the charm of the old ones

There were other important new features of the 599, such as the all-aluminium chassis, F1-Trac traction and stability control system, and the magnetic dampers that delivered semi-active control. Perhaps just as crucially as all of the technical developments, the 599 was made to a higher standard than any previous Ferrari to allow it to be used every day. The improved build quality was evident in the cabin in the fit and finish, which also means the car has lasted well as it has moved into the used market.

Production of the 599 ended in 2012 and many on sale are still within the Ferrari Approved network, such as the Meridian Modena supplied car in the lead images. All 599s from Ferrari Approved have a two-year warranty, but if you buy a car outside the official network you can have the car inspected and buy the warranty for £3,120 per annum for V12 cars (£2,520 for V8s), with discounts for renewing each year and not making a claim. As Ferrari is keen to point out, this is underwritten by the factory, not an insurance-based product, and has no excess or maximum claim limit, up to the value of the car. 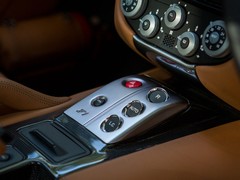 Manuals are out there but very rare; most are auto

While the 599 GTB Fiorano makes up the bulk of cars you will see for sale, there are others within which offer even greater rarity. All GTBs sold in the UK will have carbon-ceramic brakes and the F1 gearbox but there were a few cars in other markets with steel brakes and a six-speed manual; the latter in particular is definitely worth seeking out.

Ferrari also couldn't resist making more of the Enzo power unit under the bonnet, so the 599XX was announced in 2009 with 730hp. Solely for track use, it held the Nurburgring lap record for production-based cars at 6min 58.16sec. Two years later, the 599XX Evo appeared with 740hp, 35kg less weight than the XX and an active rear wing. 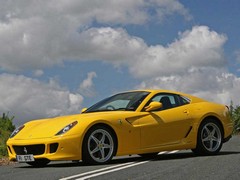 HGTE Pack cars are worth seeking out

Then there is the SA Aperta that was introduced in 2010 as a limited edition 599 with only 80 made. Ferrari also built the 60F1 to mark 60 years of Formula One success for the firm, a Superfast Aperta for Peter Kalikow, a China Edition one-off and the HY-KERS concept car to show off Ferrari's hybrid technology.

All of these special editions are exciting, but for most buyers it's the HGTE pack that is more relevant to look for when buying. It comes with firmer springs and rear anti-roll bar, lowered ride height and modified magnetic suspension settings. The HGTE also has reworked software to make gearchanges quicker and sharpen throttle response, while the exhaust allows more of the V12's noise to be heard in the cabin.

Reckon spending from £80,000 to drive away in a 599, though most cars will cost significantly more and HGTE-equipped cars tend to start at around £130,000. As for a GTO, you'll need around £500,000 and a similar amount for an SA Aperta should one come one the market. However, for this guide, we'll stick to the mainstream 599 GTB.

PHer's view:
"The 599 is a great car and the Aperta adds to that with greater rarity and appeal. The GTO is a very different, rawer car and ready to bite you."
Mark Quinn

Thanks to Meridian Modena in Lyndhurst for supplying the Ferrari Approved 599 GTB pictured.