When Ferrari pulled the covers off the F430 at the 2004 Paris Motor Show, they didn't just unveil their new compact V8 sports car, it heralded a new era for the company. Where the previous 360 still demanded compromise from its owners, the F430 was capable of being used daily. 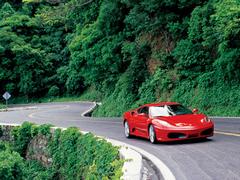 Although the frame was a development of the 360's, the F430's 4,308cc 90-degree V8 was completely new and used four valves per cylinder instead of five in the older car. It was still naturally aspirated but 490hp made it the most powerful road-going V8 Ferrari had offered up to that point.

Transmission options remained either a six-speed manual or the robotised F1 'box with paddle shifters. The latter accounted for 90 percent of production and was a much-improved version from that used in the 360.

Other developments for the F430 included the introduction of an E-diff that used clutches to divide power between the rear wheels. However, rather than reducing power to one wheel, it would send more torque to the other and Ferrari claimed this helped to reduce lap times significantly at its Fiorano test track over the 360's results.

Also new was the Manettino dial on the steering wheel that let the driver choose from different settings for the traction control, shock absorbers, E-diff and gear shifts. 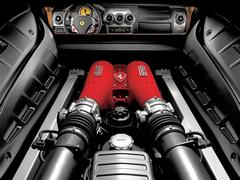 Soon after the coupe was launched, the Spider joined the range with a fully retractable, electrically operated fabric hood. A pair of steel roll hoops helped to preserve structural integrity and protect its occupants.

Two motorsport versions based on the coupe were announced in 2006 with the GTC and Challenge models, while 2007 saw the arrival of the Scuderia. This harder core coupe was refined with help from Michael Schumacher, so the Manettino allowed the driver to select suspension settings separately from the other functions. As a result, it was an even better road car despite being 100kg lighter, more focused and the engine delivering 510hp.

Ferrari celebrated its 16th Formula One World Constructors' Championship with a special edition F430 in the shape of the Scuderia Spider 16M. It used the same engine as the coupe Scuderia and was 80kg lighter than the standard open-top version. Only 499 were made, making it the rarest road-going model.

PHer's view:
"High drama, extreme performance, looks everywhere you went, but flaky build quality and reliability. Every time I drove it I wasn't sure if something was going to fall off or stop working. But I forgave it every time because it was like no other car I have owned before or since."
David Bevan