In the market for Ford's pocket rocket? Take PH's pocket buying guide along for the ride.

Ford got it absolutely spot on when it launched the ST version of the Fiesta Mk7. Every millimetre the modern small hatch, it packed 182hp from its sizzling 1.6-litre turbo engine and delivered 0-62mph in 6.9 seconds. Not outrageously fast, but more than enough to have fun on back roads while retaining everyday practicality.

Find out what we thought of the new Ford Fiesta ST

That's the essence of a hot hatch and the ST also came with a starting price of just under £17,000, though most buyers ignored the base ST1 and headed for the ST2 for £1,000 more. This bagged you half-leather Recaro seats, rear privacy glass, keyless ignition with starter button, as well as a Sony DAB stereo and daytime running lights. A Style Pack could be added that brought a dark grey finish for the 17-inch alloy wheels, red brake calipers and illuminated sill plates.

From launch, the ST sold like hot coffee on a cold morning and Ford wisely left it alone for most of the ST's life. Alongside this, Ford sanctioned a Mountune upgrade that lifted power to 215hp and realised the full potential of this hot hatch. The only significant updates during the ST's life were tweaks to the suspension in mid-2015 to soften the rear shock absorbers and add a thicker front anti-roll bar. This improved ride quality and further crisped up turn-in.

The ST200 arrived in late 2016 with this suspension set-up as standard. Essentially, the 200 was a Mountune-equipped car direct from the factory. However, its gearbox featured shorter ratios and final drive to make it feel more insistent, and it covered 0-62mph in 6.7 seconds. All were finished in a unique Storm Grey. After that, the only change to the line-up was the option of a five-door version that pitched up in September 2016.

Now you can own a Ford Fiesta ST Mk7 from £8,000, which gets you an ST2 with 45,000 miles and full service record. An ST3 will cost around £1,000 more but should have sat-nav included, while Mountune-modified cars start from around £10,000. As for the ST1, there are very few about and you should pay slightly less than for an ST2. 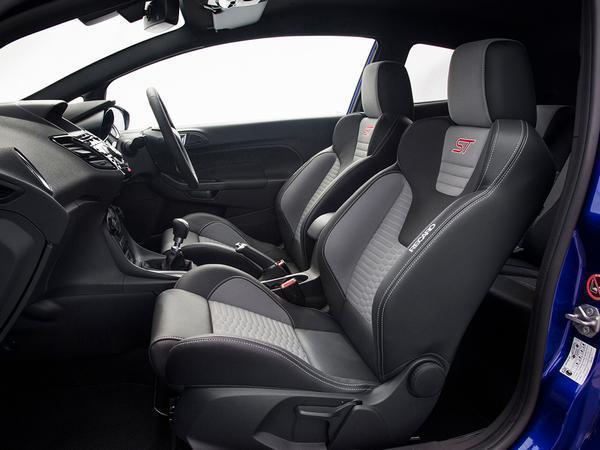 Check the illuminated sill plate lights up on cars with the Style Pack fitted.

The paint on the front bumper and bonnet appears to be quite thin and more prone to stone chips than many rivals, so inspect these areas carefully for damage or signs of a mismatched respray.

Make sure the DAB radio works. If not, Ford may replace it under warranty or through goodwill depending on the age of the car.

Door seals on this generation of Fiesta can pull away from the door frame and allow wind noise and rain to get into the cabin. New seals will sort this.

The Style Pack was an option that came with red brake calipers, illuminated sill plates and a dark grey finish for the alloy wheels. 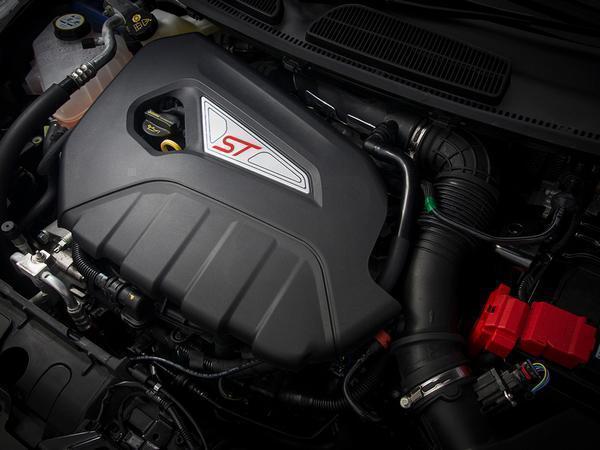 A recall was issued at the beginning of 2018 for a potential cylinder head crack caused by overheating. It affects Fiesta STs built from the start of production up to the end of 2014.

Listen for any knocking from the engine bay. It's most likely to be an upper engine mount that's worn and allowing the motor to rock. If it fails completely, it can allow the driveshafts to come loose. An uprated poly bush is available.

The clutch slave cylinder can fail due to cheap plastic parts. Replacements are cheap. The clutch bleed pipe can also fail and leave the pedal flat on the floor, though this tends to afflict later cars.

Other possible modifications include a quick shifter for the gearbox and a Quaife limited slip differential. Ask to see receipts for this work and parts.

Lowering springs from the likes of Eibach and Mountune work well on the ST.

Like all Fiestas from this generation, the front track rods wear, so listen for any knocks and feel for any vagueness in the steering and turn-in. 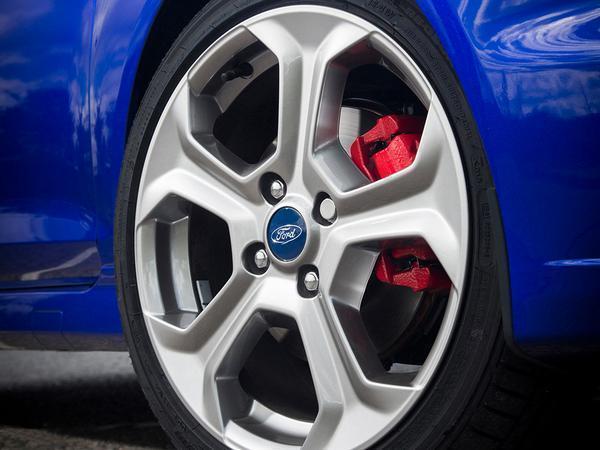 Check the inside edges of the front tyres for greater wear than the rest of the tread. It's a common problem that's solved with an alignment check and set-up.