If you're shopping for an older high-performance saloon, or just fancy a lot of metal and motor for your money, you've no doubt cast an eye over the early supercharged XJRs. After all, a few clicks usually reveals a handful of these Jaguars on offer for less than £3,000. The XJR is a notable car, too, adding to its appeal - as well as being the company's first supercharged production car, it rivalled the likes of BMW M5.

This iteration of Jaguar's performance-focused saloon, which arrived in 1994, was based on the new X300-generation XJ and benefitted from a plethora of upgrades. Technical tweaks included sports suspension and a limited-slip differential, while cosmetic alterations ranged from subtle trim changes through to a set of 17-inch wheels.

The most substantial modifications, however, took place under the bonnet. Most prominently, the stout four-litre AJ16's intake was now pressurised by a compact Eaton M90 supercharger, resulting in 326hp and 378lb ft. In some cases, because of the straight-six configuration, you'll occasionally see these XJRs referred to as XJR-6s or X306s, in order to differentiate them from the later V8-engined X308 XJR that arrived in 1997.

Both manual and automatic XJRs were offered but most rolled off the production line with the optional automatic transmission. Other straight-six X300s used a ZF four-speed automatic gearbox but, in the XJR, it benefitted from a heavy-duty four-speed GM 4L80-E - also found in the Bentley Turbo R and Hummer H1.

Despite a hefty kerb weight of 1,875kg, an automatic XJR could reputedly sprint from 0-60mph in 6.6sec. Flat out, it'd clip to an electronically limited 155mph. All in, it was a compelling luxury saloon with some serious muscle. Even today, an XJR makes for a cosseting and gratifying cruiser that can still surprise many away from the lights. They're also relatively easy to work on and most parts are readily available, meaning you can maintain one at home without breaking the bank.

Some caution is required, though. If you're looking at a cheaper car that's not been maintained well, or one that has some underbody rust, the cost of sorting it out can quickly outstrip the original purchase price. Consequently, it's best to buy an example that's been looked after. That said, if you go in with your eyes open, there's no reason that you couldn't net yourself an affordable, serviceable Jaguar that only requires a little titivation.

Read on to find out what's worth keeping an eye out for if you're considering a supercharged straight-six XJR. 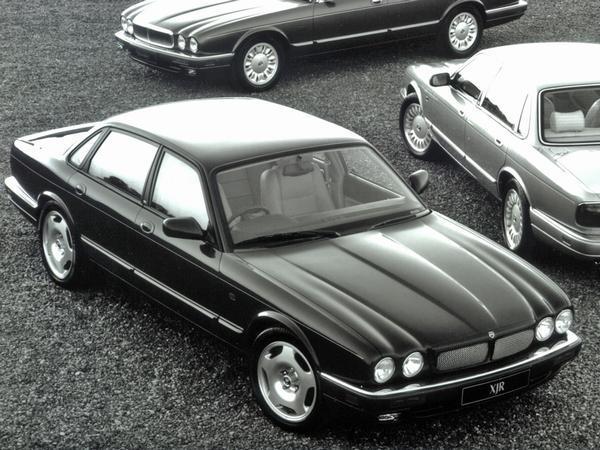 XJRs, as is the case with most X300s, routinely suffer from rust. Common corrosion points include the front and rear arches, the edges of the front and rear screens, the shock mounts in the engine bay, the sills and the floors. Take a decent torch to any XJR viewing and carefully inspect the underside and visible areas inside the engine bay, as repairs can quickly become involved and expensive.

It's quite easy for an XJR to get tatty, cosmetically, if not cared for. For example, it's not uncommon to find cars with peeling, cracked or patchy lacquer. Proper repairs can be time-consuming and costly, so tread carefully. Check for signs of panel replacement and accident damage, too; one giveaway is mismatched pinstripes, which can indicate a replacement panel.

Bumper brackets fail and can cause fitment and noise issues, as the bumper comes away from the car and can bounce around. Replacements can be had for around £35 a corner.

There's plenty to be mindful of inside, too. Besides checking the driver's seat for wear and tear, check the condition of the headlining.  They tend to sag when they get old but aren't overly expensive to replace - with all-new linings costing less than £200. Alternatively, upholstery pins can be used to tack it out of the way.

Check that all of the electronics work; operate the mirrors and windows, cycle the climate control through its settings, and test the trip computer, electric heated seats, stereo and the aerial. Also make sure that minor components, like the air vents, all move smoothly and aren't damaged.

Other notable failure points include the clock display, which can be repaired for less than £30, and the auto-dimming rear-view mirror. The caustic fluid inside them can leak out, leaving an obvious mark on the mirror. This fluid can also drip on the console below and cause damage. Replacing it with an undamaged second-hand unit, or a plain mirror, is the most sensible option.

The supercharged 4.0-litre AJ16 used in the XJR is, at its core, a strong and reliable powerplant. Major problems are rare, as a result, provided it's serviced properly. If the car's done over 100,000 miles, do consider changing the supercharger oil along with routine servicing.

There are some minor, but often frustrating to fix, issues to be mindful of; the throttle shaft and blade can gum up, which results in an odd-feeling accelerator pedal and an erratic response from the engine. Getting to it from above is a pain, as it involves lifting the intercooler and intake manifold. Fortunately, you can just about access the throttle body from below - and dousing the linkages, springs and shaft assembly with cleaners and lubricants may just do the trick.

An odd ticking noise from the front of the supercharger may be a tired coupling. If there's some side-to-side play in the pulley, budget around £15 replacement part.

If there are signs of coolant leaking, be wary. Many of the XJR's coolant hoses are difficult to get at and replacing them is a convoluted, annoying job. Set aside plenty of time if you want to have a shot at doing it yourself.

Exhaust manifolds can crack, leading to a blow. You can either repair them or replace them with good second-hand units. Check the remainder of the exhaust carefully, too, as back boxes can rot out and the Y-pipe that leads to them often crack in the middle.

The XJR's throttle and accelerator cables - which meet at the traction control actuator, in the engine bay - can stretch or be misadjusted. This means the throttle may not open fully when commanded, resulting in sub-standard performance. Ten minutes adjusting the cables, using the screw-in fittings and an inexpensive OBD dongle and diagnostic app to monitor indicated throttle position, can restore a considerable amount of punch.

Standard five-speed manual cars are incredibly rare but the transmissions are durable. Most XJRs have the optional GM 4L80-E automatic which is similarly tough and shifts unobtrusively. Ideally, the transmission fluid should be clean and red in colour. If it's brown and filthy, budget for a fluid and filter change. If it smells burnt and is dark, there could be a serious problem.

You'll have to try hard to break the XJR's 'Powr-Lok' limited-slip differential. Do listen for any odd noises, though, and make sure it's not leaking excessively from the pinion seal or output shafts.

There are many upgrades available, ranging from a revised crank sensor bracket - which was designed by former Jaguar engineer Andy Stodart and safely advances the ignition timing by five degrees - through to different supercharger pulleys and upgraded charge-cooling assemblies.

The XJR is not a light car. This, in conjunction with age and mileage, means that many suspension components may be past their best. Besides visually inspecting parts for damage, listen for any odd noises during the test drive that indicate tired bushes or bearings.

If an XJR exhibits intermittent heavy steering, there could be a fault with the relay that controls the car's variable-assistance Servotronic set-up. Second-hand replacement relays usually cost around £10. Check the PAS fluid level, or renew the fluid if there's no recent evidence of it being done, before progressing further if a new relay hasn't fixed the issue.

Parts for the XJR's braking system are easy to come by and not expensive. A brand-name front disc set, for example, costs around £75. There's little else to worry about but do make sure the ABS functions properly; if it doesn't, faults can usually be repaired by a specialist for a sensible amount.

The Jaguar's 8Jx17 alloys are shod with 255/45 ZR17 tyres. Suitable replacements will set you back around £130 a piece, from a mainstream brand, although cheaper alternatives are available.