has slipped from many people's minds, partly because production ceased in 2005 and also because the car was always something of a rarity. With fewer than 19,000 NSXs produced in total during a 15-year life span, it was never a runaway sales champion for Honda. 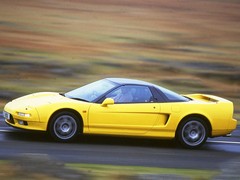 What it did for Honda was provide a road-going link to the company's then very successful Formula 1 activity. This led on to Ayrton Senna often being cited as the man who signed off the suspension set-up of the first generation NSX NA1, though how much involvement Senna really had is a matter of debate.

Definitely not up for debate is the thorough engineering of the NSX. Honda had been developing the car since 1984 and was determined to make it as usable as possible. To this end, its cabin had a large glass area, it was easy to get in and out of, and the 3.0-litre V6 engine was as docile in traffic as it was powerful on the open road. Though with 274hp quoted as the official power output the NSX was not the most potent car in its class, even by 1990 standards.

This aside the only real disappointment with the NSX at launch was the interior. Honda had made it a shade too user-friendly and borrowed switchgear from its contemporary mainstream models. The upside to this is it's very reliable and soundly put together, so even early NSXs can still be used everyday without worry. 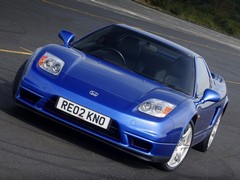 2002-on facelifted cars got fixed lights

Honda tweaked and improved the NSX throughout its life, adding a passenger airbag in 1993 and a Targa-roofed model in 1995. The biggest round of updates came in 1997 when the 3.2-litre V6 replaced the 3.0-litre motor in manual transmission cars. This upped power to 280hp and the gearbox was switched for a six-speeder in place of the original five-speed manual.

The automatic transmission NSX stuck with the 3.0-litre engine till production ended in 2005.

A facelift in 2002 introduced the NA2 with fixed headlights to replace the pop-up originals, while a Type R version was offered in Japan but not the rest of the world. This NSX-R had 280hp and weighed 1,270kg thanks to carbon fibre for some body panels and the rear wing. 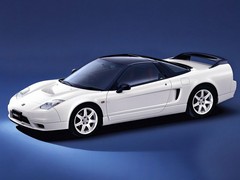 JDM only Type R the peak of NSX evolution

An earlier NSX-R was offered in 1992 and only 483 were sold, all bound for Japan. It featured stiffer suspension, blueprinted engine and close-ratio gearbox, as well as an all-up weight of 1,230kg.

Finding any NSX for sale in the UK takes time and patience, as few are ever on the market at the same time. Owners tend to keep their cars for long periods, which has shored up used values. Even an early, high miles NSX will make £10,000, while a 3.2-litre manual NA2 with low miles and perfect history will pull in £25,000.