Looking for that elusive automotive Swiss Army knife? A Subaru Forester could be just the ticket

If you want a car that can tackle muddy trails, bound through snow-covered lanes and carry the dog with ease, you've plenty of options. When you start looking for a car with those capabilities that's also characterful, gratifying to drive and reliable, however, your shortlist will become exponentially shorter.

There is one potential candidate that can fulfil many those requirements though - the Subaru Forester. The first-generation Forester, dubbed the SF, was launched in 1997. It proved a dependable, comfortable and pleasant car to drive; in turbocharged form, known as S-Turbo for UK models, it was also surprisingly quick.

SF-gen Foresters are few and far between these days, and their drab looks cause many to steer clear. The sharper second-generation SG version of the Forester, however, is a much more appealing option. It arrived on UK shores in 2002, featuring a new platform and a whole host of upgrades, and was offered up until 2008. There was also a mild facelift in 2006, which entailed new lights, a redesigned grille, redesigned bumpers and different sill panels.

A wide range of UK variants were offered, from the naturally aspirated 2.0-litre X to the turbocharged 2.5-litre XTEn. All used Subaru's endearing low-slung boxer engine, coupled to either a five-speed manual or a four-speed automatic, depending on version - and, in all cases, power was sent to all four wheels.

It's the turbocharged 2.0-litre and 2.5-litre models that rightly draw the most attention, though, delivering suitably swift performance. These also benefit from extensive aftermarket support - as does the Forester platform itself - so are ideal candidates for further tuning.

Foresters have myriad foibles ranging from the minor to the major. You may see a turbocharged 2.0XT for sale for £1,500 and, at a glance, it might appear a good going concern. That same car, however, could very quickly land you with a £1,500 bill. Spend around £2,500 on one - or much more on a desirable facelifted 2.5 - on the other hand, and you could well get a dependable car that'll tick all the right boxes for years to come.

While this buying guide focuses primarily on the SG, many of the details here also apply to the preceding SF generation - as well as imported high-performance STi variants of the SG. 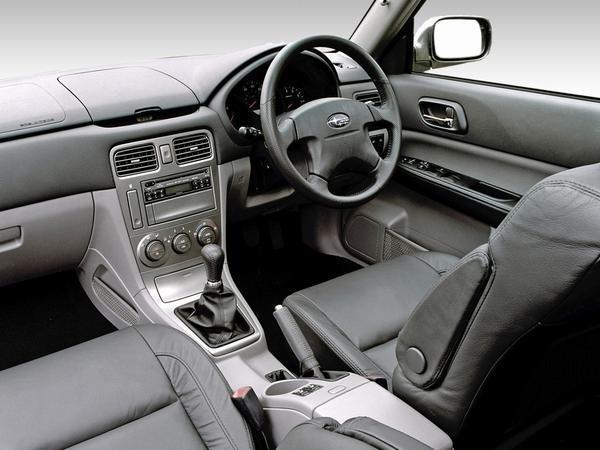 The Forester's exterior panels are about as resilient to damage as a sheet of tinfoil. Consequently, have a good look along its flanks for damage, including pin dents caused by the corner of casually flung doors in car parks. These can be fixed, but it's worth clocking them first so you can account for the potential cost of repairs.

Rust, however, is the real nemesis of Subarus of this era. It creeps into the front and rear subframes, and areas regularly exposed to mud and moisture, and can quickly take hold. Besides looking at the MOT history for evidence of past corrosion-related issues, look carefully at the ends of the sills, the strut top mounts and the visible elements of the front and rear structure.

Fortunately, inside, Foresters are resilient to wear and tear. Just check that everything works, including the dash illumination if possible - and, if a sunroof is fitted, make sure there's no sign of water getting in.

Wind noise is a common problem due to the frameless design of the doors. You can replace the seals, but often simply padding them out to provide a tighter fit to the glass will quieten them down considerably.

One other common issue is a failure of the rear wiper. Moisture seeps into the spindle and causes corrosion, which jams the mechanism. You can get a usable assembly from a breakers for around £35, however, and cobble together a perfectly functioning set-up. It's not tricky to replace, either, but you will need a small puller to do the job.

The plastic headlight lenses are also prone to going hazy. These can easily be cleared up with a £20 restoration kit. 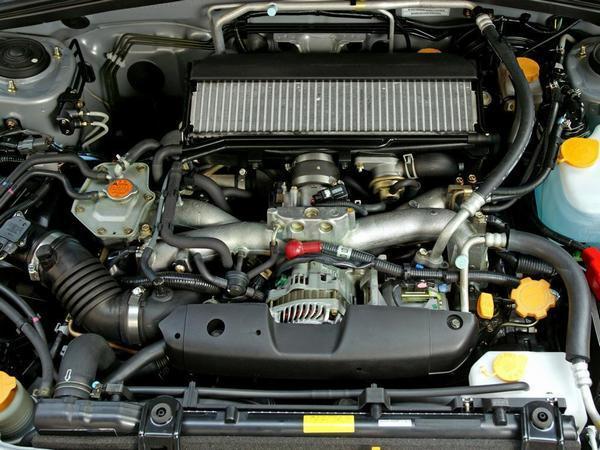 Foresters, if properly maintained, are reliable machines. Try and find an example that has been owned by someone who understands the car - an owner that takes time to warm it up and cool it off, doesn't boost it hard from cold and uses top-quality fluids and filters.

Servicing and regular fluid checks are essential to ensure the lifespan of the boxer engine, even more so in turbocharged form. The cambelt should be changed every 50,000 miles or five years and it's worth doing the tensioners and water pump at the same time. Kits cost around £180, excluding the £40 water pump. A garage will usually charge around £400 all in.

Generally, both 2.0 and 2.5 flavours of the Forester are regarded as being durable - although the 2.5 can be more prone to problems when tuned. In any case check for signs of leaks or cross-contamination of oil and coolant. Higher mileage examples may exhibit some piston slap when cold; as long as it fades when the engine is up to temperature, it shouldn't prove a problem.

Manual transmissions are usually durable but you may find some unwilling to shift gears when cold, particularly if you're trying to change down into first when approaching junctions. This is sometimes due to the wrong grade of oil in the transmission. Refilling it with a blend of Motul Gear 300 and Red Line Lightweight Shockproof can reinstate a silky-smooth shift.

A leak from the rear diff may not be from a seal but the differential cover itself, as they are prone to cracking if the fill or drain plugs are done up too tight. Liquid metal or similar may be just enough to seal the crack. 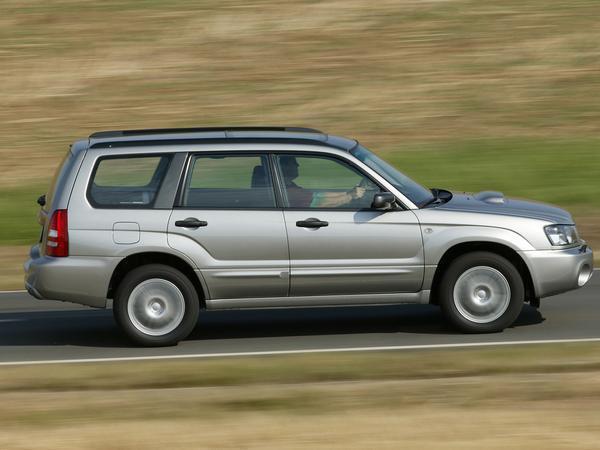 Check to make sure that the Subaru sits level. Turbocharged Foresters have self-levelling rear suspension which, over time, ceases to function - resulting in a sad-looking sagging tail. Original replacements are expensive so the best solution is to opt for aftermarket conventional damper and spring assemblies. These can be had for around £350 but you'll typically have to budget for replacement rear strut bolts, too, a complete set of which will cost some £40.

Anti-roll bar bushes and drop links can wear, resulting in odd creaks and rattles; neither is difficult to replace and spare parts are inexpensive. Similarly, wheel bearings and CV joint boots are common issues. Listen to any grumbles while driving, indicating a bearing issue, and visually inspect the rubber CV boots to make sure they're not torn or split.

Countless upgrades are available should you wish to improve the cornering capabilities of a Forester. Front and rear Whiteline heavy-duty anti-roll bars, for example, can be had for around £400. 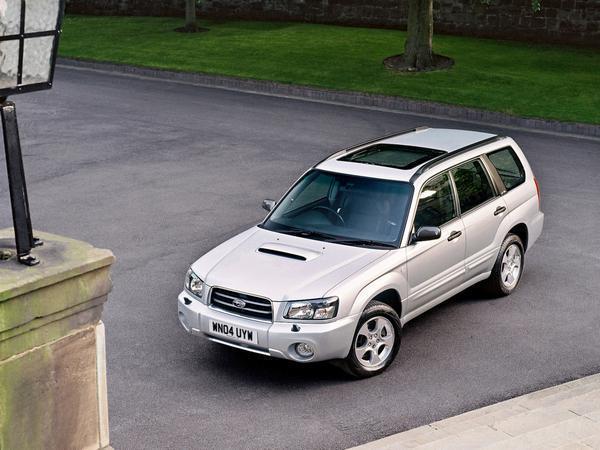 You've little to worry about on the tyre front. Models with the stock 17-inch wheel, for example, use a common 215/55 tyre. A premium tyre will cost around £110 but less expensive alternatives are available.

Some may find that the Forester's brake pedal is numb and initially unresponsive. This is caused by the bulkhead flexing, which is an inherent trait. Aftermarket master cylinder stoppers can reduce this flex and provide improved pedal feel.

Braking components are easy to come by and inexpensive. Expect to pay around £50 a disc, from a known brand, and around £50 for a complete set of pads.