Home/Features/Features/Tuning is a waste of money: Tell Me I'm Wrong

Tuning is a waste of money: Tell Me I'm Wrong

What's the best way to ruin your relationship with your car? Answer: get the tuning bug. Plain fact is, when you start modifying your car, you're in for a world of financial pain.

Don't get me wrong - modifying cars can be a lot of fun. There's tremendous satisfaction in identifying areas of your car that you think can be improved, making changes and ending up with something that's palpably better, as well as one that's better suited to your individual taste. 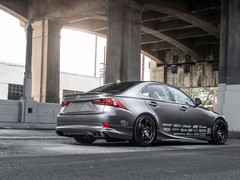 But (and it pains me to say it), while modifying cars can be a laugh, it's an utter disaster from a financial point of view. During my time editing Japanese Performance magazine, I rubbed shoulders with hundreds of owners of modified machinery, and pretty much everyone said the same thing: ultimately, car tuning is a money pit.

Tuning to the dark side
Tuning is fun. The planning; the forum-hunting; the parts sourcing; forming a relationship with a tuning company; comparing what you've done with other owners. In fact, it's so addictive that you're likely to wake up one day and find you've become a tuning junkie.

Like so many types of addictive behaviour, once you start tuning, you just can't stop. You make one change, and you instantly feel the need to make another. Boosting power is a really invidious one: add a bigger turbo and within a few short straights you've got used to it and persuade yourself you need that even bigger bolt-on. 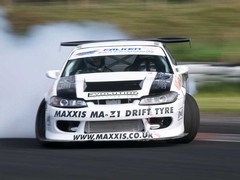 And the more changes you make, the more areas of your car need modifying to catch up. An extra 100hp may feel fantastic blitzing down the straights, but as that 90-degree corner heaves into view, you suddenly realise you're gonna need bigger brakes. And a bigger clutch. And fatter wheels and tyres. And adjustable suspension. You get the picture.

Like any form of addiction, tuning has its dark side...

You spent how much?!
The fact that so few owners are prepared to divulge the total amount of cash they've chucked at their car - or are simply too scared to tot it all up - tells you everything you need to know about the tuning world.

As any addict will tell you, the gear ain't cheap. And once you're in for a penny, you're in for several thousand pounds - quite possibly several multiples of what the car's actually worth. I remember a guy at one of our shows being asked over the PA system how much he'd spent on his 600hp Mitsubishi Evo VIII. The gasps from the crowd were all too audible when he declared it was "over £100,000." He could have bought a brand new Porsche 911 GT3 for that...

But the real kicker is, after you've thrown a fortune at your car, it's worth no more when you come to sell it - in fact, it's almost always worth less than when you started. Why? Because it's someone else's idea of tuning. Unless there's a pretty major brand behind it - say, Brabus or NISMO - secondhand buyers view all mods with deep suspicion.

Here's a revelation that most tuners simply can't accept: tuning doesn't actually improve many cars. Manufacturers spend millions getting their engineering right, and fiddling about with it can ruin everything.

Of course, there are many examples of 'good' mods you could cite - for instance, the Alfa Romeo 147/156 GTA both really benefit from Alfa's Q2 diff, which was never fitted originally; so much so that very few cars these days haven't been treated to one. 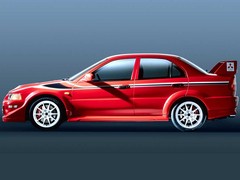 But it's so easy to spoil a car utterly. I recall someone asking me what I thought of his 400hp Impreza as I barrelled it around a track, and it was hard to hold back the sheer horror of what I felt. It was cack. The turbo was so extreme that the slightest input of throttle switched it to maximum boost (which of course was something like 2bar to give it 'enough' power), and he'd completely cocked up the suspension.

Originality is everything on the used market. Just look at the Mitsubishi Evo VI Makinen - a lot of owners were tempted to 'improve' it, as it was so easy to tune, but as soon as they'd done it, the cachet of 'OE spec' had evaporated, and it was just another dressed-up tuner car.

Another example: Nissan GB keeps a completely boggo standard Skyline GT-R R34 on its fleet - and when I say boggo, I mean boggo. We drove it for a PH Heroes feature in fact. I remember a Skyline fan looking at it and saying he'd never seen one with twin exhaust pipes. That's because the first thing any Skyline owner did was replace the restrictive OE exhaust with a free-flowing one, liberating loads of extra horses. And yet... the twin-tailpipe thing was clearly a turn-on for this enthusiast.

PH editorial team guilty as any of tuning bug

Even our esteemed editor seems to agree. "I consider

'lightly tweaked' and then realise I've done the exhaust system, manifold, suspension, body stiffening, induction ... and painted the wheels bright orange. If I saw that in a classified ad, I'd run a mile and seek out a nice unmodded one. Yet as an owner I love it."

Sorry, but the old phrase 'original is best' really is true here. It's a free world and you can modify your car all you like within the bounds of the law. But keep it OE if you want your wallet to have anything left in it.

Reverse gear
Yes, tuning your car can be extremely satisfying. But the financial sting in the tail at the end of it certainly isn't.

So here's one way to deal with the inevitable pain. Look at tuning as an art form that doesn't really make sense by any normal measure. As long as you can accept the fact that your habit - and it will become an addiction - stands a good chance of bankrupting you, you'll be OK. 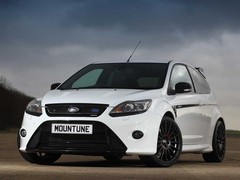 Officially approved or reversible mods the way to go

But there could just be a glint of light, a way to mitigate the financial pain. Here it is: if you're adding mods, make them reversible. That way you can take 'em all off and sell 'em on eBay to other people with an obsession to feed. You'll make back a bit of the cash you've spent, but more importantly you'll have a standard car to sell - one that's worth a lot more than that dodgy modified monster you ended up creating.

And if you disagree now's the time to tell me I'm wrong!