This week a case of right car, wrong engine 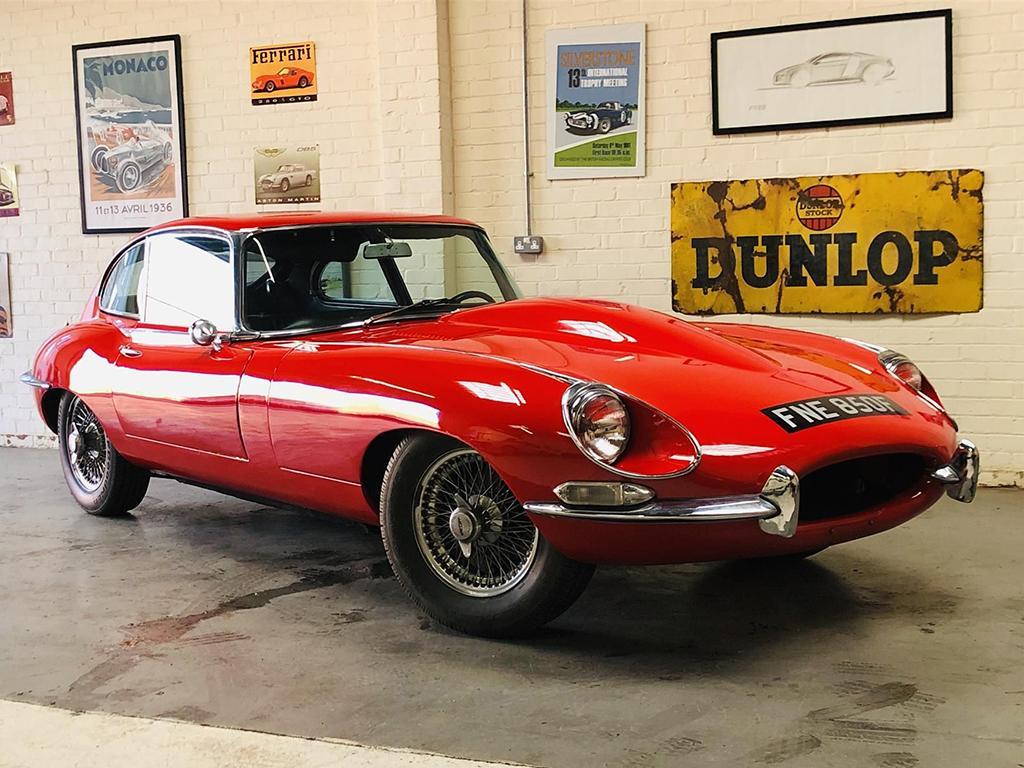 Tastes change in the classic market, a point ably made by what is our oldest Brave Pill to date, this gleaming 1968 Jaguar E-Type. When launched in 1961 the E-Type was a hugely significant car with gorgeous looks, innovative tech and performance that made it faster than almost anything else. It frequently features at the sharp end of lists of the greatest cars of all time, and any story written about it now requires both a reverential tone and repetition of both the fact a (very) carefully fettled version managed 150mph and Enzo Ferrari's line about it being the most beautiful car in the world.

What's less well remembered these days is that the critical glory days didn't last for long, and were over well before the car's long life came to an end. For much of its existence the E-Type struggled to find buyers, something that resulted in limited funds being released for development. The most obvious innovation was the arrival of V12 power in 1971, but other updates were never enough to stop the E-Type falling increasingly far from the standards set by more modern alternatives. As the U.S.'s Road & Track magazine put it after testing a V12 powered series 3, "what is such a magnificent engine doing in such an outdated body?"

The E-Type also suffered from the same problems that beset most of the rest of the British car industry at the time. Build quality had never been particularly robust, something that Jaguar's absorption into British Leyland did nothing to improve, and in the U.S. the E-Type's bork-prone electrical system was soon the butt of dozens of jokes. (A typical example: Why do the British drink warm beer? Because Lucas make their fridges.) It suffered again in the oil crisis, with the low-teen thirst of the V12 engine particularly unsuited for the era of rocketing fuel prices, and by the end it had been lumbered with the further indignity of chunky 'impact bumpers' to meet U.S. crash tests.

Back home in the UK the E-Type fell quickly into bangerdom, and were soon being subjected to the sort of low-grade modifications and 'improvement' that inevitably befall the cheap and the fast. By the 'eighties it wasn't unusual to see E-Types with vast CB aerials, ill-advised bodykits or even the indignity of go-faster stripes or flame decals. Nor was it uncommon to find them tottering in piles in the era's scrapyards when they rotted out or encountered sufficiently expensive problems.

Major mechanical changes were less common, especially as the E-Type became cheap enough to run into the ground, but they weren't unknown. The idea of removing an original DOHC 'XK' straight six to replace it with a Ford V8 might sound like heresy to modern ears, when originality is prized above pretty much anything else, but for a long time nobody would have batted an eyelid at such a powerplant transplant in a cheap, old car. Especially not one that likely also increased performance, like the one given to this week's Pill: a U.S. market 'Series 1.5' coupe that, at some point during its long life in the 'States, had its 4.2-litre XK swapped for a 5.0-litre V8 from a Cobra.

Our Pill looks almost spot-on for a middle era E-Type 2+2 - and could be parked outside a half-timbered pub without attracting any undue comment beyond that from anyone noticing the bumpier than normal bonnet bump presumably required to accommodate the new powerplant. But it will sound completely wrong, doubtless louder and angrier than the sometimes wuffly, sometimes rorty noise of the triple-carb'd XK.

Some will see a perverse appeal in the trolling ability offered by such a Frankencar - both in terms of incongruous V8 noises and what will probably be an amusing turn of pace; while beautiful to drive the standard six-cylinder E-Type won't feel particularly rapid to anyone used to more recent sportscars. But our vendor admits that the most rational thing to do would be to return the car to something closer to originality, even if it will never have the sort of 'numbers matching' provenance that gets Concours judges sticking on rosettes.

It's also possible, as the advert text suggests, that the V8 may be worth a fair chunk in its ownright. Mild research suggests that being a 302 cubic inch Ford V8 it was fitted to the 1980s-era AutoKraft 'continuation' Cobra. That seems more likely than it having been donated from an early Shelby Cobra, which would have been worth more than the E-Type at any point in their shared history. But given the number of Cobras and 'Nobras' out there it seems likely there would be some interest in it - although whether it would raise enough cash to purchase a period appropriate 4.2-litre XK is another matter. Another possibility, if a less enticing one for most of us, would be converting the Jag to an electric powertrain like Jaguar's own E-Type Zero project.

Our Pill was originally sold in the U.S. and is a left-hooker, returning to the UK in 2003 to be "dry stored in a London museum" according to the vendor. It is complete and running and has only recently been registered for road use, passing what seems to have been its first and only MOT in June 2018 with no advisories (it's old enough not to require another.) More importantly is the promise that it's rust free and always has been, something that's very rare for any E-Type that spent its youth on this side of the Atlantic. It's not cosmetically perfect, the rubber surround of the rear screen seems to be perished - and some will be unable to see beyond Himalayan profile of the non-standard bonnet. But it certainly doesn't look like the cheapest running E-Type in the UK, which it seems to be; outright restoration projects are often advertised for the same or even more.

Cars with radical mechanical alterations rarely find much love among Brave Pill commenters, but this E-Type can hardly be blamed for having received a transplant that probably saved it from the scrapyard when it was originally carried out. It's not the real deal, but it's definitely not a bad deal.