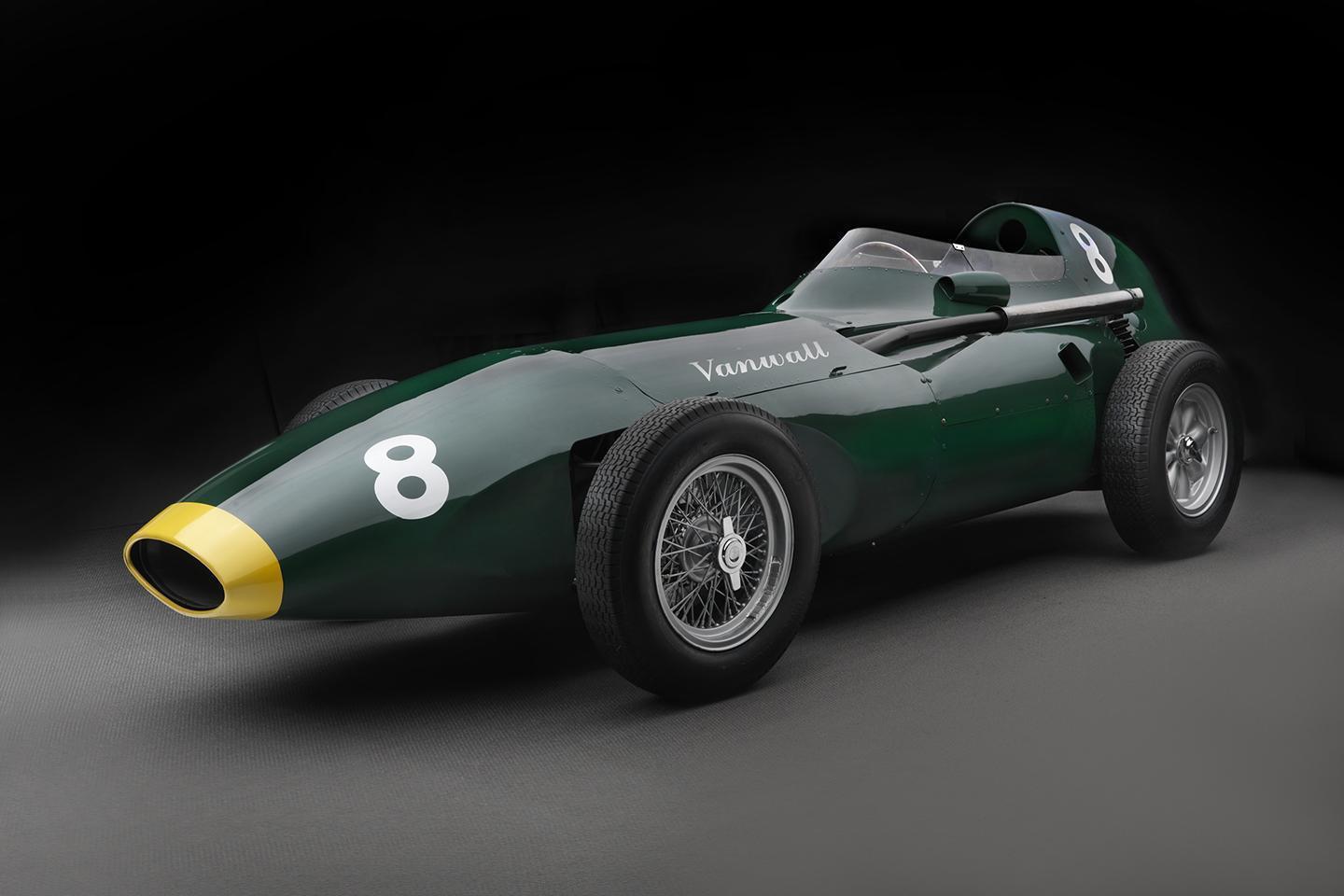 Legendary British racing brand Vanwall has been brought back to life 59 years after its last season in Formula 1 with the announcement of six continuation cars, which it claims will bring in the income required to begin development of a spiritual successor for the road and track. Tony Vandervell's defunct F1 squad is cemented in history as the first World Constructors' Champion, with the team having beaten Ferrari to the title in 1958 using its Vanwall VW5. This iconic four-cylinder car will be recreated by the newly formed Vanwall Group, with each priced from £1.65 million excluding taxes.

Five of the painstakingly accurate, original blueprint builds will be sold, with the sixth retained by Vanwall - now led by managing director Iain Sanderson, a former world champion offshore powerboat racer also known for commissioning the Lightning GT in 2008 - and used in its own historic racing efforts. The reborn marque has released some preview images of the 'new' 1958 car, which beat Enzo's team to the team title with innovations including a twin-cam engine with four water-cooled cylinders, a Colin Chapman-designed and Cooper-made multi-tube spaceframe chassis beneath that curvaceous low drag body.

Combined with the driving talents of Stirling Moss, Tony Brooks and Stuart Lewis-Evans, the Vanwall VW5 went on to achieve Vandervell's longstanding ambition to beat "those bloody red cars". His team did it in the first F1 season to feature a constructors' crown, and quite probably would have gone on to achieve more glory were it not for Tony's failing health and the eventual end to Vanwall's on-track activities in 1961. The marque has been fondly remembered ever since, but Sanderson reckons the "Vanwall name is too important to consign to history".

The recreation cars will be built as close to original specification as possible. That means a 2,489cc Vanwall engine - which famously borrowed technology from Norton's bike motors - will be mounted up front to provide the rear wheels with about 270hp. We're not given further confirmation of the running gear, but the original car ran with a Ferrari-derived four-speed gearbox, so we'd expect something very similar to that specification. Handily for the 'new' car owners, the 1958 design runs on conventional petrol, rather than the higher power-enabling alcohol fuels that were permitted by F1 regulations until 1957.

"The Vanwall story is untold to many, but it is a great British tale of innovation and achievement and shows what happens when the right team come together and push themselves fearlessly to reach a clearly defined goal," said Sanderson. "We think the time is right to celebrate this great British story of success. Faithfully recreating the iconic 1958 championship winning car with six, 100 per cent accurate and authentic continuation cars is a fitting tribute to their historic success. The DNA that made those cars so successful also serves as an inspiring foundation for the future of the Vanwall marque, which I look forward to sharing in due course."

All of the cars will be race eligible, providing the newly formed Vanwall Group with the first of several planned projects. The British company is said to be investigating, "how the historic Vanwall brand DNA could translate into a vehicle for the 2020s", with "studies ongoing into future road and race car programmes". Quite what sort of machinery a 21st century Vanwall could dream up using Tony Vandervell's philosophy is anyone's guess. But we're excited to find out.