The Speed has already impressed on track; how does it translate to the road? 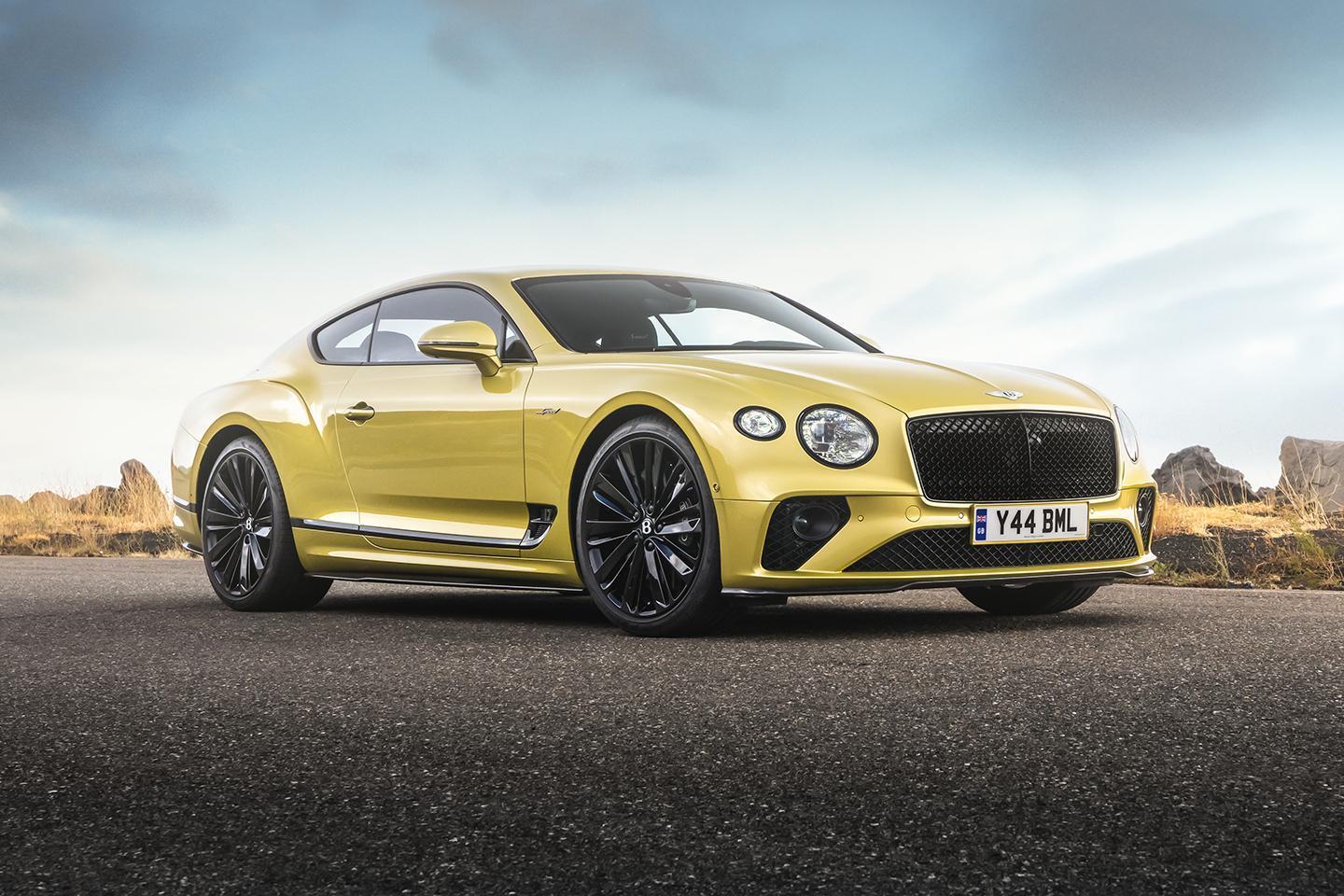 For almost 15 years now, the Speed has been the Ronseal Continental GT. Those after speed bought a Speed and speed was delivered, with more power each and every time. Here's a Bentley model that's never had less than 608hp from a 6.0-litre, 12-cylinder engine; in its most recent iteration, there was almost 650hp. Nobody could ever accuse the GT Speed of not doing what it says on the tin.

Only things are a little different this time around. Performance is abundant, of course - new turbochargers contribute to a 659hp peak, along with 664lb ft - but there's now a renewed focus on handling as well. So there's four-wheel steer for the first time, an electronically controlled limited-slip diff at the rear, a revised all-wheel-drive system and recalibrated ESC, the explicit aim to deliver a more engaging drive than previous Speeds. A more engaging drive than any current GT, in fact, Bentley suggesting that the hardware upgrades for the Speed have improved the experience over even the fleet-footed V8. And no, before you ask, the changes aren't coming to the 4.0-litre car anytime soon - flagship technology is for the flagship only.

Good news first: a car that impressed so much on track doesn't require a circuit to feel significantly improved. Though the Comfort and Bentley drive modes have been tweaked to take advantage of the new hardware, it's only in Sport where the full potential of the new bits is realised. That's when only 28 per cent of the power is permitted to go forward (and a maximum of 95 per cent can go back), and where both four-wheel steer and the eLSD have been tuned most aggressively. If the Speed is going to justify its billing, Sport mode is where it'll happen.

Even on the road and even at very sensible speeds, this is a significantly different Continental. There's a willingness to turn that completely belies its status as a front-engined, 12-cylinder car, diving into every turn more keenly than even the V8. Yet it is matched to a steering system that's unerringly consistent (and satisfying) in speed and weight - 4WS hasn't made the GT into a flighty tearaway. It just feels like a smaller and lighter one.

That eagerness is matched by mid-corner balance and exit traction; almost as soon as you've turned, you can jump on the throttle again, confident as in no other GT that the torque vectoring differential will come to your aid. It takes some getting used to, given the Conti has always been a nose-heavy car, but once you're positive that more gas will help the situation, the effect is as enjoyable here as anywhere. The latest Continental GT was already better than any previous generation dynamically, and technology has ensured the Speed is another step on again, being more agile and entertaining than the W12 it's based on. And speedier, of course.

Though not much speedier, it should be said. That enormous torque figure only matches the standard GT, and another 24hp isn't a lot on top of 635hp. Quicker shifts do help with the sense of accelerative urge (and are really, really fast) but you'd need a back-to-back to comparison to identify any real difference. Will that matter? It seems unlikely - nobody needed to go any quicker than the standard car. But don't buy a Speed expecting another level of performance - maybe that'll be the job of a Supersports variant one day.

Also new to this Speed are the options of an Akrapovic exhaust and the largest ceramic-brake system in the world, with front 440mm discs and 10-piston front calipers. From this experience, they both feel likes boxes worth ticking; the W12 still isn't the most musical 12-cylinder unit in the world, but the titanium pipes at least ensure some excitement. As well as shedding 33kg from the unsprung mass, the ceramics deliver great feel and immense performance, the pedal resolutely firm despite hard use.

That's not just on the road, either, but also a track laid out at Comiso Air Base. While Speed customers aren't likely to repurpose an old military base to cut loose in their cars, they may well fancy the odd track day or similar.It's much the same story: the four-wheel steer means it changes direction like a metre has been hacked from the wheelbase, and the newly calibrated assists are lenient enough to take advantage of the diff. The circuit experience makes it clear that the hardware has opened up an entirely new dimension for GT buyers - one notable for just how fun it makes the big Bentley seem. Be prepared to be surprised, if you even find yourself exiting a pit lane in one.

The fact the GT Speed combines this newfound handling edge with all the plushness and opulence of the standard car makes it little short of irresistible. If we're nitpicking, the Sport setting might prove a little firm in the UK, and it would be nice if one day a better brand of Bentley arrives with the standard kerbweight subtracted from rather than added to (the Speed's overhaul only adds 30kg or so, but it still pushes the car even closer to 2.3 tonnes.)

It's exceptionally good, regardless, which is handy for Bentley because it now replaces the standard W12 in the Continental line-up. The GT was already probably the most comprehensively talented grand tourer out there, thanks to its grandeur and palpable sense of occasion; the latest variant has deepened that impression by making it even better to drive fast. Which is exactly what a GT Speed should be doing, even if the name now sells its impressive array of talents a little short.