A final facelift sharpens the case for these two aged stagers 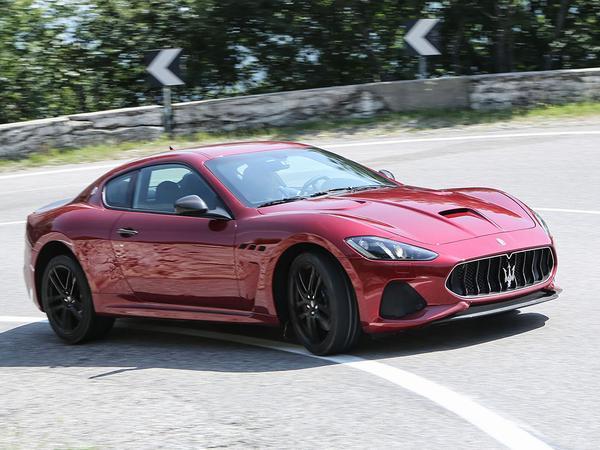 In an era when even sports car manufacturers want to talk up their green credentials at every turn, there's something glorious, if slightly guilty, in a car that manages less than 20mpg combined on the official economy test. It's a figure that, together with a power station rivalling 331g/km CO2 rating, proves the Maserati GranTurismo comes from a very different era, but also that its priorities haven't shifted since.

Not that the GranTurismo was meant to still be fighting its rearguard action for conspicuous excess at this point. Along with its GranCabrio sister, it has managed to escape the hangman's noose, defying the prediction made several years ago by Maserati's then boss, Harald Wester, that both would have been long since retired by now. Maserati's model plans have slipped, and Wester has departed, and both are now being given a final facelift to help them carry on to the eventual arrival of a new two-door.

This is a range trimming as much as a refresh, one that acknowledges the increasingly small role that the GT and GC play in Maserati's ambition to get to 70,000 cars a year. The former entry-level 4.2-litre V8 engine is gone, along with the option of an automated single-clutch gearbox that was formerly offered on the range-topping MC Stradale. (Maserati says the smaller engine was chosen by just 20 per cent of buyers, with fewer than one in ten picking the fast but lunge-prone MC Shift transmission.) From now on the only powertrain option will be the brawnier 460hp 4.7-litre V8 and the six-speed torque converter auto. The choice is limited to Sport or MC trim and whether or not to opt for a fixed roof. 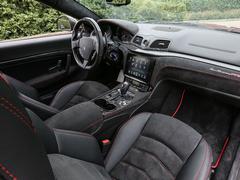 While the GranTurismo remains a handsome car, its fundamentals have not altered since it was launched in 2007. The imminent retirement of the current Bentley Continental and Aston Martin Vantage mean that the GT and its convertible sister are set to become the oldest swingers in town, with the 2018 model year revisions being limited to redesigned bumpers front and rear, new trim and colour options and some spec tweaks.

The most significant of these is likely to be the fitment of the touchscreen infotainment system from the Levante, replacing the late Palaeolithic sat-nav that provided as many laughs as actual guidance. This works well and, by itself, makes the car feel much more modern: the intuitive interface rendering the continued presence of a secondary turn-and-click controller almost entirely redundant, but its grafted-on nature is evident in the fact it doesn't communicate with the far older-school digital display that sits between the instruments. Other stuff that buyers in this rarefied segment would normally expect to find as standard is conspicuously absent as well; no blind spot monitoring or active safety features, no radar cruise control, not even a keyless start - the Maserati still using an actual key that looks suspiciously like a late 1990s Alfa Romeo item. 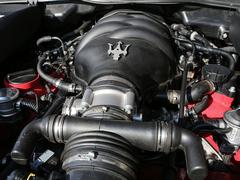 Come for the engine

Yet for some the GranTurismo's very lack of tech has become a part of its appeal - it's definitely an analogue sports car in a digital age. Steering still uses hydraulic rather than electrical assistance, with switchable modes limited to a single 'Sport' button and fully defeatable stability control. And what's not to like about a naturally aspirated V8 that's built by Ferrari in Maranello?

Starting in a GranTurismo MC, it's obvious that the engine remains the star of the show. The V8 lacks the low-down punch that defines more modern turbo units, but it also does without their swelling power delivery. Throttle response is outstanding, at least it is once the surprisingly slushy autobox has wound up its torque converter, and the operatic noises that come from the top quarter of the rev range are achieved without any acoustic management or digital enhancement beyond switchable flaps in the exhaust. You could drive a very long way in the GranTurismo and, apart from the need to fund its serious fuel habit, never get bored of the way the engine sounds and responds.

The GranTurismo's chassis delivers similarly rich sensations, although not all are entirely welcome. The steering is alive with the sort of low-load feedback that EPAS systems tend to filter out as unwanted noise. The rack is lower geared than many more modern systems, making for more arm twirling in the tighter stuff, but there's still a sense of dynamic connection that many sports cars have lost in the quest for improved speed and accuracy.

The GranTurismo has always been, to be frank, a bit of a pudger, and sports cars have got lighter and more lithe since it was launched. On twistier roads, the MC's claimed 1,873kg mass becomes more obvious, the P Zeros producing plenty of grip but the MC's front end starting to run wide surprisingly early in slower corners. While it is possible to neutralise a wandering cornering line by easing the throttle, the engine's lack of low-down firepower means the on-throttle handling balance doesn't feel quite as rear-led as you might expect a car possessing such potent numbers to. It takes commitment bordering on abuse to persuade the rear end to relinquish adhesion first.

The bigger problem, certainly given the GranTurismo's eponymous cruising mission, is the MC's suspension. While the cheaper Sport still uses 'Skyhook' adaptive dampers, the MC has firmer fixed rate dampers, which felt too stiff even on mostly smooth Italian tarmac. The MC's louder exhaust also produced some droning harmonics from the back of the cabin at cruising speeds; it feels like it's trying a bit too hard to be the hardcore sports car that it really isn't. 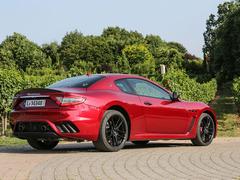 Blow the roof off

Switching to the GranCabrio MC, which has just become the most expensive current Maserati, shows that the open-topped car struggles even more with rougher surfaces, the chunky suspension settings revealing the body's relative lack of torsional rigidity. Handling is similarly less precise, the GranCabrio lugging another 100kg of mass on Maserati's figures.

It's certainly not terrible; the BMW M4 cabrio feels equally wobblesome on a bumpy road, but the chassis settings just don't suit the car. Beyond sunburn and a wind-styled bouffant, the open roof does bring one other significant advantage, though - an even greater appreciation of the V8 soundtrack.

Yet all isn't lost; a final turn in a GranCabrio Sport reveals that the adaptive dampers do a much better job at keeping occupants comfortable over corrugations, even their turned-up Sport mode being more pliant than the MC. Given the Sport GranCabrio costs £8K less than the MC and seems better-suited to the role of relaxed tourer, that's close to a no-brainer, surely? 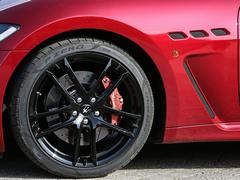 The problem with the long lifespan and vertiginous depreciation of luxury sports cars is that new versions often look very expensive. With GranTurismos in the classifieds starting in the mid-20s that's certainly the case here; spending four times as much on a new one will get you a very similar car. Yet for all the GT and GC feeling old, this is also a segment that plays by irrational rules, where emotional appeal counts for more than any other part of the market. There's no shame in still lusting after a GranTurismo or GranCabrio, but it's also fair to say that we're looking forward to meeting their replacements.