Sleeker, sportier, more high tech - emboldened new Panamera looks like a force to be reckoned with 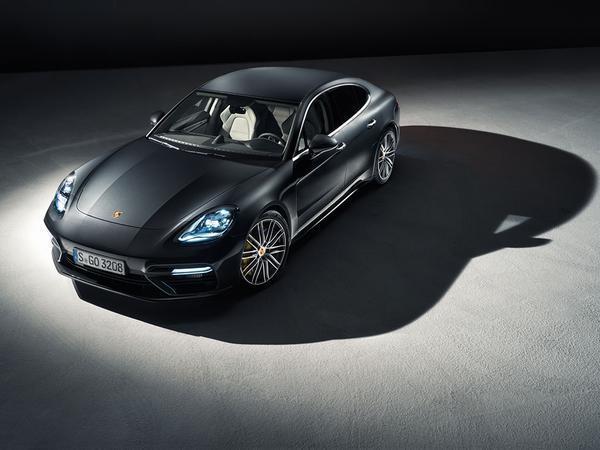 in a run up the hill at the Goodwood Festival of Speed full information and pictures of the all-new, second-generation Porsche Panamera have now been released. And here it is! 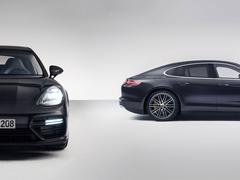 Where to start? Let's go with the looks. If the proportions and general design themes don't look like a huge step on from the existing car, closer examination reveals a significant increase in confidence, with bolder detailing, smoother proportions and a decided step towards the sportier end of the luxury saloon/coupe sector. By the numbers there's a little more wheelbase (+30mm) pushing the front axle forward and reducing the front overhang, plus an additional 35mm overall adding up to 5,050mm. It's 5mm wider and taller too but the roof swoops more drastically and is 20mm lower over the rear compartment for a sleeker look. Headroom is said to be improved at the same time.

These are relatively minor tweaks to the overall proportions but they make a big difference. If not conventionally beautiful it's definitely impressive and much more comfortable in its own skin than the outgoing car, which evolved from relatively tentative beginnings into something more assertive. This carries that theme to new extremes, though most people will probably notice the bigger side vents and 718 Boxster/Cayman style rear lighting strip before they take in the overall changes.

Engines take a decided step to the more powerful too, the V6 and V8 petrols derived from units also seen in recent Audis and adopting the 'hot-V' format of turbos between the cylinder banks now seen in many modern motors. The 440hp 2.9-litre twin-turbo V6 in the Panamera 4S is up 20hp on its current equivalent and has 407lb ft of torque between 1,750rpm and 5,500rpm. 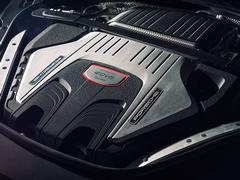 looks a little under-endowed in comparison and Porsche claims it will be - for now - the world's fastest production diesel car. Tech-wise it's got some clever stuff going on, including two variable vane turbos configured sequentially, the second not kicking in until 2,700rpm.

Big daddy remains the petrol turbo though, now with contra-rotating inboard twinscroll turbos to help deliver 550hp and monstrous torque of 568lb ft from just 1,950rpm. That's 10hp down on the outgoing Turbo S but the torque comes in sooner and with Sport Chrono the new Turbo is two tenths faster to 62mph than the outgoing S at 3.6 seconds, both cars topping out at 192mph. As the range expands there will no doubt be a new Turbo S to follow too, just in case these figures leave you feeling a little short-changed. Further additions are yet to be confirmed but you'd have to expect an entry level V6 petrol, a hybrid and perhaps a six-cylinder diesel too. Don't hold your hopes out for a naturally-aspirated 4.8-litre V8 GTS like the one we've been enjoying the last few days though.

So much for the performance, which you'd expect to be suitably impressive. Perhaps even more significant is the interior, which marks a huge step forward for Porsche and puts the Panamera in an entirely different league compared to anything else in the current range. Yes folks, it looks like Audi may have been usurped as the lazy motoring hack's interior quality benchmark of choice! 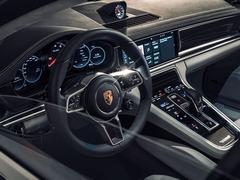 The basic look and layout are familiar. But the application of technology is a huge step forward, touch-sensitive controls replacing the button-intensive set-up used by all current Porsches. The signature central rev counter remains an analogue dial but the rest is all digital, based around two seven-inch displays either side and a central 12.3-inch touchscreen in the centre. This really is next level stuff and a serious wake-up call to luxury cars across the board, putting Porsche at the very head of the pack in terms of technology, style and the kind of surprise and delight interaction modern luxury cars can offer. Yes, we've only got the pictures to go on. But even from these it looks like it'll be giving rival products some serious night sweats.

If, at first glance, the new Panamera looks to be more of the same when you delve deeper the significance of the changes to design, tech and stature are much more significant. If the first Panamera was something of a finger in the wind this new one brims with new-found confidence and sees Porsche properly asserting itself in the luxury saloon sector. We look forward to seeing it in the metal.