Is it still a test prototype if you're showing it in public? 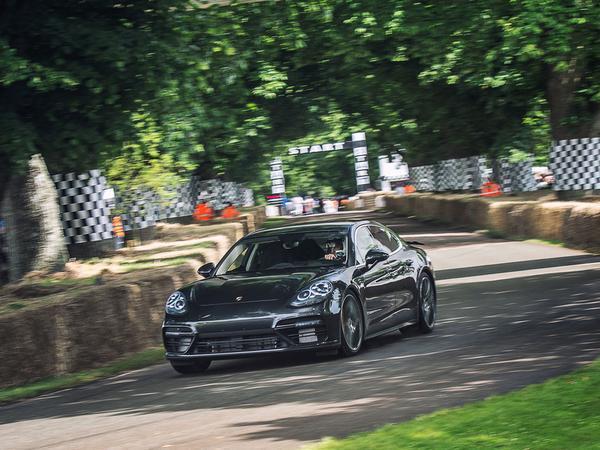 It won't have escaped your attention that the Goodwood Festival of Speed is now the de facto British motor show. In amongst the incredible machinery going up the hill are dozens of manufacturer stands, giving punters a chance to look around some new cars. Now it appears the Goodwood hill serves as a test facility too, as Porsche showed off a disguised Mk2 Panamera to the Festival of Speed crowds. 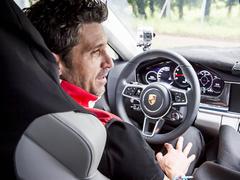 Perhaps that's a little disingenuous, given the car itself is set to be revealed in the near future. And Renault has done it previously with the Renaultsport Clio. But now we have to guess at the details of this Panamera ahead of a full unveil.

It's clearly still a large, four-door saloon, so there's nothing too radical changing there. The Panamera appears more dynamic though, the roof looking lower and the glasshouse a little narrower than before. Panamera detractors will say it's not hard to make the current car look more dynamic, but the signs are good. Note as well the carbon ceramic brakes on this car and the vents behind the front wheels.

There's a better look at the interior here than we've seen before, plus some arty close ups of Patrick Dempsey. As before there's a strong 911 influence, with this car receiving the new Sport Chrono switch mounted on the smaller, 918-inspired wheel. The dials appear to be TFT as well, but beyond that it's just black cloth for now!

With new rivals in the shape of the updated Maserati Quattroporte, the latest 7 Series and the Audi RS7 Performance, the Panamera will face no shortage of opposition when it does goes on sale. Expect full details, with actual paint and without Patrick Dempsey, very soon.