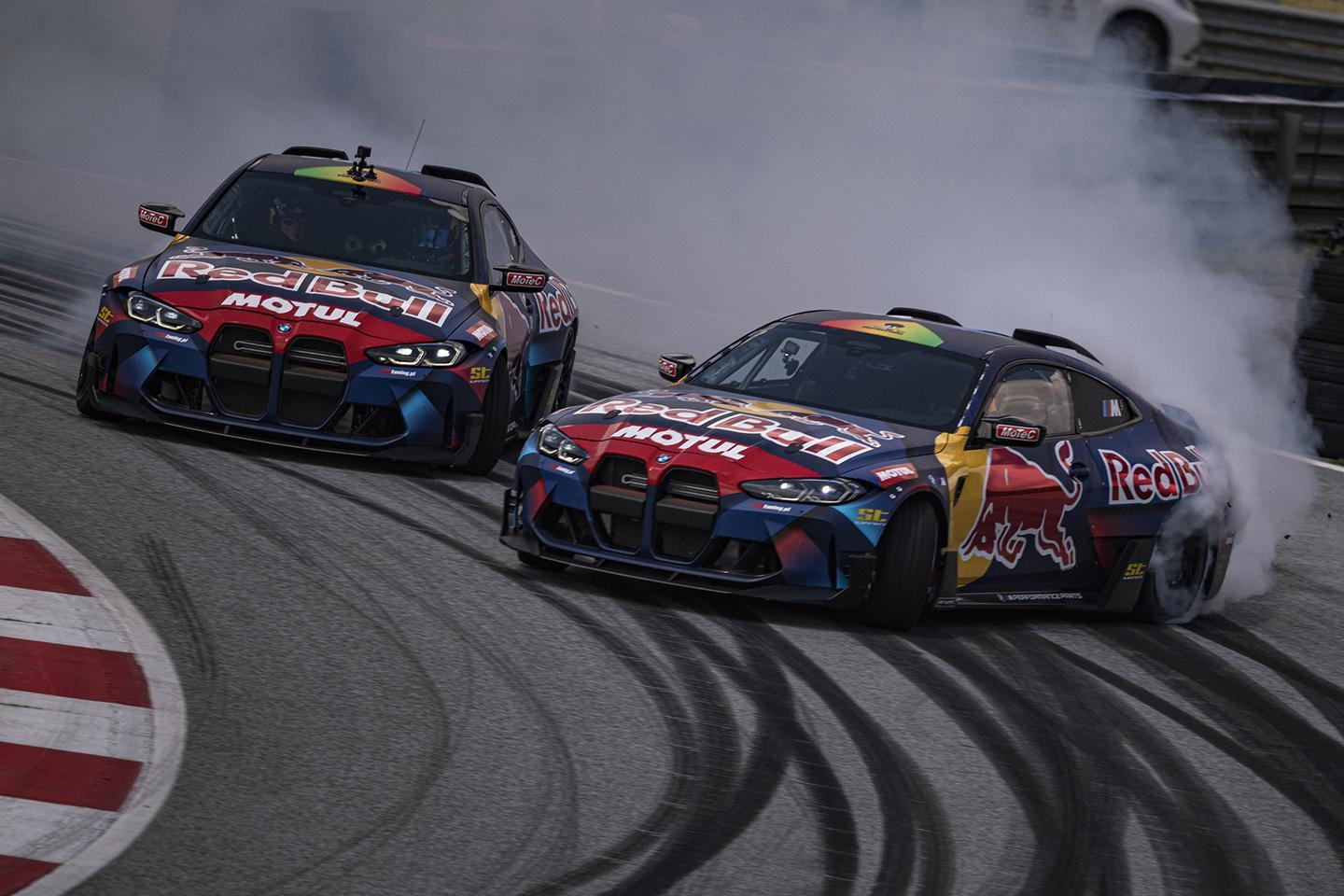 Across their various bodystyles and powertrains, it's always been possible to count on a BMW M car for oversteer. Nothing is more quintessentially BMW than an engine up front and power to the rear (or rear-biased all-wheel drive, at least), the best M flagships always capable of slipping and sliding better than pretty much anything else.

The new M3 and M4 are no different, and therefore make the ideal bases for drift cars - like many a 3 Series Coupe has over the years. With a tuneable turbo straight six, long wheelbase, rear-wheel drive and the M diff, you could hardly wish for a better foundation. So that's exactly what the Red Bull Driftbrothers have built for 2021.

Elias and Johannes Hountondji will compete in this year's Drift Masters European Championship with the pair of race ready G82 Competitions you see here. As is often the case with drift builds, the most notable upgrades - despite the wild exteriors - are to be found under the bonnet. With new turbos, a new cylinder head and port injection, the 3.0-litre S58 is now producing an enormous 1,050hp and 951lb ft.

Which, as this video shows, is more than enough for an enormous tyre fire. The Hountondji brothers are joined at the Red Bull Ring by BMW M CEO Markus Flasch and, well, it'd be rude not to show off to the boss what the new car can do. The fact that Flasch looks genuinely perturbed by the experience shows just how extreme the twin drifting is. As does his rather tame attempt following the Driftbrothers...

With the cars now complete and seemingly very capable, Elias and Johannes will begin competing in this year's Drift Masters European Championship from next month. With 56 drivers representing 22 different countries in 2021, competition will be tough. But there'll only be two 1,000hp M4s with exhausts where the rear windscreen should be - and they look to drift just as well as anything else out there.