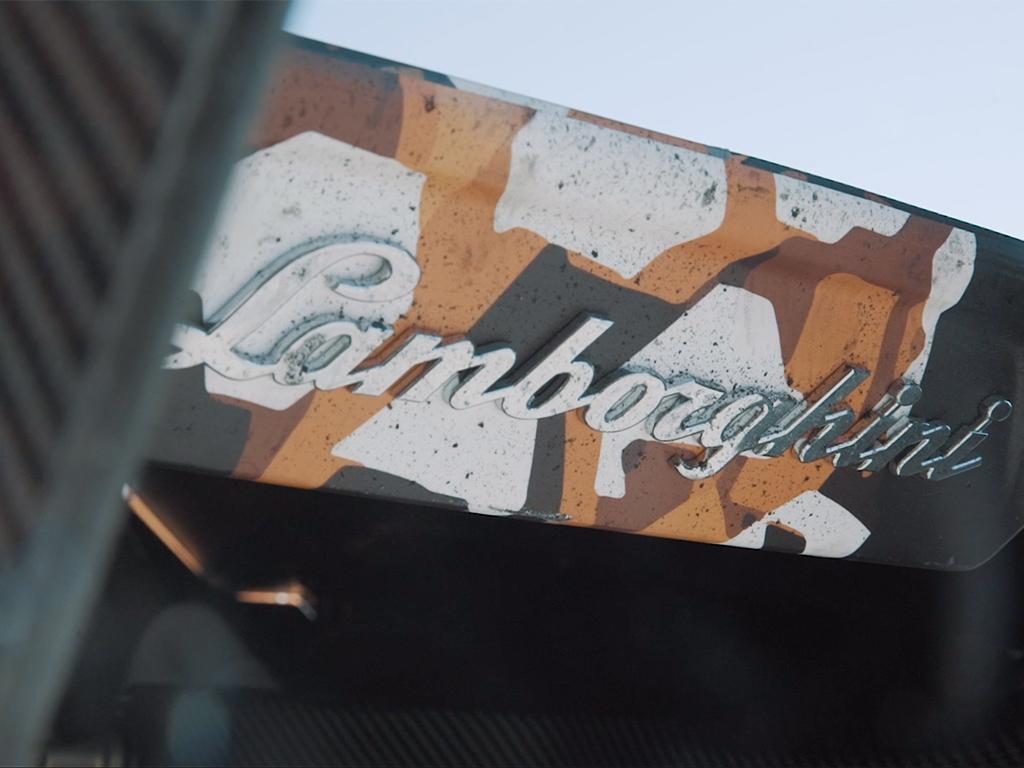 While the 770hp SVJ represents Lamborghini's most extreme vision for its road-going V12 flagship, the manufacturer clearly feels that its Aventador platform has more to give. To wring every last drop from the hypercar, however, it needs to go further even than the one-off SC18 of two years back, a car which retained its licence plates despite gaining a significant quantity of track-focussed features.

We've already been treated to a handful of shadowy teaser images of what comes next, as well as a brief clip of the 830hp 6.5-litre V12 which will power it - both seen below. Now, however, Lamborghini's Centro Stile and Squadra Corse departments have released another video, showing the circuit-only car in its natural habitat.

The first shakedown runs depicted here are said to have occurred several weeks ago, prior to the closure of the marque's Sant'Agata premises. The footage not only shows the enormous carbon wing, roof-mounted air scoop and vent-encrusted bonnet alluded to previously, but also reveals a good deal more of the incredibly aero-focussed design.

The elongated bodywork sitting atop the aluminium front frame and carbon fibre monocoque looks to be fairly minimal, with skinnier exhausts and large gaps around the huge diffuser giving a clear sight of the engine. The front and rear lights have been replaced with far slimmer designs, thin strips at the rear and low-mounted LEDs sitting on the forward bumper, allowing for a cleaner profile somewhat reminiscent of Porsche's famous 935 K3.

There's no word on performance yet, though an "innovative self-locking type differential" is promised to provide improved track handling, and the combination of an 830hp V12 and that bonkers body is hardly going to be anything less than fast and fun in equal measure. The finished car is set for its world premiere this summer, with its development seemingly far enough down the line that it should remain on track despite current events. When it comes to signs that the automotive world is returning to normal, Lamborghini releasing a crazy new V12 hypercar must be close to the top of the list.

The idea of a track-only hypercar built on the bones of the Aventador had us intrigued when we learnt about it a few months ago. Now, with its debut in sight, Lamborghini Squadra Corse has treated us to a clip of its V12 firing up in the Sant'Agata Bolognese factory this week. Hearing the naturally-aspirated 6.5-litre, and knowing that it develops 830hp, has suddenly re-piqued our interest.

Sure, the new model won't be alone in the super-niche circuit-only niche - nor even the solo entry in the atmospheric V12 segment. But something tells us that Squadra Corse is cooking up something special for what might yet prove to be the engine's swansong. And that something is our ears and eyes.

Otherwise, Lamborghini still isn't giving a huge amount away: the car will feature an aluminium front frame and a carbon fibre monocoque, alongside a large rear wing, airscoop on the roof and a racing hood with dual air intakes, and it gets an 'innovative' self-locking diff for better drivability on track. We await a name and much else besides...

Lamborghini has taken advantage of the final round of its in-house racing series to (partially) show off two upcoming models. While the European, Asian and North American iterations of the marque's Super Trofeo championship came to a close on track, a racer of a different kind was debuted off it. The Urus ST-X, set to compete in the world's first 'Super SUV' series next year, uses the same twin-turbo V8 engine as the road car, yet is 25 per cent lighter thanks to a new structure. But we already knew about that.

The bigger news comes in the form of a shadowy silhouette, said by Lamborghini to show a new track-only hypercar set to arrive next year. Despite having been developed by the manufacturer's Squadra Corse department the car won't see competition, but will benefit from a host of tweaks designed to get the most out of that naturally-aspirated V12 - perhaps for the final time before it's replaced by a hybrid-assisted set-up.

Featuring an aluminium front frame joined to a carbon fibre monocoque, and housing a steel roll cage within, the design aims to "guarantee the highest standards of safety" while maximising "the torsional and bending stiffness characteristics." To that end the six-speed sequential transmission - to which the suspension arms are directly connected - takes on a structural load-bearing role, offering "optimal kinematics and a significant improvement in stiffness to weight ratio." A self-locking differential that can be dynamically adjusted by the driver, depending on the circuit and the conditions, also speaks to the car's all-out track focus.

Debuting next year in a limited-production run, the car's enormous rear wing, roof-mounted air scoop and huge front splitter all hint at the aero ability required to get the best out of the 830hp produced by that 6.5-litre naturally aspirated V12. If this is to be its final un-electrified bow, then what a way to go...