Six years on from launch, here's what you need to know to buy the best used GT-R

. Instead, Nissan took the car the Nurburgring and knocked in a 7min 29sec lap on standard tyres, albeit with factory test driver Toshio Suzuki at the wheel. Suzuki even claimed the lap was not as fast as it could have been due to a couple of corners being damp. 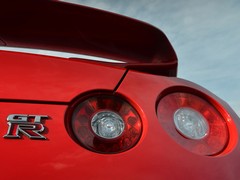 Not a Skyline but recognisably a GT-R

The time immediately caused controversy among other supercar makers, who claimed the time was not possible on road tyres. Regardless of this, or perhaps because of it,

instantly gained a reputation as a giant killer. This was helped by a starting price of £56,795 when the

However, it didn't take Nissan long till it increased the R35's performance with the Spec V, which cost £124,900. Only 40 made it to Europe officially, identifiable by a carbon fibre spoiler, grille and brake ducts, unique wheels, tyres and suspension, only two Recaro seats in place of the standard car's four, and carbon trim inside. It also has an overboost function to increase power in short bursts, while carbon ceramic brakes give better stopping power. 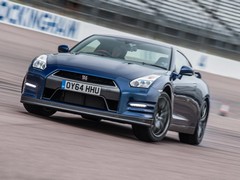 , Nissan had improved the specification of the standard R35 with re-rated front springs and dampers to address some critics' comments about the ride being too firm. This came hand in hand with increased cornering grip and was further helped by stiffer rear radius rod bushes. There was also reprogrammed software for the six-speed dual-clutch gearbox to avoid axle wind-up during low speed manoeuvres when the transmission fluid was still cold. Nissan also altered the downshift pattern of gearchanges to give more aggressive changes in lower ratios.

A year later in October 2010, Nissan introduced yet another round of enhancements for the R35, which included engine power going up to 530hp. The shell was stiffened with braces between the front suspension struts and under the dash panel, while the rear suspension's roll centre was lowered. Nissan also allowed customers to maximise standing start performance through the R mode, though this only works when the gearbox is within safe temperature limits. There were also styling changes on the outside and for the interior, while the price had now edged up to £69,950.

Yet more revisions arrived for the start of 2012 with power now up to 550hp but coupled with lower emissions and fuel consumption. A new asymmetric suspension set-up for right-hand drive GT-Rs was introduced, while the body was made even stiffer and the gearbox was further refined to give a better feel. 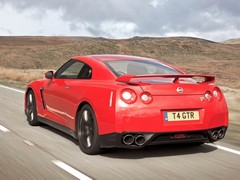 Never ones to let the grass grow under their wheels, Nissan has most recently improved the R35

with yet more tweaks to the suspension with revised anti-roll bar and bush settings. The brakes were recalibrated to give a more progressive pedal feel and the steering was fine-tuned for easier town driving. For

, the GT-R has dampers with softer settings for greater on-road comfort and retuned engine and gearbox management systems.

Not content with that lot, the GT-R NISMO was launched in February 2014 with 600hp and changed aerodynamics that offer 100kg of downforce at 186mph. Coming full circle, the NISMO took the production car lap record at the Nurburgring with a time of 7mins 8.679sec. A 2015 NISMO Track Edition is also due to arrive to bridge the gap between the hardcore NISMO and standard GT-R models.

We'll concentrate on the earlier GT-Rs for this guide that are now widely available from around £35,000 for a 2009 car, which means the GT-R remains a great performance bargain.

PHer's view:
"I love the speed, power and performance of the car. I also love the look although even within the GT-R community this can be a little divisive. I think having a black one helps in that regard as for some reason some of the other colours don't look as muscular."
Tim Burton