A £200k (!) JDM motorsport special heads our trio of finds in the classifieds this week 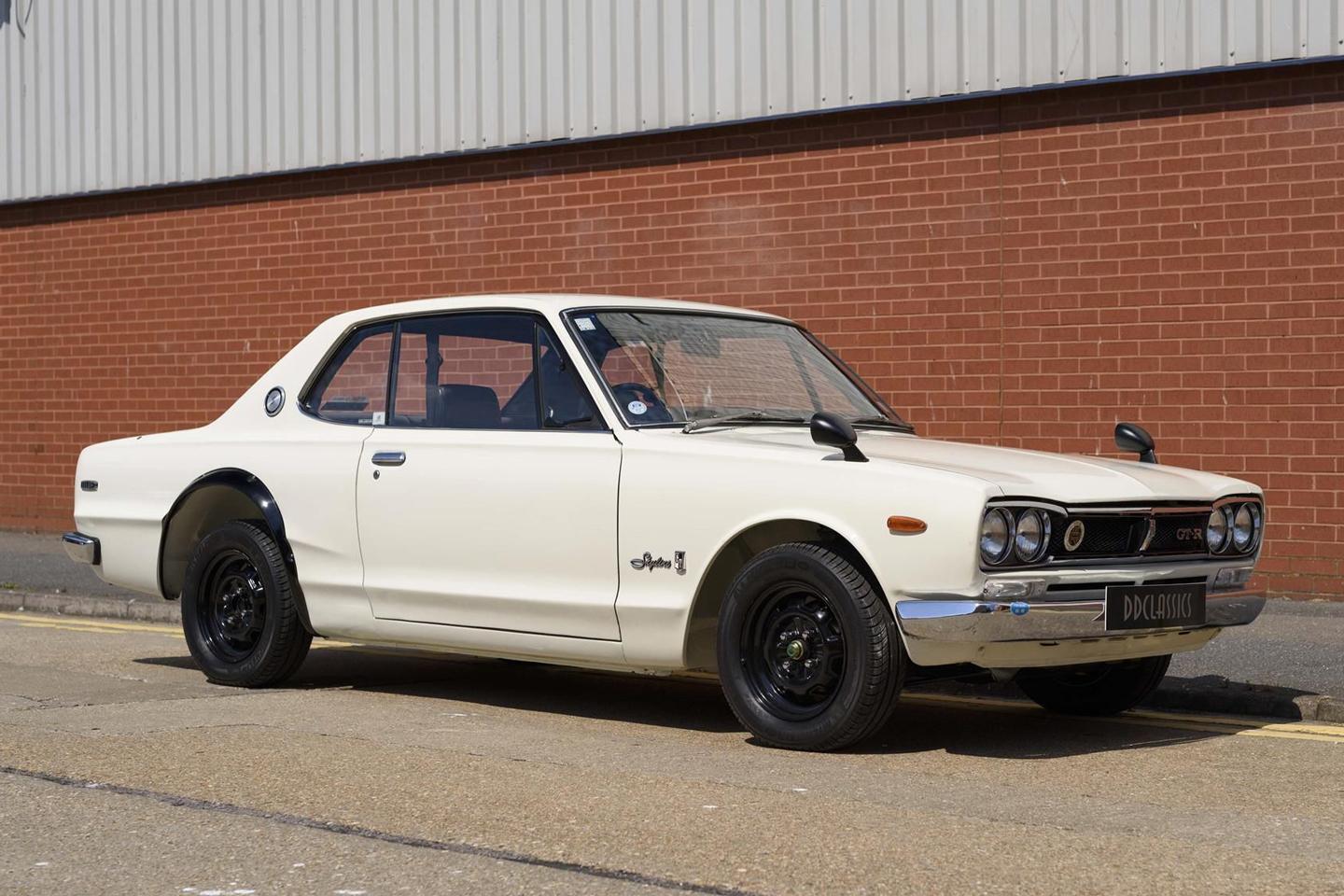 I love Japanese cars. Blame Gran Turismo, blame Fast & Furious, blame a new silly Subaru almost every week in the early 2000s. Whatever the cause, there’s no stopping it now: the Lotto win garage would have as many Spoon Hondas, four-rotor Mazdas and RS Evos as I could lay my hands on.

But this would be first. The Hakosuka, or KPGC10 to give the car its more prosaic, official title, is the beginning of the Skyline GT-R legend. For those that don’t it, this car came about when Nissan acquired Prince in the late 1960s and evolved its existing Skyline; determined to beat Porsche on track, a 24-valve straight-six - the famed S20 - was crammed into a four-door Skyline in 1969, birthing the very first GT-R. The two-door followed in 1971. As did 49 victories in domestic motorsport. Consecutively…

Hence the legend, the reverence, and this stunning car being for sale at… £200k. Which is enormous money, if already £35k off what it was first listed at. But for a JDM nut, this holds way more appeal than pretty much any 911, E-Type or V12 Ferrari this money (or a lot more money) possibly could. So, in that way, it’s almost good value. Or perhaps that’s just the fanboy talking…
MB

As a French hot hatch fiend who’s recently turned 30, there was no better car for me to ponder this week than the 309 GTI. Also coming from 1990 (as all the best things do), it’s a remarkable survivor. Despite being hailed as even better than the 205 GTI to drive, the 309’s dumpy styling just didn’t cut it when new alongside the smaller hatch’s pert good looks. So fewer were sold in the first place; some would have inevitably been crashed (because even a French hot hatch less prone to oversteer still does it a bit), then eventually driven into the ground or scrapped when values were on the floor.

Given all that, for this one to have made it 30 years without modification or misadventure is quite the feat. It’s only covered 16,000 miles, too - I’ve probably done more miles on foot in my three decades - and is being sold with history so extensive it even includes the original (hand-written!) order form. It’s a 309 for the discerning (as well as wealthy) collector then, really, not for an eager scallywag in love with a Clio 182. But given Peugeot’s reputation in the field, it’d be nigh-on impossible to resist just one exploratory drive. Or perhaps two. Then preserved for the next 30 years, honest.
SS

Cheap Quattroportes aren’t anything new – Mike D nominated one for Brave Pill at the start of 2020 – but finding one as immaculate as this one for under £10k still feels significant. With what the seller describes as a full and extensive service history, and only 55,525 miles on the clock, this 2005 QP is probably about as safe as a Ferrari 4.2-litre V8-powered Maserati can get. Which is to say still pretty risky, but inevitably reduced by the modest amount you're risking in the first place.

Regardless, it could also be chalked up as the kind of investment which goes beyond the tedious question of money lost or gained. In the case of the Quattroporte it centres on those timeless looks and the 400hp Ferrari motor powering them. Sure, there are better luxury cars - but very few with a soundtrack to rival the Maserati.

This one’s particularly well equipped, too, with about every option available added to the appeal of telling everyone you own a Maserati. Of course there are several valid reasons why the car costs a fraction of its original price. But I've chosen not to think about it.
HR