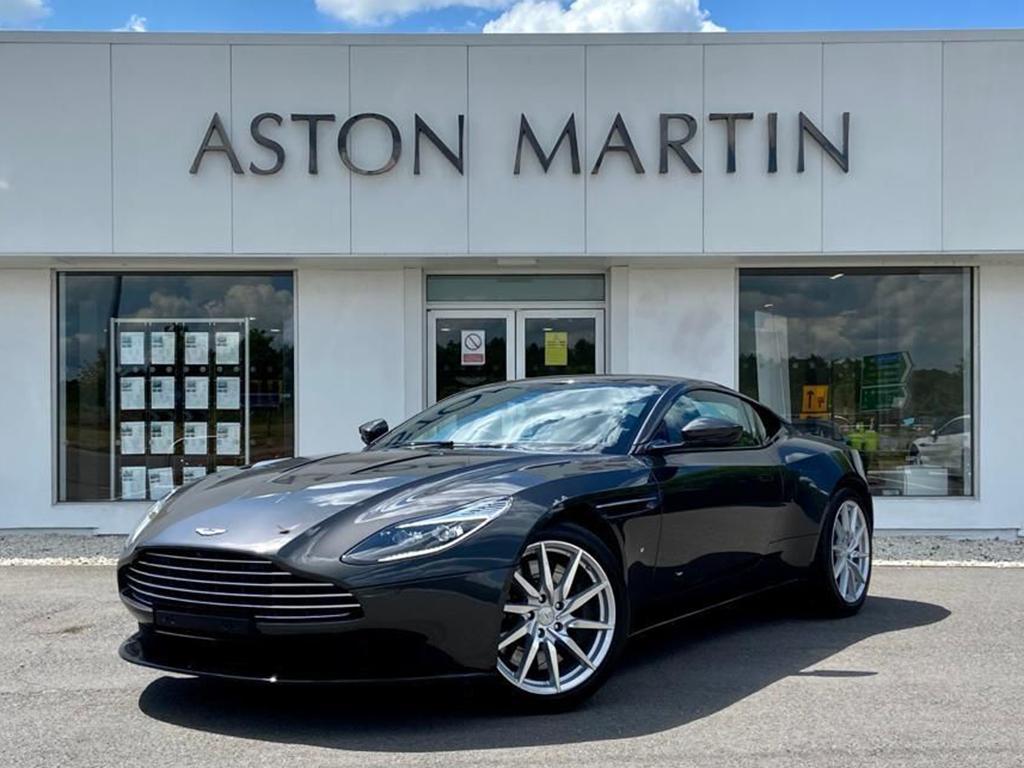 Cast your mind back to 2016 (if possible, post-lockdown) and the big news for Aston Martin that year: the DB11. All was well back then, the VH cars having (eventually) bowed out triumphantly and the Second Century ready and raring to go with this new super GT. Replacing the DB9 would be difficult - it being the car that came to define 21st century Aston Martin - but the DB11 had a lot going for it on paper: as well as the new platform it had a vastly more powerful V12 (also entirely new) and it was the first Aston to benefit from Daimler's influence.

We needn't have been concerned, for the DB11 showed off Aston's know-how and ability in emphatic fashion. While it seems a lifetime ago now, the Second Century was off to a formidable start. Concerns about a turbocharged V12 were allayed by the 5.2's rich character and eager responses; the familiar Mercedes architecture inside didn't jar as some thought it might and the DB11 remained as luxurious and inviting as we'd all hoped for from a modern Aston. It was, if not a resounding success, then fairly considerable one.

Some concerns existed dynamically, where the DB11 was considered by some to be a little too soft and squidgy, not quite able to cut it with the very best on offer at its £170k asking price. Those concerns were addressed by later V8 and AMR variants - the latter in fact one of the very best recent Astons - but there remains plenty to recommend the original version. It has more performance than any buyer will ever need - light years ahead of any DB9, and only really lacking if you've experienced a DBS Superleggera - as well as styling that is wearing really nicely, impeccable refinement and a sense of connection heavier rivals from Mercedes and Bentley struggle to match.

This particular DB11 is just about half its new price, at £86,900, having covered 26,000 miles since 2017. Once upon a time that would have looked a startling amount for an Aston, but hopefully here reflects just how well suited the DB11 is to covering distances. It's a 'Timeless' certified pre-owned car from Aston Martin Birmingham, which will add reassurance, finished in Quantum Silver with Obsidian Black leather. Given some of the early specs that appeared, this one is remarkable restrained and pleasingly discreet. Sometimes there's nothing wrong with playing it safe!

Now, obviously, £86,900 is more than most of us will ever spend on a car, and anyone spending it on a DB11 now in the hope of getting that amount back would be a fool. But when a new AMG C63 S is a few options away from £90,000, a basic 911 Cabrio (with 220hp less) starts somewhere similar and a new DB11 AMR would be £180,000, it's easy to cut the 2017 car some slack. It looks an awful lot of style, speed and sophistication for the money, put simply. But, finally, if all that is insufficient convincingly, know that an early version of the current, turbocharged Vantage now costs about the same money as this DB11 as well - you're spoilt for Second Century Aston choice!