Now, I'm not about to get into a flaming war with Steve Sutcliffe over this. But, respectfully, I beg to differ with his view that anyone flying a flag for manual transmissions is a Luddite. 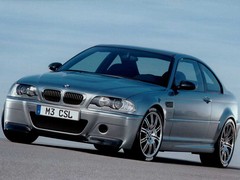 Actually I don't. We probably are. But it's something to be proud of, not ashamed about.

You can read Steve's blog on the subject here. But he's bang on that there's no future for the manual gearbox given that manufacturers don't really want them, drivers don't really want them (well, the majority of drivers) and on road and track automated gearboxes are faster, more consistent and, increasingly, more efficient than their manual counterparts. That two quintessential drivers' cars - the Renaultsport Clio and 911 GT3 - won't have a manual option in their forthcoming new versions tells you all you need to know about how the manufacturers of those two hugely respected cars see the market is going. Indeed, BMW was there a decade ago when it offered the M3 CSL as an SMG-only deal. And that hasn't exactly harmed its reputation or desirability. 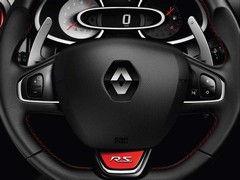 Dual-clutch only for new Renaultsport Clio

Steve asks if we'll really miss changing gear ourselves. Well, a few of us will, me included. And we'll probably continue driving cars that let us do it. Because we want to, not because it's faster, more convenient or any other logical reason.

Nobody rides a horse any more because it's a useful, viable means of transport. And yet plenty of people put an awful lot of time, money and effort into keeping their nags for the sheer pleasure of it. If there was no romance in it we'd just end up putting them in burg- ... oh.

Some redundant technologies inspire this kind of passion, others don't. There are plenty of vinyl junkies out there and, again, there's satisfaction and a geeky pleasure in the inconvenience and imperfections of the format that outweighs the guaranteed quality and accessibility of CDs or downloads. But while I'm sure there are still fans out there you'd have to be pretty bloody minded to feel the same way about cassettes. 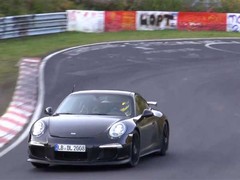 And it's the same for the new GT3 too

Steve's frustration at the fluffed changes in his TVR race car that wouldn't have happened had it been equipped with an automated shift brings us full circle too. Mightily annoying at the time for the man at the wheel. But a treat for anyone spectating and watching an angry Sutcliffe carve his way back through the field. Is it about now we start a campaign for manual gearboxes in F1?

So he's mainly right. For mainstream manufacturers and racers, wannabe or actual, for whom every second counts the manual is effectively dead. But I'll miss them when they're gone, and I'm sure I'm not the only one on here. Let the diehards' bleating commence: "three pedals good, two pedals bad!" I'll be joining in!