Home/Regulars/PH Opinions/PH Blog: Porsche and the rise of the machines

PH Blog: Porsche and the rise of the machines

Nope, Dan's not done musing on the Porsche 991 and why it's the manual gearbox that saves it

So, one week on from posting

the PH review on the Porsche 991

and how am I feeling about it now? Well, I can't lie, writing that roadtest involved more than a bit of soul searching. And quite a few re-writes.

The 991 is a massively significant car for the likes of us though. And my thoughts and feelings towards it have veered from one extreme to the other since driving it. Indeed, from reading the press pack. Those initial worries about it being overly computerised were partly calmed on driving it - Porsche has done a fantastic job of keeping the computer assistance in the background and an Audi RS5 it is not. But even though it feels authentic the more I think about it the more I worry about the fact that pretty much every input you make in the car has to go through some sort of computer filtration before being actioned. Brilliantly honed and very subtle in action but there nonetheless. We hacks prattle endlessly about feedback and such things but it's the fact 911s don't treat the driver like an idiot that's made them so appealing to those of us viewing driving as more than just a means of transport. 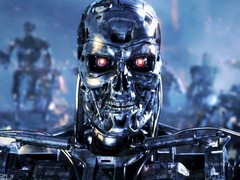 You fight this with a manual gearbox?!

And I think that's why I was so relieved when I got into the manual version. It was, in a way, a last act of defiance against the machines. If I wanted to drive everywhere in first gear I could. If, more pertinently, I wanted to eke out that magnificent (and computer contrived, natch) scream in those final 300rpm for as long as possible I could.

There are other nerdy little details too. Call me a Luddite but I quite like the idea of a mechanical LSD in the back rather than an electronic one like you get with PDK. Only if you tick the box for PTV of course.There's also the small matter of the manual gearbox saving 20kg from somewhere in a 911 you really want as little extra weight as possible.

Little things but enough to make a difference in my book. And why, personally, the only 911s that really float my boat are ones with two driven wheels, a fixed roof and three pedals. Turbos do present me with a bit of a dilemma, admittedly. But if I had to really narrow it down I'd say either a basic Carrera 2 manual with the minimum of options. Or something with GT3 in its name. My apologies to the cabrio fans - and there are more on PistonHeads than I thought - for this rather uncompromising approach but each to their own and Porsche is nothing if not generous in accommodating every taste!

And credit due to Some Gump for the brilliant analogy for Porsche's options policy in the comments after the number crunching story. If you missed it I've pasted it in below for your enjoyment. Well done that man! In the meantime I'd better prove I'm capable of extending my writing beyond endless Porsche musings...

“@ people mocking the pricing structure, it's actually very clever. You see it in action everywhere, every day.

First, an observation: some people are more price sensitive than others. This can be due to income levels, whether they are a tightwad in general, whether they really care about the item i question etc etc.

The boss needs full tables to keep himself earning well. To fill tables, you need to offer stuff at pricing that doesn't put off price sensitive people. Cue the 12 quid main. However, the restauranteur also wants to get more money off people who are not price sensitive. Enter stage left, the £8 quid starter. Price sensitive man will not say "ahm not paying 8 quid for a starter. It's half the size of the main". Price insensitive people will simply buy one. As with all cases where people are price insensitive, the price is higher for that part (i.e more profit for the restaurant).

You see this every day - in pubs, Tescos, the Kosovans down the road that wash your car, barbers, Next, TV shops, you name it. Noone bats an eyelid. Apply the same to cars, and people think it's mad.

I understand that one would expect a 60k car to come with cruise control. However, if Porsche sold all the cars fully loaded for 70k, they would miss out on all that lovely margin selling cars at 90k with a mill cost 3k higher than the 65k car. If they did that, they'd take home less money for the same work, and have less to plough into the campaign to stop those pesky French trying to win their home race with those horrible diesels. After all, we don't want to see the French winning, do we?”