The original Volvo C70 is approaching 25 years old, and looking very good for it - even at Shed money 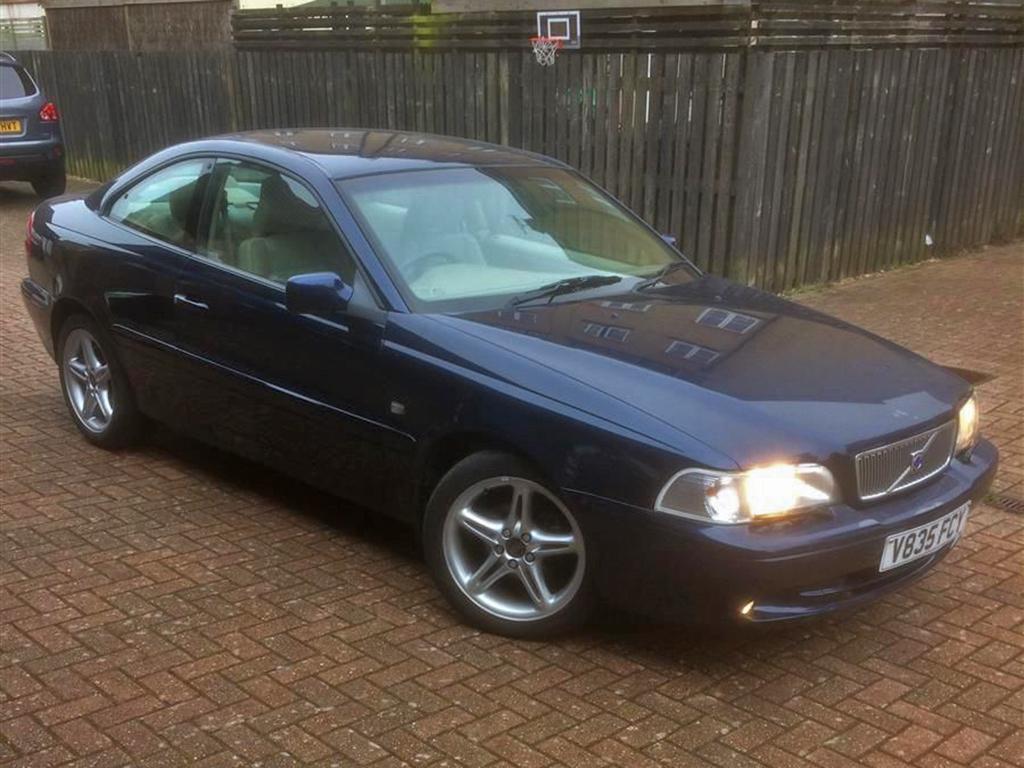 Who remembers The Saint on telly? Surely everyone remembers the original Roger Moore series and the P1800 Volvo that Simon Templar drove around in. Trivially, the programme makers' first choice of vehicle was the XK150 Jag, but when they asked Browns Lane for a couple of cars they were knocked back on account of the six-month waiting list, so a P1800 it was.

With a white frisbee hovering magically above his Brylcreemed barnet, Moore trolled around in that Volvo for seven years. He liked it so much that he grabbed one of the crew cars for his own private use.

Ten years after the series ended in 1969, some bright spark decided it would be good to bring Templar back in the brilliantly-named Return Of The Saint, with Ian Ogilvy in the role. This time Jaguar did supply a car, an XJS. That was another terrible decision by Jaguar because the Return Of The Saint was deservedly short-lived, with just one series made.

Another decade on, in 1989, Hollywood had a go at reviving the Leslie Charteris character. They made a pilot of The Saint In Manhattan starring some bloke you've never heard of with a moustache and a black Countach. They may as well have stuck the moustache onto the Countach for all the good it did them.

The 1997 movie starring Val Kilmer was even worse, but at least they paid due homage to Moore's motor by choosing Volvo's just-released equivalent of the P1800 (well, sort of anyway), the C70 Coupe. And here it is! Not Kilmer's car, his one was red, but our Shed is nonetheless nice in blue with Volvo's traditionally luxurious interior in cream. Styling appeal is always subjective, but Shed reckons that Peter Horbury's coupe still works pretty well more than two decades on. It was a curvy mould-breaker for Volvo which up to that point had mainly been known for brick-like designs that shouted 'save me!' rather than 'excite me!'.

This 1999 C70 is powered by Volvo's naturally aspirated 20-valve 2.4 inline five, the well known and well respected all-aluminium Volvo Modular B5244S engine with forged rods. Available as a four, a five or a six, it was used in the V70 and S70 and ran from 1990 to 2016, which is a hell of an innings for an engine. The process of encruisement (1,500kg weight and automatic gearbox) took the edge off its 168hp, and variable valve timing didn't come in until 2000-on cars, so our C70 might just about do the 0-60 in single figures, but it would be a fight as max power didn't arrive until 6,100rpm, and you needed nearly 5,000rpm to access the full 170lb ft of torque. Turbo versions solved most of these issues of course. As things stood, few N/A C70 owners would ever have experienced their car's ultimate potential, but most will have been perfectly content to sleaze around at more relaxed engine speeds. The cabin was supremely comfortable, the stereo superb.

The owner says there is no rust and no dents, and Shed believes him. The plastic window winder rollers are known for breaking and you'll want to ask whether the cambelt has been changed on this one. If it hasn't, it's overdue. The thing about C70s like this is that they came from an era when we were still quite good at making the right things last. Not the wrong things. Once, milk became undrinkable after two days. Nowadays, a pint of semi-skimmed has a half-life of about six months. Even then you won't want to throw it out because it will have turned itself into a nutritious yoghurty substance, and after that into a very acceptable bathroom tiling grout.

Taking this principle across to the world of motoring, a light but well-placed tap on a Triumph Herald wing could usually be relied upon to bring about instant disassembly of the entire car. At about the time this C70 was made you needed a small nuclear device to remove anything bigger than a wing mirror from anything built by one of the premium marques. It was a dangerous path really because the cosmic process requires us to create room for new stuff once we're tired of the old stuff. Fortunately, today's car manufacturers have saved us from the awful fate of terminal stuff buildup by adding the sort of electronic over-complication that will write off perfectly serviceable cars by making repairs uneconomic.

As you might guess, Shed regrets this state of affairs. A few years back he was running a Ford shoot in a very remote part of Morocco when the photographer lost a tiny but essential grub screw from the baseplate of his Nikon. In Europe that would have meant a two-month wait for a new part to be air freighted in from Japan, and the disastrously premature end of a very expensive shoot. In Morocco, Shed was saved by a roadside artisan who fashioned a new screw in less time than it took to utter the phrase 'built-in obsolescence'. It actually took longer to reward the fellow for his endeavours. After much persuasion, and a lot of tutting from the disapproving guide, Shed finally got the chap to accept the local equivalent of 50p.

Going back to this coupe, none of its owners would have experienced the scuttle shake of the Convertible, many more of which were made (47,000 versus 26,000), so you've got rarity there. Nor would they have encountered many mechnical problems. The Aisin AW50-42LE 4-speed auto trans may not be the last word in instant response but it has a better reputation for longevity than the later Geartronic boxes. The bands will eventually wear out, but generally speaking you can expect big mileages from these. Our shed's 75,000 mile history backed up by eight stamps in the service book is nothing really. In case you're wondering, the tax is £265 a year.

This is a private sale, which should mean a lower price, but the vendor seems confident that his steed will make big (for sheds) money. Posters on the forum following this story may think otherwise, but let's see.