Personal mobility is all the rage at the moment. Well, it doesn't get any more personal or mobile than the 595 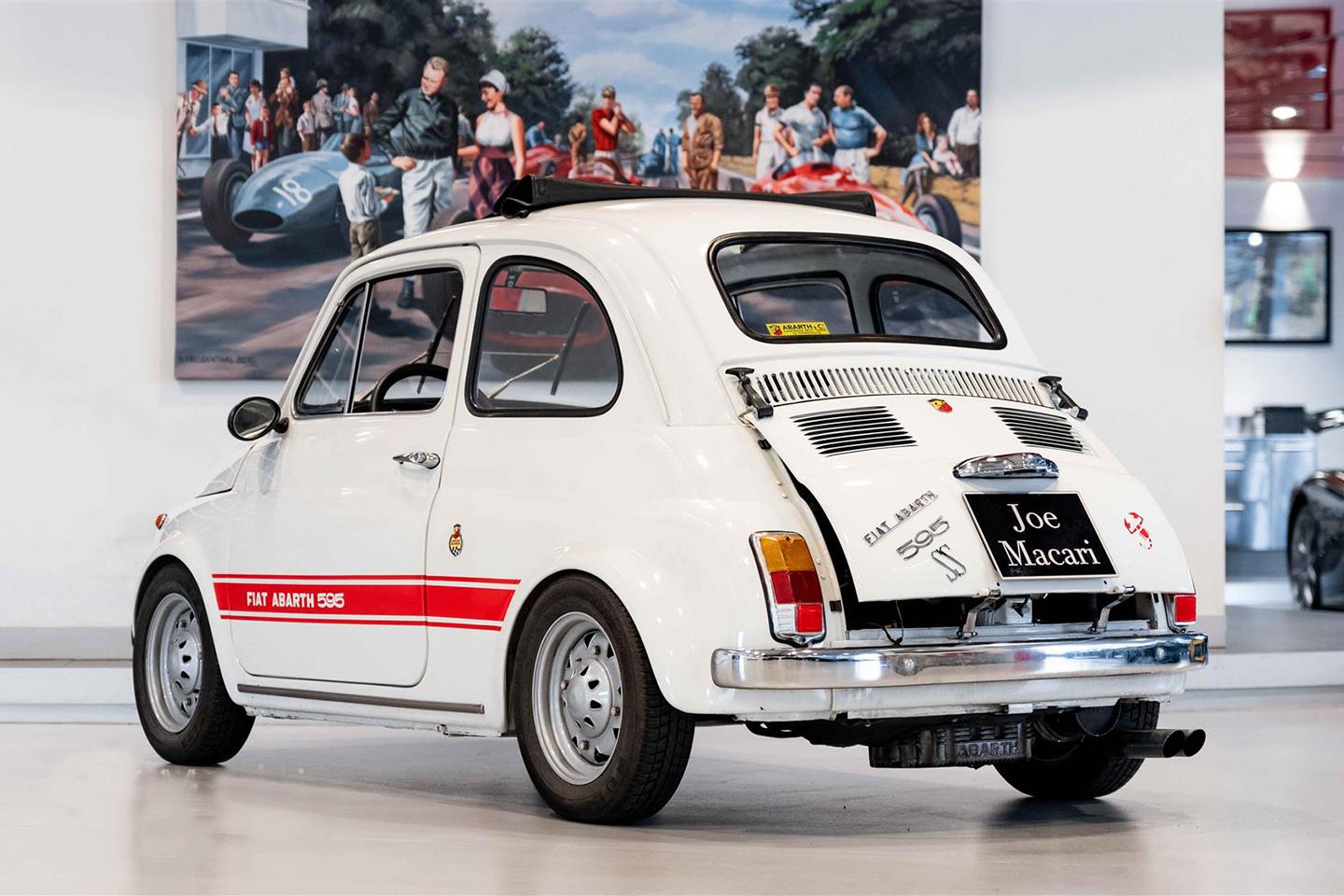 Okay, yes, Abarth has developed a bit of a reputation in today's world. You and I know that Abarth is the long-established, racing-heritage Italian manufacturer. But to the uninitiated, the modern-day Abarth 595 is little more than a noisy Fiat 500. That means Starbucks, selfies and Live, Love, Laugh. (I'm allowed to say that; I like both the Fiat 500 and a skinny caramel coffee frappuccino.)

But we know there's much more to it than that. Let's hark back to the original, an example of which is presented here in stunning original spec. Back in 1949, Italo-Austrian Carlo Abarth established Abart & C S.p.A as an Italian racing and road car manufacturer. It started its collaboration with Fiat in 1952, developing the Abarth 1500 Biposto, the three-eyed experimental coupe designed by Bertone coachbuilder designer, Franco Scaglione, and made slightly more famous by that little-known racing game Gran Turismo.

The much-loved two-cylinder, 13bhp Nuova 500 (now widely recognised as just the Fiat 500) got the Abarth treatment in 1957, starting with upping the power to a weak-at-the-knees 21hp and later increasing engine capacity from 499cc to 594cc and upping horsepower by another 8hp, to create the 595.

The 595 Sprint Speciale edition - named EsseEsse, which when said out loud, sounds like SS, in case you hadn't twigged - followed suit, accompanied with a big-boy 32hp upgrade. An inline two-cylinder engine with four-speed manual transmission, front and rear independent suspension, and four-wheel drum brakes set it apart from the standard 500.

Other enhancements to the EsseEsse included new polished exhaust ports and manifold pipes, and an uprated camshaft, and, combined with lowered suspension and wider wheels and tyres, the 595 churned out a top speed of more than 80mph. Styling tweaks included a model identification badge and black engine-cover straps in place of the regular Fiat handle. The UK registered one you see here features the removable canvas roof for the full wind-in-your-hair experience.

If you're interested in the modern day (and much cheaper) version, the new Abarth 595 EsseEsse introduced in 2019 gets a 1.4-litre, four-cylinder engine kicking out 180hp with a top speed of 140mph. Trawl the classifieds and you'll find many come with the original paintwork and styling, too. Not that anyone will notice that when it's parked outside the pastel townhouses of Notting Hill.