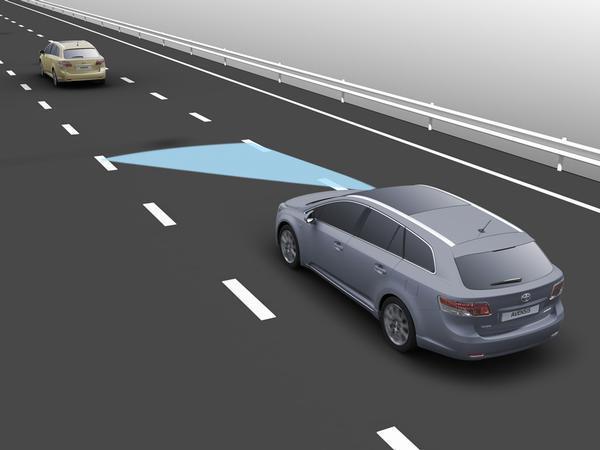 During the 1960s, congestion in cities and towns was increasing exponentially. Few initially took much interest in the problem but, as the number of vehicles on the road continued to rise, it became clear that road design and traffic management required more attention.

The congestion and pollution in densely populated areas, after all, was becoming intolerable - and it wasn’t going to improve left to its own devices. This led to the development of what were dubbed ‘Intelligent Transportation Systems’.

These would make use of cutting-edge technology in an effort to improve the efficiency of transport networks. A better light control system for a junction, for example, could serve to improve the flow of traffic. This would cut journey times for drivers, easing congestion, while cutting fuel consumption and reducing local emissions.

Countless other facets of transportation often fell under the remit of ITS development, including automated toll stations, security cameras, travel information displays and incident management. It was common for programmes to encompass vehicle technology, too, such as better navigation systems or car-to-car communication devices.

Safety systems would frequently play a key part of any ITS scheme, too. Autonomous driving technology, or even comparatively basic offerings such as adaptive cruise control, could ease the driver’s workload and improve safety - and, properly utilised, aid the smooth flow of traffic.

Japan, in particular, started ITS research in the early 1970s. Its high population density was always going to cause traffic-related issues in certain areas but the country’s rapid economic growth had resulted in terrific increases in congestion and accidents. In 1951, for example, there were 35,703 casualties and 4,429 fatalities on Japanese roads. By 1970, those figures had ascended to a staggering 997,861 and 16,765 respectively.

A series of rapidly enacted schemes sought to reduce this figure, ranging from improved driver training through to changes to the roads themselves - including clearer markings and new signals. By 1980, the number of fatalities had almost been halved.

Not all the improvements were down to government schemes, mind, as the manufacturers had also begun striving to boost vehicle safety in response to the issues at hand. In particular, driver assistance systems were quickly developed in an effort to reduce incidents on the road. Inter-vehicle distance control, for example, was one key technology that was seen as a vital element of ITS – as it would allow for automatic regulation of the spacing between cars, granting safe stopping distances and fewer ‘phantom’ jams.

These ‘active driver assist’ safety systems soon became the focus of many a manufacturer through the 1980s, including Toyota, Nissan, Mitsubishi and Subaru. Development of such driver aids would also help combat future rises in incident numbers that could come about as a result of the country’s ageing population.

Subaru, like others, was keen to create a system that could perceive the car’s surroundings. This would allow for the detection of obstacles and other vehicles, while the hardware could also be used to support the adaptive cruise control and navigation system.

The use of cameras or sensors could further allow the car to perceive the road markings themselves. This could be used to help keep the car in its lane, which would be of great benefit - as many accidents, as was the case in America and other countries, were the result of a vehicle leaving its lane.

Researchers had been attempting to develop a lane keeping system for decades but most had relied on impractical methods - ranging from radioactive material embedded in the road surface to more conventional sub-surface guide wires. Advances in processing power and camera equipment, however, meant that manufacturers could now use vision-based systems to inspect the car’s surroundings.

As early as 1989, Nissan, Subaru and GM proposed using an onboard camera to scan the road ahead. A computer would then be used to process the images and define the lane markers. If the car was judged to be deviating from its lane, the driver could be alerted - or the system could potentially even make a limited steering correction to keep the car in the right lane.

It was Subaru that got ahead of the curve, though, unveiling a production-ready combined driving assistance set-up that featured a lane departure warning system in May 1999. The company’s system used a pair of cameras, imagery from which was processed by a unit that would then generate appropriate warnings. If the vehicle wandered from its lane, for example, a light and buzzer would be triggered.

In a press release issued on 13 May, the company said: ‘At present, research on driver assistance systems are rapidly progressing as a part of achieving a safe and comfortable automobile society through ITS. We have been pursuing the development of “Active Driving Assist” for some time but we have succeeded in commercializing it for the first time in the world.’

Active Driving Assist, which would later be renamed ‘Eyesight’, was then fitted into the Subaru Legacy Lancaster – the Japanese-market version of the Outback – in September 1999. The system permitted a range of driver assistance functions in the Legacy, including lane departure warning, a vehicle distance warning and adaptive cruise control.

It also, in conjunction with the Lancaster’s navigation system, would generate ‘curve alarms’. These warnings would be issued when the ADA detected that the driver was carrying too much speed towards a corner, which would potentially result in the car departing from the lane.

‘The Lancaster is now equipped with “ADA” which is a driver support system using stereo image recognition,’ stated Subaru. ‘The company announced the system in May this year and has succeeded in practical use for the first time in the world, further improving safety and comfort.’

It wasn’t long before other rival systems, featuring lane departure warning, arrived on the market. Mitsubishi launched an image-based lane departure warning system in December 1999 - the concept for which had been previewed in December 1998 - in its flagship Proudia. This set-up would also vibrate the steering wheel, further drawing the driver’s attention to the vehicle’s deviation from its lane.

In the US, a company called Odetics - which also built tape-based storage systems for US spacecraft - had similarly developed an image-based system. The company had been working on ITS hardware, including junction management cameras, and had developed processing systems that could identify vehicles and hazards. This technology was then transposed into vehicle safety systems and, by 2000, the company had developed a lane keeping system dubbed ‘The Lane Tracker’.

By this point, the department responsible for the technology had been spun off into a standalone entity called Iteris - and, in collaboration with DaimlerChrysler, the system was soon fitted to Actros trucks in Europe. Iteris would later team up with Valeo and supplier the ‘AutoVue’ system to other manufacturers, with it being fitted into US-market cars in 2002.

It took until 2005 for a lane departure warning system to arrive in the European automotive market, though, in the Citroen C4, C5 and C6; this set-up used infrared sensors to detect the lane markings. Further advances had already been made back in Japan, however; in 2001, Nissan had released a system that could also apply a modicum of steering input, further helping keep the vehicle in its lane and reducing the chance of an accident. Honda had also introduced a similar system in 2003.