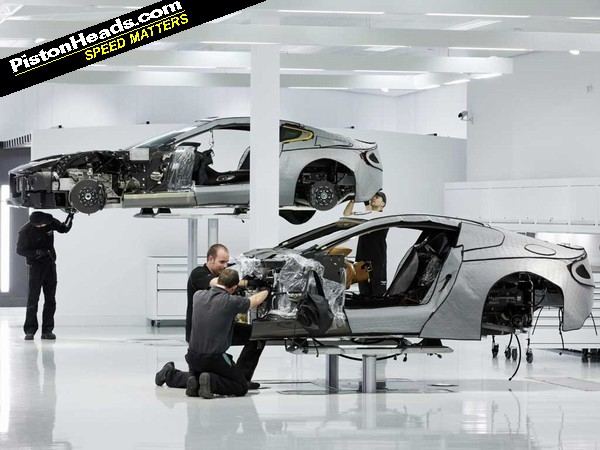 Aston Martin VH (vertical horizontal) is an engineering methodology, not a platform. That's us told, then. Seems we have it all wrong in assuming Aston's 2004-vintage underpinnings link V8 Vantage to DBS in the same way a SEAT Leon is a VW Golf in a Flamenco dress. It's more granular than that, as Aston Martin director of product development Ian Minards explains. 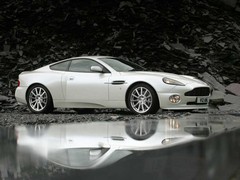 VH started with the Vanquish - has it moved on?

What IS VH, then? "The 'V' vertical bit signifies shared body construction principles across all models, while 'H' signifies systems shared horizontally through the cars - components such as front and rear suspension units, engines and dashboards," Minards says.

"It's like fine dining. We can take the best ingredients and cook to different flavours."

Hard to swallow
Something that many of us might take with a pinch of gourmet rock salt. But Minards continues. Being so modular means Aston rolls out all-new systems easily, as they become available rather than at model change time - both in-house core competencies and ones developed with engineering partners such as ZF, Recaro, Cosworth and Continental. 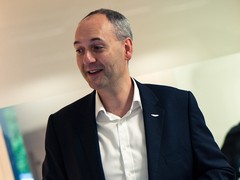 Aston Martin's Ian Minards: VH is not a platform

Everything is an individual system (an 'H') and can be developed or replaced independently of others - something that can't be done with a regular platform-based architecture. It also means Aston can push boundaries with cars like the One-77, then roll out its tech on series production cars once proven: see the variable valve timing or all-carbon fibre body on the

Still to be convinced Vanquish product manager Andy Haslam picks up the story. And goes back to basics: VH is, um, not a platform. Because it's a bonded monocoque of die-cast, extruded and stamped aluminium components - think of it like McLaren's carbon fibre MonoCell - to which different components can (or will be) attached. Or, Lotus' bonded aluminium chassis principle, which creates different cars from a shared central core. 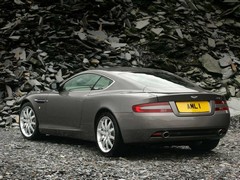 The Lotus link is appropriate. It helped develop the original Vanquish platform, which was the precursor to Aston's in-house VH architecture. Dr Ulrich Bez himself convinced cost-conscious Ford to green light because of the sheer flexibility designed into it, thus neatly avoiding the risk of any Ford-derived Astons. Shudder.

is now generally regarded as 'VH 0'.

Generation 2 arrived with the DBS and, later, the V12 Vantage. "On V, it introduced carbon fibre, for H, it brought in adaptive damping and carbon brakes." Rapide, with its stretched wheelbase, was generation 3, "with better sealing, laminated glass and isolated subframes". Vantage S and Virage were also derived from this iteration. 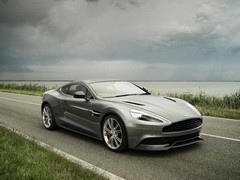 Now, we have VH 4 in Vanquish: all-carbon fibre body, AM11 engine that's more than three-quarters different, new infotainment systems and centre console structure, all-new front crash structure, an engine 19mm lower, even bigger footwells and a full carbon fibre end that means the boot is 60 per cent larger. Three stages on from the original DB9, then, picking up all the systems improvements along the way ("we don't simply throw learning away" says Haslam) and adding a generation's worth of its own.

Aston's VH mistake
Where it's failed in recent years, it seems, is to almost use the VH methodology cynically to create 'new' cars. Witness the identikit DB9, DBS and Virage. That's over, it seems. Now, we have DB9, Vanquish, and clear water between them. The methodology will be used to improve the core cars rather than spin off new ones. Lesson learnt for Aston: now it's over to us to see the true benefits of VH. 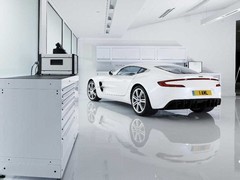 One-77 takes the VH concept to extremes

Basically, it seems Aston has actually been ahead of the game for the past decade. For validation, take Volkswagen. It's making a fuss about its new

, which underpins the Golf and which is flexible enough to form the basis of all VW Group's mid-range cars in the future. It's far more modular than the old PQ35 platform - but MQB is only doing what VH has done since the launch of the DB9...