Updated Aussie super-saloon arrives, but at a price 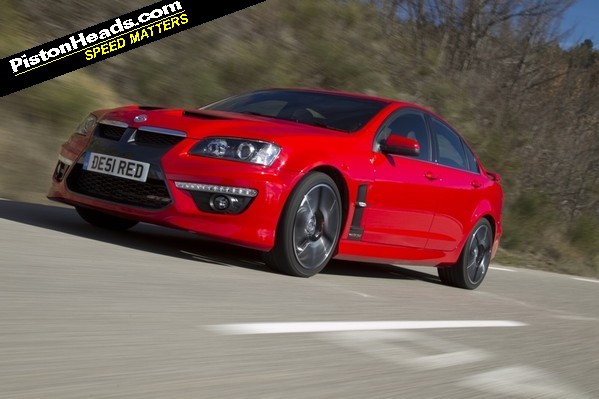 The new Vauxhall VXR8 - fresh from 'down under'...

A big, fast, lairy Vauxhall is an unusual sight on the Cannes seafront. It's anenvironment more used to Italian supercars than Luton muscle, like the pair of Ferrari 458s parked outside our hotel last night (and which kept me awake with their early hours run along the Riviera - I didn't mind, they did sound damn fine). But perhaps that slightly incongruous feeling makes the experience all the more special: there's always a buzz from the feeling of an exotic and unusual car in an unexpected place. 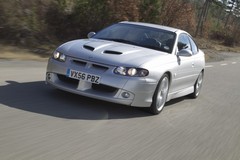 ...and the less fresh Monaro

Certainly, as we thread the long bonnet down the backstreets away from the ocean - over small squares and through tight and twisting underpasses - the deep, distinctive burble of a cube-rich V8 hammers off the closed shutters of the cafes and boutiques, ricocheting ahead along the confined alleys and providing ample warning of our impending arrival. It's early morning on a cold, grey Sunday in spring, but there's nothing like a pushrod V8 to warm the spirits.

Nevertheless, despite the premise of this article, the car is actually a 2006 Monaro VXR500. Remember them - the run-out special with the Harrop supercharger and near-on 500bhp? To launch the latest specification VXR8 Vauxhall has also shipped down a few of the cars from its heritage fleet with which to tackle the Route Napoleon, and the Monaro will act as a foil to the new car as well as a certain other Norfolk legend - which you can read about later on PH. 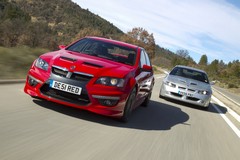 Vauxhall is persevering with the VXR8 in the face of mounting odds. Chief amongst these is the disadvantageous exchange rate with the Australian dollar, which means that even with a significant price rise from £35,000 to £45,000 for the equivalent VXR Clubsport (and £49,500 for the new VXR GTS model), Vauxhall tacitly admits that it's more of a brand-building exercise than a money making one. As it stands, just 25 of these new cars will be coming across per year, small fry even compared to the numbers imported back in the days of the Monaro. Clearly, such a rise puts the Aussie import significantly closer in price to established Germanic heavy metal such as the Mercedes C63 AMG (£54,600, but admittedly that price can be wildly inflated with the inevitable 'must-have' options,

as per the latest addition to the PH fleet 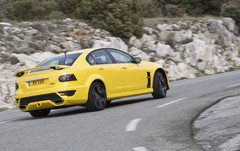 So far all the orders have been for the higher spec GTS: the chief benefit of which - apart from a leather interior - is a magnetic damper system termed MRC. But there are also some significant mechanical changes overall: firstly, the cars receive the latest '4th gen' LS3 V8, now with 425bhp and 406lb ft of torque and mated to a new MM10 six-speed manual gearbox and LS7 clutch (a six-speed auto is now an option). There are larger 365mm/350mm brakes and revised spring and damper rates to accompany the MRC system as well (which includes launch control), while GTS models receive 20" alloys and an 'Enhanced Driver Interface' that relays all sorts of information - including drift angle - to the 5" infotainment screen.

Oh, and of course there's the restyle: the 'shockwave' grille, side vents, LED lamps, new rear lights and rear wing. Decide for yourself on that one. 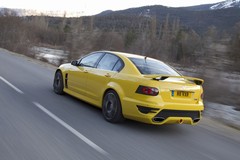 Grasse, Castellane, Digne-les-Bains - is this the best driving road on the planet? Epic views, gratuitous hairpins, lengthy constant radius curves and straights that open out to the horizon, it has them all. The 'old' VXR500 is in playful mood, gobbling up the fast sections with the grating, pulsating wail of the supercharger a constant reminder of what's providing the stonk underfoot. Yes, it's not the most sophisticated of cars, particularly the clutch and gearbox combination, but seeing as

it's an incredible amount of car - and fun - for the cash. It's also in possession of so much character, it's almost alive, from the peculiar green backlighting of the instrumentation to the tail-happy handling; every mile is an event, every gallon of petrol to be savoured (which is just as well...).

Still, it's revealing to jump in the new VXR8. It immediately feels so much more modern - the interior is much improved with this facelift, and the seats are supportive. The large, sculpted steering wheel controls a car that's just as rowdy as before, but there's obviously quite a bit more finesse about it now. 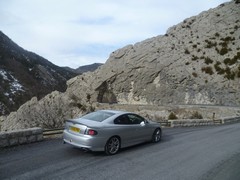 Chiefly, that's due to the combination of the MRC suspension and the new drivetrain. The former is easy-going in its softer setting, and makes a good partner for the long sixth gear to cover miles, but in 'Track' mode the body control is better and you can be neat and precise with this large, 1,800kg+ car. Naturally, it still responds to plenty of throttle in tighter corners too, and add in the revised braking package - which seems to cope well with repeated heavy braking into downhill hairpins - and you've got a really driveable and enjoyable sports saloon.

Changes are now faster and more satisfying with the new gearbox, which makes the driving experience feel more contemporary, even if the V8 is still pleasingly old school - completely different from the Germanic competition with their exemplary refinement and high rev theatrics. In the VXR8 the power band seems to begin the moment you let the clutch out, and then just continues in a broad spread as the revs rise. This particular car had the 'medium' exhaust out of three volume options: great when you're going for it, less so with the constant drone at cruising revs. 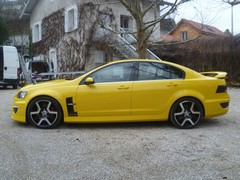 Half of the UK's cars are sold already

Vauxhall has sold about half the allocation so far, so clearly there are people out there willing to dig deep for something different. But it's a shame these cars will remain a rare sight in the UK: the VXR GTS is expensive at this price, and still far from as polished as alternatives in the mainstream, but that shouldn't take away from what is a real enthusiast's car. The importation of these Australian performance heroes has enriched the motoring landscape over here in recent years, and it would be a pity if a line had to be drawn under that era.