Microsoft's Forza series ranks among the finest racing games ever made. And now it has the UK for a backdrop... 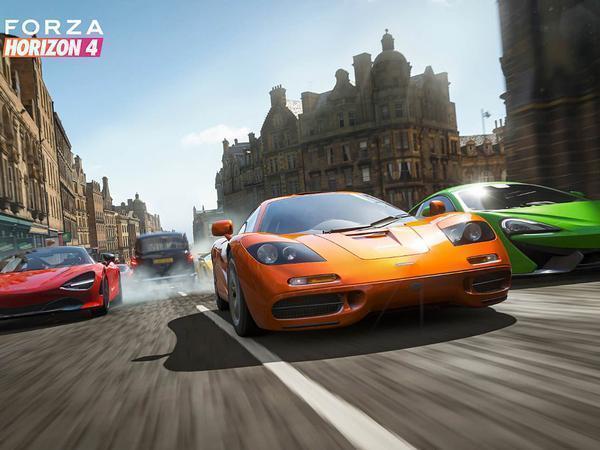 Forza Horizon 4 is not necessarily your typical PH racing game, what with simulators such as Assetto Corsa, Dirt 4 and Gran Turismo Sport tending to dominate proceedings around here. But with the latest installment of the motoring franchise being set on UK shores... well, it'd be rude not to, wouldn't it?

The Microsoft exclusive (that's Xbox and PC only) open-world series has been around for six years and, as the name suggests, three previous iterations. With those versions taking place in the USA, the Mediterranean and Australia, little old Blighty had some rather big boots to fill, and to do so it enlisted the help of its most famous fixation, the weather. More specifically the seasons which, along with the day/night cycle, form the game's party piece, changing dynamically throughout proceedings.

The effect is breathtaking, with the result being so much more than a few barren trees or snowy verges. As the in-game year progresses, so the the environment evolves around you; the grass in the fields grows long, before being bailed in the summer (creating new obstacles on cross-country races) and then ploughed. When autumn and winter come around you'll notice - or you may not - the sheeps' wool getting thicker, before they're shorn in the spring.

On road, gritters appear to tackle the icy conditions and off it, Derwent Water freezes solid, opening up an enormous playground to drift across. The impact is more than just physical, though, with the quality of the light also changing in a way that'll prove unavoidably immersive to anyone familiar with the British Isles. Warm summer light catches the drystone walls, and wintery sunrises cast a pale blue aura across the hills - it really is beautifully done.

Those patchwork fields and picturesque villages - replete with quaint cottages, country pubs and red post boxes - are spot on and, along with a photo realistic recreation of central Edinburgh, contribute to a setting which just aches to be explored. This proves a relatively straightforward, if time consuming, endeavour given the nearly 500 vehicles that appear in the game. From the Reliant Supervan to the Mercedes Unimog and the Bentley 8-Litre (not 8-Liter, as the game calls it) to the McLaren Senna, via the Talbot Sunbeam Lotus, Volvo 242 Turbo and M-Sport Fiesta RS, there has never been a more varied, eclectic or carefully curated collection of cars in a title of this nature.

The gameplay is an excellent blend of Forza Motorsport's more realistic handling and the powerslide-happy physics of more arcadey titles. It never feels overly simple, making for a genuine sense of achievement upon winning a race or nailing an overtake, but nor is it frustratingly difficult to master. And as for modes, well, take your pick. There are point-to-point races on tarmac and dirt as well as mad scrambles directly through the fields - hedges, trees, walls and whatever else gets in your way - to the finish line.

Circuit races, drift competitions, stunt events and many more mean there's always something fresh and interesting to be doing. Then there are the Showcases, pitting you against an unlikely but spectacular opponent in a highly staged but equally entertaining head to head. From racing a Vulcan(ish) bomber to going up against The Flying Scotsman, they punctuate proceedings with set pieces which are as memorable as they are challenging.

Criticisms? There are few. The game world features a condensed version of Cumbria, Northumberland and Southern Scotland which, whilst stunning, does miss out on the kind of routes that, to many, are synonymous with UK driving. I was rather looking forward to blasting down a few more narrow country lanes, or hedge-lined B-roads, an experience for the DLC to cover, perhaps? The cars bear strange, non-UK licence plates too, and the speedometer is set to kph by default, little things which detract from this otherwise painstakingly detailed realisation of Britain. But no matter. In the grand scheme of things, those critiques pale into insignificance when confronted with the overwhelmingly excellent accomplishment that is Forza Horizon 4. We don't give marks out of 5, or 10, or 100 on PH, so let's just say this is as close to perfect as it gets.