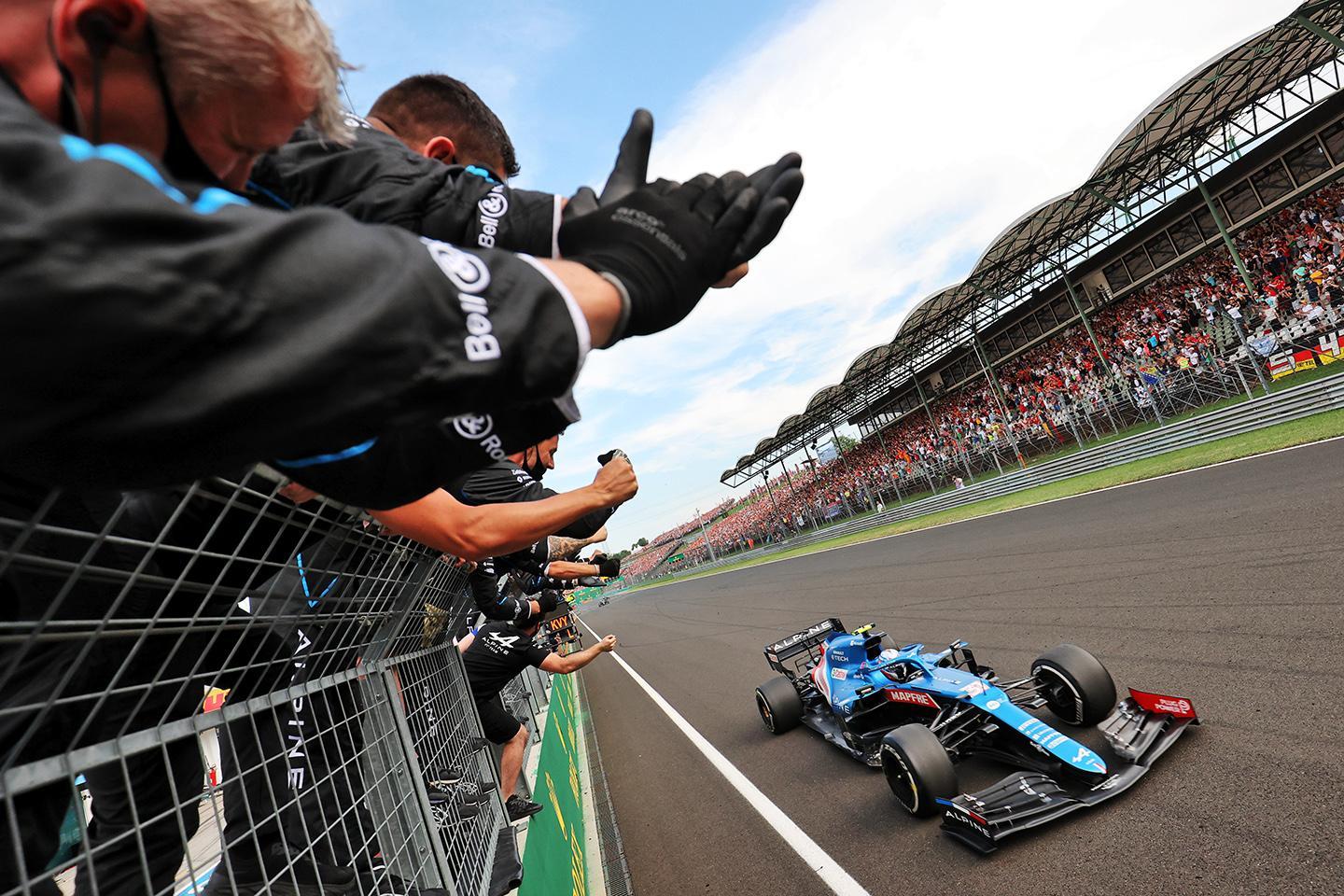 Anyone who's ever said 'nothing happens in F1' clearly wasn't watching this weekend's Hungarian Grand Prix. After Bottas took out half the paddock with the precision of a bowling bowl, Hamilton decided to up his championship lead even more by just starting a race of his very own, and Vettel swapped racing for running with a casual sprint halfway round the track after running out of fuel.

But, more excitedly, Alpine driver Esteban Ocon made his way into first place as early as lap 5, and smoothly and calmly sat there for the remaining 65, bringing home the first F1 win of his career.

We spoke to him a few weeks ago, when the thought of top spot on the podium was but a pipe dream; he hailed the Netflix series 'Drive to Survive', which shows the behind the scenes drama of the F1 season, for helping his quest to stay in the line-up.

"[The show] takes a lot of time and a lot of dedication, but it helped me. At the time, I didn't have a drive. Then the season came out and people could see my story, so I got a lot of support from that. I think it was fantastic." Ocon also praised how the show helped promote the character behind the drivers and showed the audience "there's a lot of emotion" between the drivers.

"The series is great because for the audience, when you are watching the racing, you could see it as a little bit robotic, that nobody had emotions, or that it was a flat sport in terms of atmosphere. Netflix came on the inside and showed how everything was working. It widened the audience, and they could see that there's a lot of emotion." While this season has certainly brought some of that emotion out onto the track, it's true that we've learned more than just what Danny Ric thinks of the online streaming service (not suitable for publication).

"There are some funny characters, and it's great that people can see we have an interesting paddock. It's great to be able to show some spotlights on everybody." Ocon also had a helping hand for this weekend's win from Alpine teammate and F1 royalty, Fernando Alonso, whose expert driving helped keep Hamilton at bay from stealing that top spot.

"[Alonso] is a legend of the sport, and you can see why he's been so successful. Just working alongside him, he has great ideas in what to bring, helping the team get the car how he wants. You can feel how clever he is and how he's thinking out of the box. That's pretty interesting, and it's a great experience, and great to have him as my teammate. The atmosphere in the team is fantastic."

With Alonso's 40th birthday celebrations also this weekend, we'd love to have seen that atmosphere at the afterparty. Shoey, anyone?