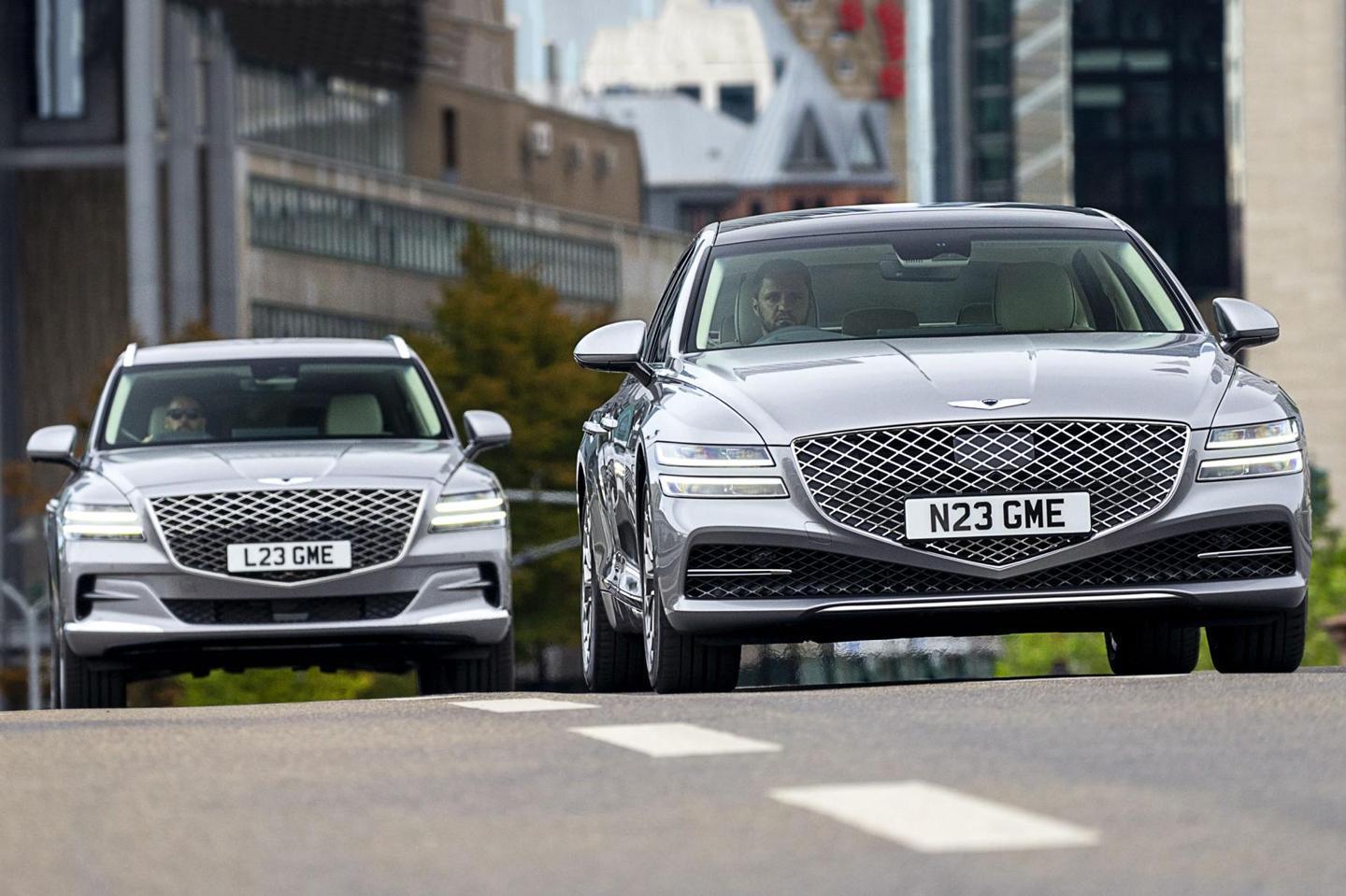 Genesis, Hyundai's luxury division, faces an uphill battle in the UK. After all, the market is awash with premium options. It is precisely where most manufacturers want to be, because the margins are fatter - and virtually all of them have a colossal head start on the Koreans. Moreover, British buyers are notoriously difficult to tempt from German-built cars; in the last twenty years, you could conceivably argue that only Land Rover has made significant inroads into their market share - and that's only because it happens to make the best-looking SUVs in the world. Genesis assuredly doesn't.

Nevertheless, the path before it is well trodden. The sub brand is virtually as old as the car industry itself, and in days gone by it certainly wasn't unusual for several different marques to shelter under a single parent, particularly in the States. More recently, it is Japanese firms which have taken to the idea - most notably when they were trying to break the US market. In that regard, Genesis has followed closely in the footsteps of Acura, Lexus and Infiniti, among others.

This arrangement has produced plenty of forgettable cars. But also some terrific gems, especially when said manufacturer was motivated to build something that conveyed the distinguishing characteristics of its new venture. Those are the cars we salute here - and exactly the sort of thing Genesis will need if it truly wants to go where no Hyundai has been before...

Confession time: I love a Lexus LS400. In much the same way that I also love the Nissan GT-R, Honda NSX and Mazda MX-5. All arrived at about the same sort of time, with the Japanese car industry at the height of its eighties pomp, and all changed, in their own little way, the face of cars forever. For a country that wasn't yet a big automotive player and in such a short space of time, it was a momentous period. Imagine 4WD performance cars without the GT-R, roadsters without the MX-5 and sports cars without the NSX. We'd be in a very different (read: worse) position.

And think of luxury saloons without the Lexus LS400. This was tick-boxing car building at its very best. Launching a sub-brand, as Genesis will soon discover, requires a product that's near enough flawless; buyers won't have one on the strength of customer service or because they've seen them everywhere. They'll buy one because it's the best - so that's what Toyota set about doing with its luxury sub-brand: creating the finest saloon that there had ever been.

It's hard to believe looking at this dowdy old thing now, but the LS400 was revolutionary in 1989. It showed customers that allowances didn't have to be made for anything. It's said that a V12 offering for the contemporary 7 Series delayed the W140 Mercedes S-Class's launch, originally set for 1989, but it would be no surprise to find the Lexus influenced that decision as well - it was that good.

That so many survive is a testament to its quality, even if the days of Shed money cars seems gone as the LS400's significance is appreciated. This one in Champagne Gold is a real treat, with only 45,000 miles since new and Club Lexus badge proudly affixed to the grille. That every bit of the LS looks good for another 30 years says all you need to know, really. LFA aside, Lexus has never matched its impact ever since - just the kind of launch Genesis might be hoping for. MB

Of course, it isn't only the Japanese who've indulged in sub brands more recently. The French have attempted it with varying success, with DS attempting much the same lifestyle leg up as Genesis is hoping for - and Dacia going (quite brilliantly) in the other direction. It is not merely luxury (or the wanton lack of it) that is best serviced by a thriving subsidiary either - it obviously works for performance cars, too.

When it came to the job of developing a rear-drive, mid-engined sports car, someone in Boulogne-Billancourt sagely concluded that no one was going to part with Porsche Cayman money for anything wearing a Renault badge. The solution, of course, was the revival of Alpine, a firm that it had acquired in 1973. The back story was ideal, and the car that resulted, unexpectedly and absurdly good.

Granted, it has not been an overwhelming sales success (which goes to show just how steep the hill is that Genesis has to climb) and it's probably fair to say that the car is held back by the amount of Renault carryover there is inside. But that just means that prices have stayed nicely buoyant for the few who have taken the plunge - and the sublime A110 has future classic written all over it. There are a number of nearly new examples in the classifieds - or this lightly used example with a few grand loped off list. There is nothing else quite like it. NC

Responsibility rarely falls with the sub brand to develop and create a vehicle from the ground-up, but when it came to Honda's second-generation NSX, that's exactly what happened. The project was handled almost entirely by the Japanese firm's upmarket US brand, Acura, with design, development and testing all centred on the company's Performance Manufacturing Centre - sorry, Center - in Marysville, Ohio. It is, to all intents and purposes, an all-American supercar, one that's totally bespoke. It's closest sibling is the GT3 race car.

The PMC building was created specifically to build the Acura-designed NSX, so unique is the car's production process. Acura could have chosen to extend its existing Ohia facility, where the Accord is made, but instead opted to keep all things specialist when it comes to the 581hp NSX. It certainly shows; the hybrid two-door was a technically superb demonstration of part-electric power, using a pair of front-axle electric motors in a similar manner to the McLaren P1, in an exotice package that could easily handle mundane road work.

That's exactly why I've always been so much of a fan of this NSX. I'd argue it's massively underrated, having never garnered the attention of other supercars, perhaps because of the Acura/Honda badge on its nose. But technically, it represents a peak from the brief era where hybrid supercars were all the rage. Cars are available now for under £100,000, close to £40k less than they went for when the model launched in 2016. When everything's electric, I think we'll look back and realise this is one of the finest examples of a sub brand doing its own thing. SS