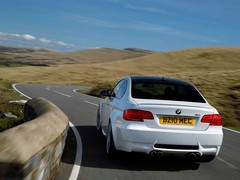 We've got to face facts though. No topic has got PHers more exercised in recent times than the great

and inexorable rise of the two-pedal performance car. So, as M3 becomes M4, here we go again.

And acting all contrary. Because I'd argue that, in BMW's case, we have nothing to fear in losing our clutch pedal and stick shift. Indeed, I'd go further. There hasn't been a decent fast Beemer with a manual gearbox for years. And while we'll wail and gnash our teeth over the Clio 200 and 991 GT3 denying us the choice any more in the case of BMW M cars we should embrace automated gearboxes with both paddles.

Click winner
The nearly departed E90-series M3 is probably the last M car to ever offer a manual option. But while I'll defend my entirely emotional argument that the GT3 should have a manual option until I'm (Riveria) blue in the face in the M3's case I won't miss it. And, no, I'm not just being contrary for the sake of aforementioned clicks. 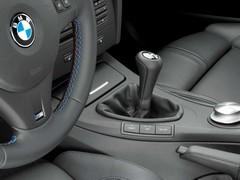 The first of the E90 era V8 M3s I drove was a manual and at the time I remember being justly chuffed that I'd be swapping cogs myself and enjoying a more intimate relationship with that V8 than any AMG rival has ever offered. At the time that seemed like a defining feature in the M3's favour compared with the C55 and then C63.

Truly, that V8 is a wonderful, wonderful thing and even when the M3 came out there weren't many manufacturers that'd pair such a motor with a manual transmission. Match made in heaven then.

Better than the real thing
And then I drove the M DCT version and had one of those moments. Like going back to a favourite old album and realising that, actually, it was a bit rubbish. The DCT's seven ratios seemed much better suited to the V8's power delivery and the crispness of the shift perfectly in tune with its outrageous high-rev action zone. 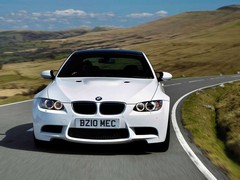 You think you want a manual M3; DCT better

With the precedent set by the E46's SMG - far from perfect but definitely thrilling, especially in

- BMW even contrived an everything up to 11 setting aggressive enough for the evocative thwack of skull against headrest and quick chirrup of tyre squeal with each tug of the right shifter. And if all that, underscored with a V8 revving to over 8,000rpm, isn't exciting enough for you then you need to be looking elsewhere for your thrills.

Basically if paddle-shifted transmissions aren't meant to be exciting or involving clearly nobody at M GmbH got the memo.

Appropriate behaviour
If the M3's V8 had been more of an old-school slugger it'd have worked with the manual better. But, like many BMW shifts, there's a length of throw, vagueness of gate and notchiness of engagement - matched with an indistinct biting point on the clutch - that just never seems in tune with the frantic M engine demeanour. And with a high-revving zinger under the bonnet of six or eight cylinders it was never quite the sweet, interactive experience it should have been. Even the old Getrag dog-leg in the E30 wasn't the sweetest thing. 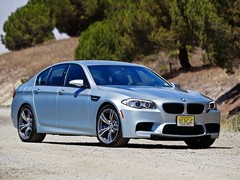 Americans have the option of a manual M5

Conversely that's where Porsche has tripped up with the 991 GT3. The weighting and tactility of the 997's powertrain is just so satisfying to perfect. Not easy. But when you get your flow on it's an unbeatable emotional connection that, 'slower' or not, just adds to the experience.

And 'experience' is exactly what you get as you bwaap, bwaap, bwaap your way through the M DCT gearbox. And is missing with the sluggish, lumpy manual. Meaning it's not really a black and white question of automated gearboxes being right or wrong, more whether they're appropriate to the car. After all, nobody actually kicked up that much of a fuss when Ferrari went paddle shift only because it suited the cars. Ask Harris.

Yanks tank
And while privately we might moan about the Americans getting the manual E60 and F10 M5s the reality from those who've experienced them suggests the same. An amusing novelty. But, hand on heart, not really suited to either the high-revving V10 or the new-age turbocharged V8 which, soulless or not, is perfectly matched to its DCT. I never thought I'd say it but BMW was right not to offer us the manual option here. Hand on heart, who'd actually tick that box? Go on, ask yourself... 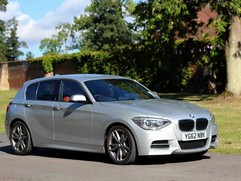 Auto M135i another nail in the manual coffin

And in case you were wondering where it'd got to here comes the M135i, flashing its eight-speed auto and proving that even a two-pedal 'Diet M' now has the technology to make the manual look redundant. When our original long-term booking for a manual three-door was swapped for a five-door auto there were glum faces at this being 'not PH enough' for the likes of us. Nobody who's driven it since has even mentioned the fact it's an auto, unless it's to say, reverently, "that gearbox is really good isn't it!" If you've driven comparable manual and automatic/DCT BMWs of the last few years it's not hard to see where the development budget has been spent, BMW's automated transmission and engine integration up there with the very best. And the market would seem to agree, this 2011