The builder of the world's most powerful engines is going electric. Shouldn't be too hard... 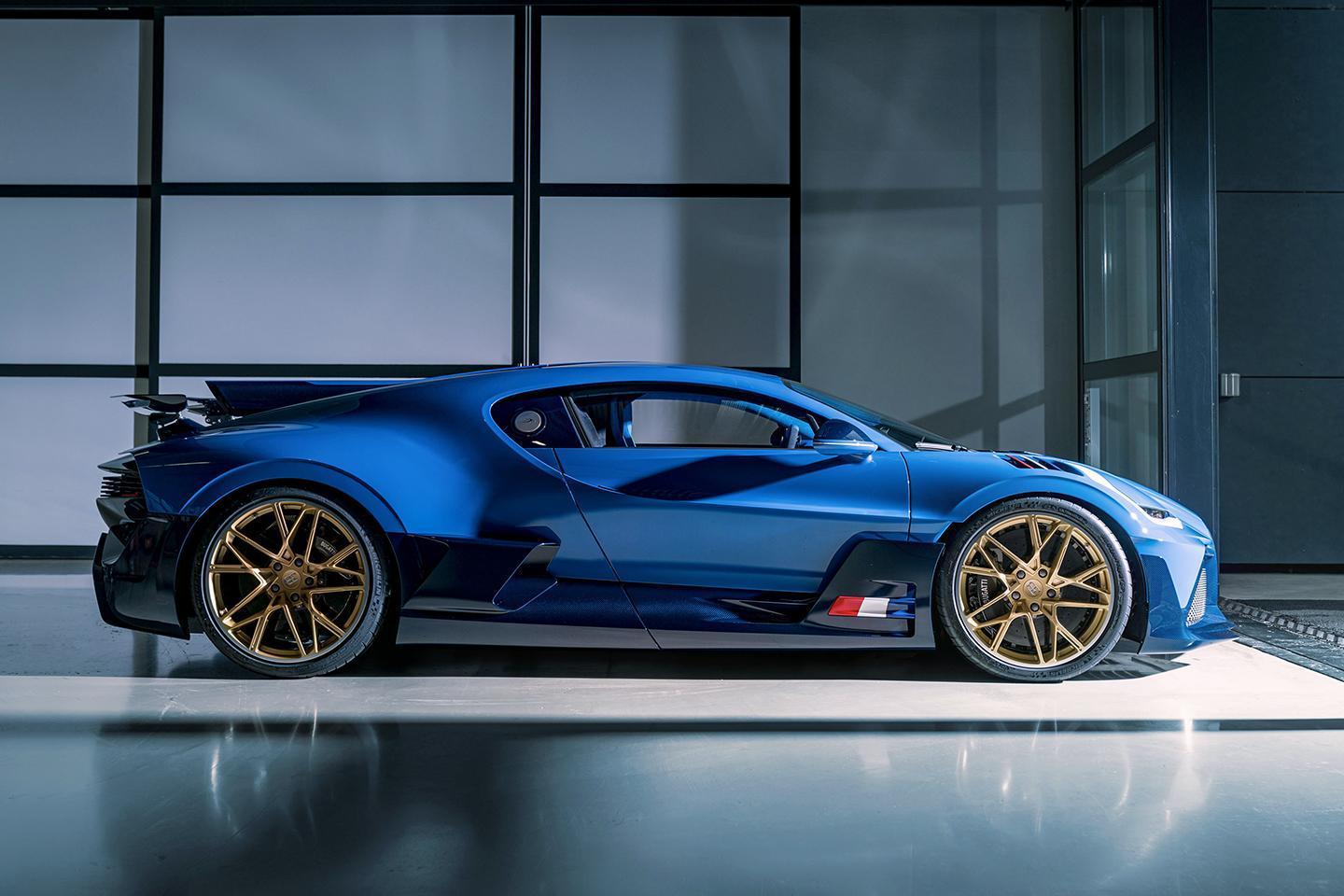 It felt like a significant moment, if not exactly Charles Rolls bumping into Henry Royce at the Midland Hotel in 1904. I was milling around the holding area at the top of the Goodwood hillclimb on the first day of the Festival of Speed in July, surrounded by supercars and hypercars, their drivers and passengers killing time before being sent back down the hill.

Two of those drivers were in animated conversation. I knew them both and sauntered over. This was the first time their paths had crossed, I found out. They spoke about horsepower and kerb weights, about the handling track at Nardo in Italy and, with lots of grimacing and head shaking, about the development driver's most burdensome task - sitting alongside customers while they test drive the product for the first time.

(The trick, it turns out, is to let the client get behind the wheel immediately, while they're still nervous. They'll drive cautiously and therefore safely. Only then should the professional switch seats to demonstrate what the car is really capable of.)

Miroslav Zrncevic is chief test and development driver for Rimac Automobili. He's been Mate Rimac's right-hand man for years and as the Croatian company has grown from a handful of employees to the wunderkind of the automotive industry it is to day - employing a staff of 900 and supplying EV drivetrains to some of the biggest and best established car manufacturers in the world - Zrncevic has continued to lead the development of its all-electric hypercars, first the Concept One and more recently the Nevera.

The timing of his first encounter with Bugatti test driver Andy Wallace was important. Only days before it had been announced that Rimac Automobili, founded in 2009, would be taking a controlling stake in the company Ettore Bugatti established a century earlier. When the takeover is finalised (reportedly before the end of this year), Zrncevic and Wallace will be colleagues, working together to develop some of the fastest road-going cars ever produced.

It must be the car industry's worst kept secret that future Bugattis will be electric. Of course, eventually all new cars will be electric - as long as regulators don't wander off the path they're treading today - but in the case of Bugatti, swapping pistons for motors has been an inevitability for some time. And we're bound to see Bugatti switch to electric power far sooner than the likes of Ferrari and McLaren, too.

The Rimac arrangement makes that a certainty, but even without it Bugatti basically had no choice. Since the Veyron arrived in 2005 - and perhaps even as far back as 1991 when the EB 110 was new - Bugatti's thing has been manufacturing the fastest and most powerful cars on the road. It spent years bragging about 1,000hp, then 1,500hp; about 250mph and more recently 300mph. It marketed its cars on horsepower and top speed figures you just didn't see elsewhere, building a very strong brand for itself in the process.

At the heart of it all was its own 8.0-litre W16 with quad turbochargers. That engine is a phenomenon, producing record breaking power outputs for more than 15 years now while meeting the Volkswagen Group's exacting warranty standards.

But with the arrival of a new generation of hypercars powered not by enormous and fearsomely complicated combustion engines but by electric motors, Bugatti has been robbed of its entire shtick. The likes of the Lotus Evija, Pininfarina Battista and Rimac Nevera produce close to 2,000hp from their quartets of electric motors, a figure no petrol engine - or at least no petrol engine an OEM would care to sell with a warranty - could ever match.

And so for Bugatti, the die was cast. If I had to bet, I would say the track-only Bolide, revealed in production guise only last month, will essentially be a valedictory outing for the W16 engine before it's put out to stud to make way for a new Rimac-sourced electric powertrain. In the Bolide it will produce as much as 1,850hp when running on race fuel, one of the great performance car engines going out with the most almighty bang.

What might an electric Bugatti be like? Even faster than a Chiron but far quieter, not so usable over long distances, less moving in the emotional sense and not so ruinously expensive to maintain would be my guess. Pretty basic stuff.

One man at least reckons Bugatti would be on to a good thing. 'I would love to work on an electric hypercar,' Andy Wallace told me. 'I think it would be really exciting. With one motor per wheel and four-wheel torque vectoring you can do away with the normal traction and stability control programmes. It would all be done with the torque vectoring.

'I switched to electric in 2018 and now I drive a Volkswagen ID.3. People think I'm mad but I'm completely sold on it. As petrol engines make way for electric power we're not going to end up with performance cars that are less involving to drive. Honestly, we're not. It's just the sound that will be missing. In every other sense you're going to be more involved in the feeling of performance.'

Wallace is too tactful to say anything that might land in him hot water with his employer, but he also speaks with so much enthusiasm about electric hypercars that I believe he's being sincere. And isn't there something compelling about a bloke who won Le Mans in a V12 Jaguar and who did much of the development driving for the same company's XJ220, the McLaren F1 LM and all recent Bugattis backing electric performance cars with such conviction? His is a point of view one really must respect, yet I find I am still a long way from being convinced.