BMW sprinkles some GTS fairy dust on an otherwise less hardcore M4 coupe - is it any less special?

'Getting warmer' might be how you'd summarise the BMW M Division's repeated attempts at producing a really great current-generation M4. Having launched

in 2014, it addressed the questionable reception the car received in some quarters with the

in early 2016, having already announced the memorably expensive and hardcore M4 GTS a few months earlier. And then came the

: yet another limited-run model, based on the

with a slightly different aero kit and some stripes. Which makes four new M4 coupes in just three years. 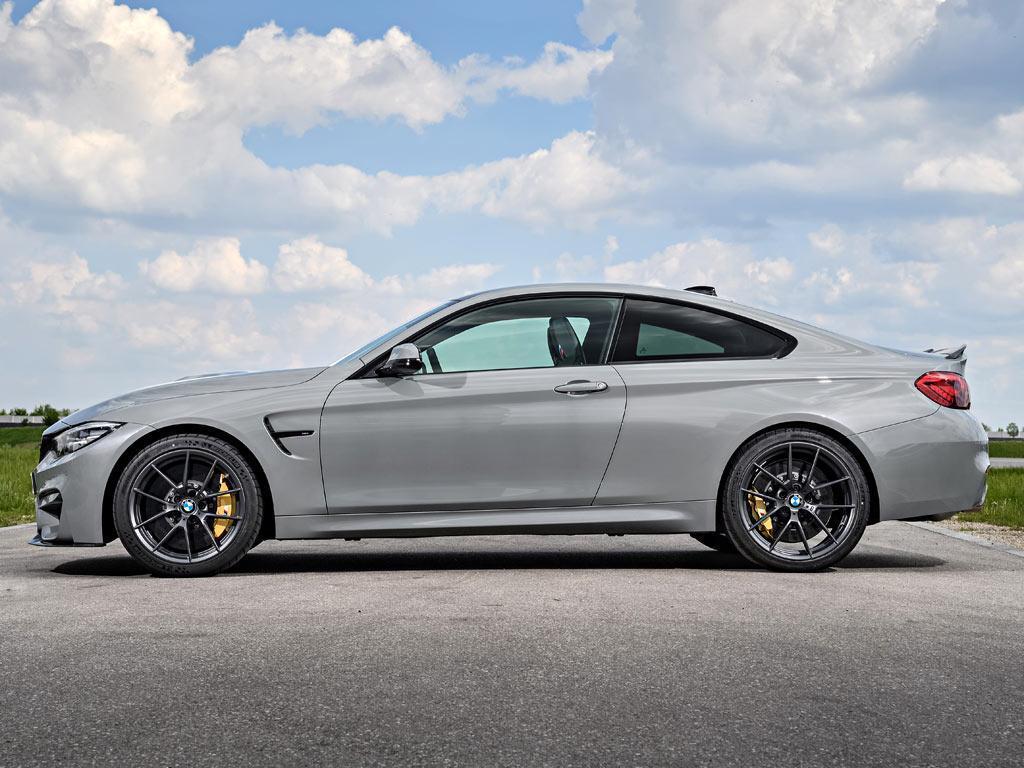 If I'd bought an 'F82' M4 coupe in 2014, I'm not sure how I'd feel about the procession of revisions, additions and limited-run specials that BMW has crammed in since, all of them 'developing' the appeal of the car doubtless sold to me as the definitive modern German performance coupe. I'd hazard a guess that I'd have some questions, at the very least. Questions like "why couldn't I buy the Competition Package three years ago?" and "why might my car have needed one in the first place?" Also, "why did you need to make the £120,000 GTS before you could make an M4 that didn't sound like another Saturday night on the PlayStation with my eldest son?"

Having asked them, I'm not altogether sure how willing I'd be now to part with the thick end of £30,000 more than my last M4 cost in order to secure one of these: the new £89,130 M4 CS. But be that as it may. Let's give BMW M the benefit of the doubt here and assume that, at every point it has been giving us the best M4 it possibly can, rather than holding something in reserve in order to provide a reason to come back to the showroom in a year or so. You might find that a tricky thing to do when you read about the CS' powertrain and suspension setup, but give it your best shot. 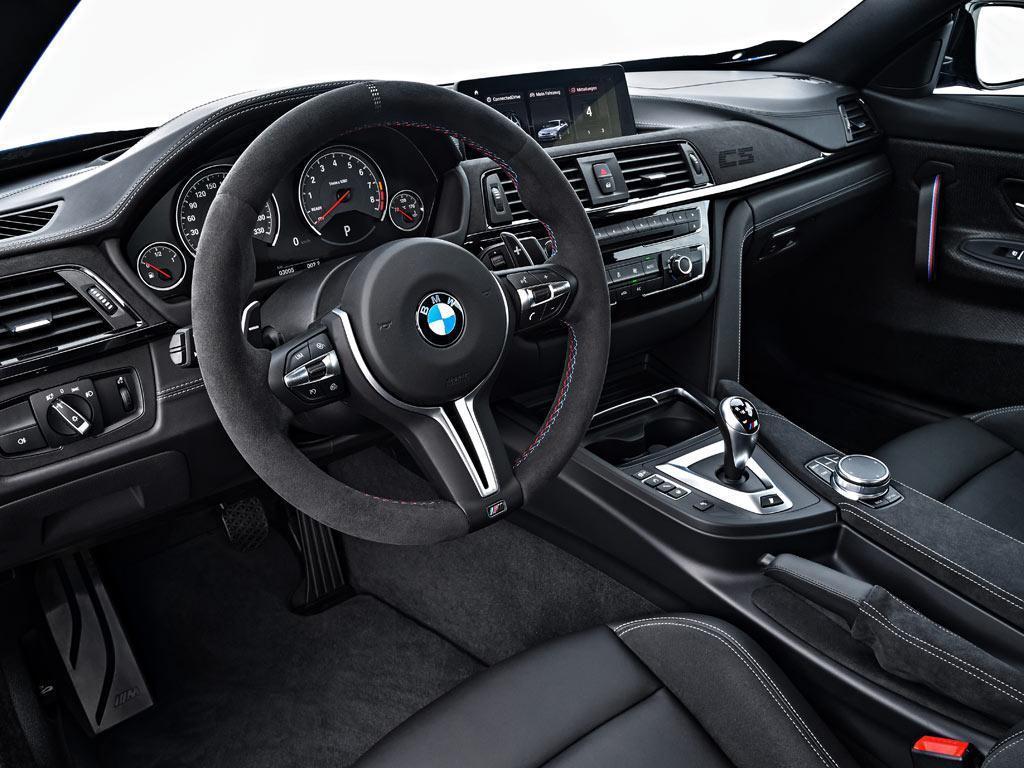 The M4 CS slots into the current M4 line-up mid-way between the Competition Package car and the wild GTS circuit special - and, like the much-loved 'E46'-gen M3 CS did with parts from the CSL, it adopts certain bits you might have found on the GTS at a lower price. In no particular order, they are the lightweight vented bonnet and rear diffuser (both made of carbon fibre reinforced plastic) and the lightweight interior door panels (look, no speakers) and centre console. The car's seats are little changed from those of the Competition Package car - and unlike the GTS, the CS has back seats to match. Back on the outside, the CS gets a new fixed-height front splitter and rear gurney spoiler (also both in CFRP), the latter cutting a much more restrained dash than the GTS's huge wing.

Available with seven-speed 'M DCT' automatic gearbox only, the CS engine uses the same forged crank, baffled sump, extra oil pump and quad-piped exhaust as the M4 Competition gets, but produces 460hp and 442lb ft of torque - the second of those figures a sizable 10 per cent improvement over the Competition Package car. At each corner are new forged alloy wheels whose look is different from those of the GTS, but whose dimensions are exactly the same (19in up front, 20in at the back, with an extra half-inch of width and 20mm of tyre section at the rear). And, just like the GTS, the CS gets Michelin Pilot Sport Cup 2 tyres as standard, or can have more wet-weather-friendly Pilot Super Sports as an option.

Amazingly, that's it: at least as far as nuts-and-bolts hardware is concerned. The engine required no new internals to make that extra power, just a new ECU program; and the suspension nothing in the way of added spring or anti-roll stiffness whatsoever. The car's power steering, adaptive dampers, active locking rear differential and electronic stability control systems have all been retuned, of course - and to no small effect, which we'll come to. But it's still true to say that, wheels, tyres and weight-saving measures apart, all that separates an M4 CS from an M4 Competition Package is software. Sounds... well, profitable. 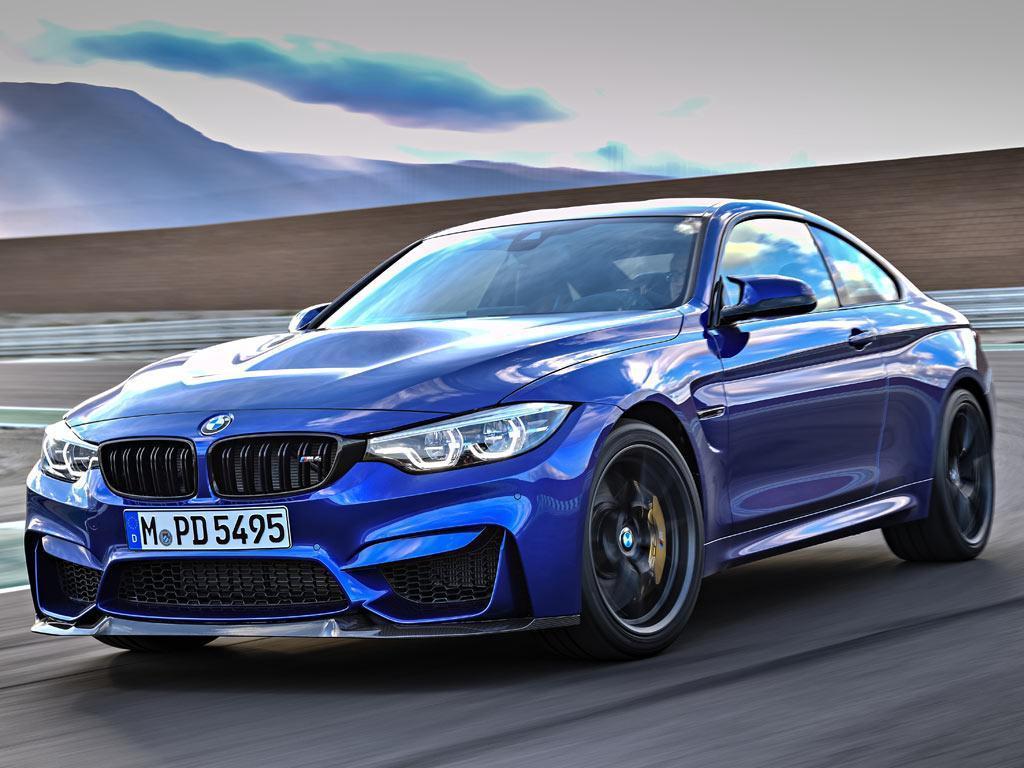 M4 on the floor

And you'd simply never believe that could be true after back-to-back driving with a Competition-spec car and the new CS: something BMW UK made possible for us with a drive out to the Nurburgring last weekend for the N24 endurance race.

The CS steers like a car that's not only more grippy and incisive-handling than the standard M4 but more talkative, too - filtering more contact patch feel through its rim than even the Competition Package car. BMW M says every single damping mode offers better body control, and it feels like it. The car enters a fairly fast bend more flat and settled than its lesser rangemates; has smarter handling response and a greater sense of precision about its steering particularly over the first quarter turn of angle; and has more settled and less floaty vertical body control over bigger long-wave bumps. In 'comfort' mode, it also remains compliant and pretty quiet-riding and altogether more usable than an M4 GTS was on the road.

When comes to ultimate handling balance, I suspect the CS remains a natch less instantly adjustable than some of its rivals - the slight redistribution of tyre contact patch having made for a more secure feel to throttle-on cornering, and the car's 'cup' rear tyres adhering very strongly to dry tarmac even with that extra portion of mid-range torque to transfer. 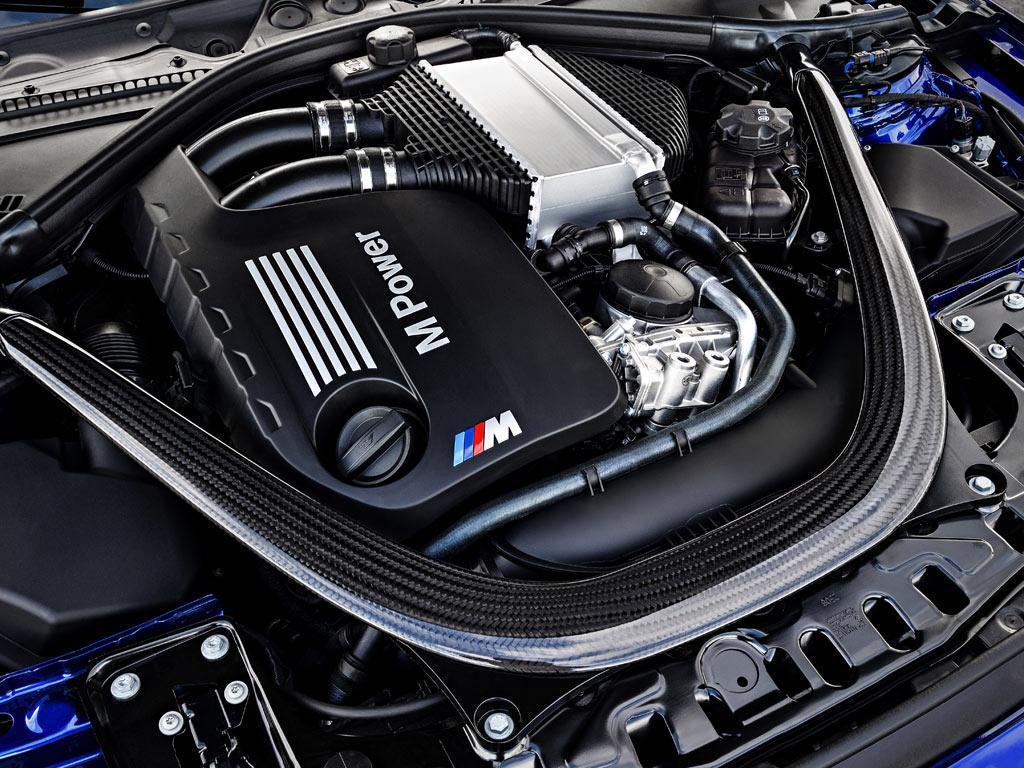 Power is up, but it's the torque boost that counts

might be punted easily into oversteer under power and with the stability control disabled, and an

hustled into it at least in part by the sheer grip of its front axle, the M4 CS tends to prefer to hunker down and stay on-line. You'd need to be going very quickly, I suspect - more quickly that you ever could away from a track day - to get the car to roll into a slide. While the CS's locking diff will begin to nudge the rear wheels into neutrality under power, the car's sense of purpose as a performance machine prevents it from indulging in too much hooliganism at road speeds. It quite plainly wants to be taken more seriously than that - and it'll reward its driver with compelling enough thrills in its own way.

Turbo tactics
The engine, meanwhile, has been even more widely transformed: it sounds better and pulls harder than an M4 Competition's engine, and now feels even more worthy of comparison with those of its rivals from Affalterbach and Turin. The slight sense of meekness about the M4's mid-range torque delivery is long gone. The CS feels like it's quicker than its base car everywhere from about 2,500rpm upwards, and although it still doesn't seem to hit full stride until 5,000rpm is showing, it can accelerate much harder than a lesser M4 at more run-of-the-mill revs. 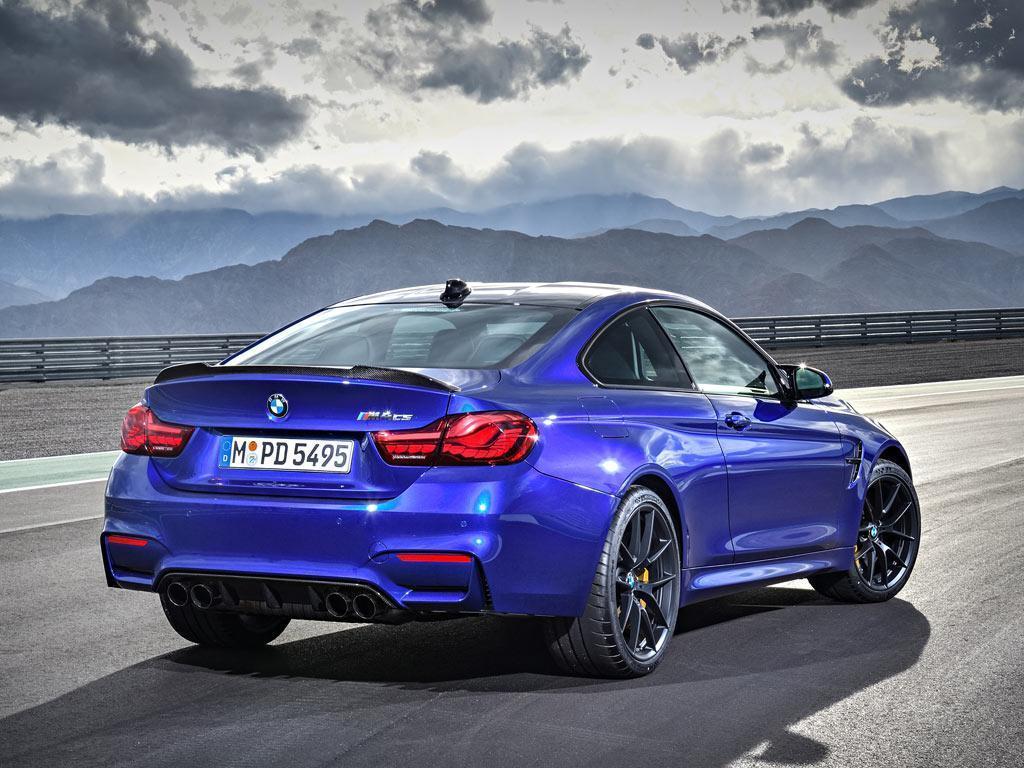 A much better M4, but's it's much more costly too

Pulling from lowish revs in a higher gear is also a richer experience here than in an M4 Competition because - well, because you can hear a lot more of the car's engine and a lot less of its stereo pretending to be its engine. Instead of the perfectly smooth, digitally synthesized warble of the lesser car you get a much deeper, spikier growl from the CS's exhaust under load which, while not as savage as the titanium-piped throb of the GTS, is nonetheless much more likable for its authenticity.

Does all of that add up to justification of a £28,000 premium? It'll depend, I guess; perhaps on how you feel about your current M4, but just as likely on how the market responds to the car, how well it retains its value, how the monthly payments work out and how much you like the BMW's particular neat-and-fast-and-tidy take on rear-driven handling character. I certainly wouldn't argue that this is the best M4 that BMW M has made to date - but, unlike the 'E46' CS (a bit of a bargain, as memory serves), it could certainly have been cheaper.