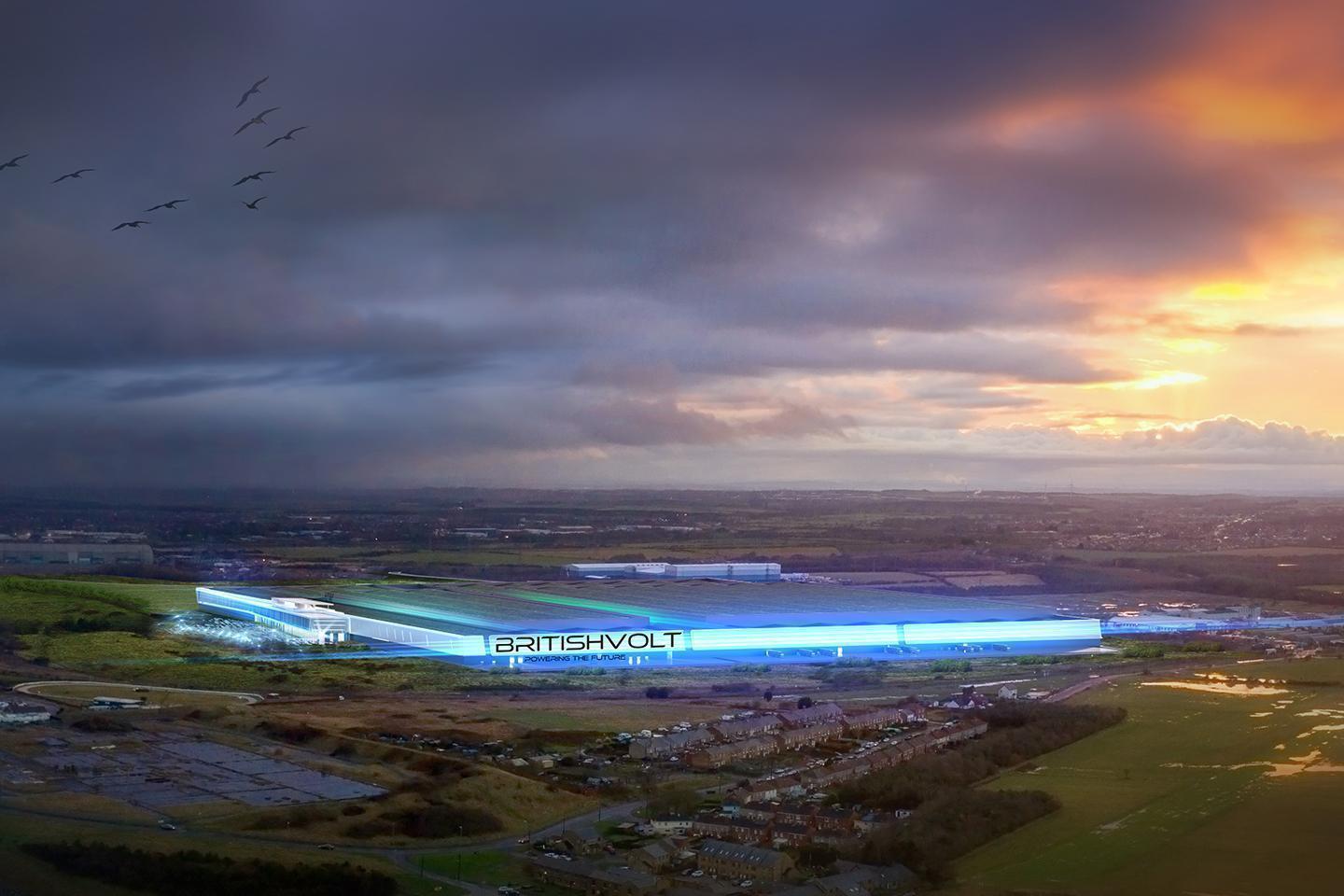 Britishvolt has confirmed Blyth in Northumberland as its chosen location for a new, £2.6 billion gigaplant that’s intended to boost battery supply ahead of a surge in electric vehicle demand. The plant, which will be similar to the one built by Tesla in the US, comes as part of the UK Government’s low carbon transport project fund, which includes investment in battery cell production. Britishvolt is heading up the scheme, and forecasts 3,000 highly skilled new jobs and 5,000 more in the wider supply chain

The gigaplant – to be built on the 95-acre site of the former Blyth Power Station – will be operational in 2023, seven years before an anticipated jump in demand for electric cars thanks to the ban on new petrol and diesel car sales in the UK. Britishvolt highlights the facility’s good transport links and easy access to renewable energy suppliers. It said the Blyth-made batteries will be pivotal in ensuring the UK achieves its target for Net Zero, which will see Britain's electricity production turn greenhouse gas-free by 2050.

As you’d expect for a project of this size – and one of the UK’s biggest energy investments to date – the gigaplant’s ‘switching on’ will be phased. It’s likely be fully up and running by 2027, when over 300,000 lithium-ion batteries will be made and placed into the UK supply stream for the UK automotive industry. Not only should that cater to demand - which is expected to rocket even before 2030 - but also reduce reliance on suppliers from further afield. As Tesla has demonstrated, bringing your supply closer can be pivotal in ensuring competitive business and reducing production delays.

Britishvolt CEO, Orral Nadjari, said of the news: “Now we can really start the hard work and begin producing lithium-ion batteries for future electrified vehicles in just three years. It is crucial for the UK automotive industry and for the entire economy that we are able to power the future. The sooner we start, the better."

Blyth Valley MP, Ian Levy, highlighted the economic importance of the project, stating: “This is an incredibly exciting announcement that will have a massive impact in the constituency and the surrounding area for decades to come. I can’t think of anything comparable in the North East since Nissan invested in Sunderland more than 35 years ago...[The] jobs will not only return the area to the status of an industrial powerhouse, but will help us retain our graduates and provide a huge boost to struggling high streets.”