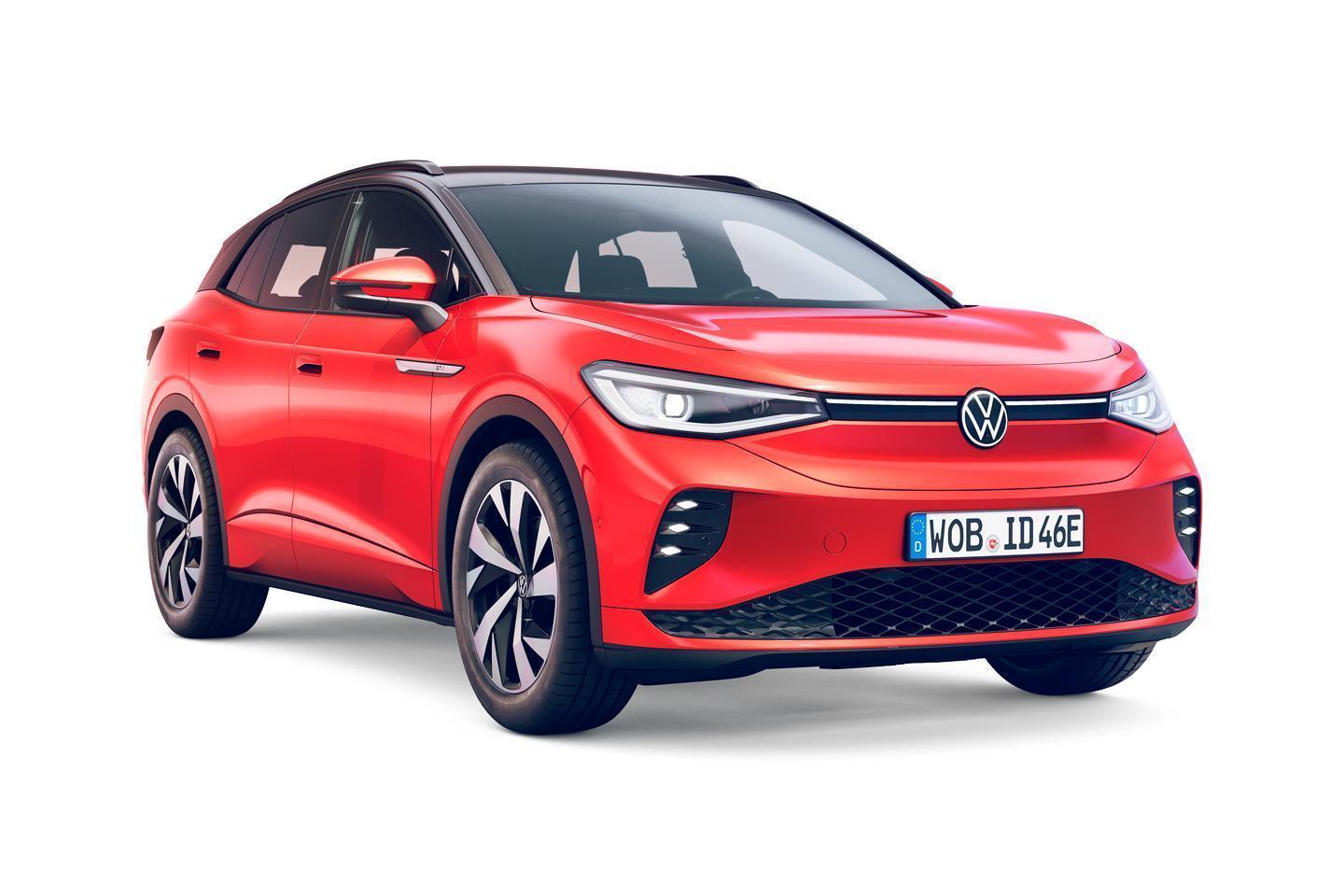 Barely a month after the standard car went on sale in Britain, Volkswagen has revealed a GTX version of the ID.4 SUV. Boasting 299hp thanks to a 77kWh battery and two electric motors - a setup recently seen on the Audi Q4 - the GTX can crack 62mph in 6.2 seconds and reach 112mph, with up to 298 miles of range to a charge. At this stage it’s only launched in Germany, where it opens from €50,415, but rest assured it’s coming to the UK. This might be the first of VW’s performance oriented ‘GTX’ EVs, but it won’t be the last. An anticipated price in the high forties would place it alongside cars like the Mercedes EQA and the Skoda Enyaq vRS.

Not that many will immediately identify this as the performance variant, with styling that’s understated even by VW’s standards. Miss the badge on the boot and the 15mm lower ride height, and there’s little to show that this is a model with power that almost matches a T-Roc R. Volkswagen claims versatility above all else, emphasising the car’s 1.2-tonne braked trailer towing capacity and spacious cabin, with 543 litres of boot space or 1,575 litres when the back seats are down.

That said, the lower suspension setup is said to sharpen up handling, although buyers wanting the optimum GTX are advised to go for the Sports Plus package, which adds progressive steering and DCC adaptive dampers. The tech also works in tandem with the all-wheel drive system and electronic stability control software, to boost cross-country capabilities.

The kinetic energy recovery tech is carried over to the GTX, decelerating the car at up to 0.3g, helping to negate the need for a brake hardware increase. The front discs are 358mm in diameter, while the rear axle only needs drum brakes (yep, this a GT-model with drums), and you’ll likely have already noticed that the wheels are like those fitted on normal ID.4s. Happily, there’s still some sidewall on the tyres, too, a feature that’s commonplace on EVs to help reduce weight, road noise and improve comfort. Which we’re all for.

Otherwise, it’s all essentially existing ID.4 turned up a few notches. The cabin is arguably even more understated in signifying the car’s rank than the exterior, with the digital stuff – including a 10-inch or optional 12-inch touchscreen with augmented reality maps and a digital instrument cluster – being the most significant features. That, and the space and legroom enabled by the flat-floor underpinnings.

This is clearly not a car to blow your socks off, then, but most likely a practical, punchy offering in a line-up that’s already made a strong case for itself. Priced smack bang in the middle of the hot selling SUV segment, it’s easy to see some being swayed by the benefits of an EV against more traditional alternatives. And for those already convinced of the ID4’s merits, a slightly more expensive PCP payment will probably make going for the GTX a simple decision.