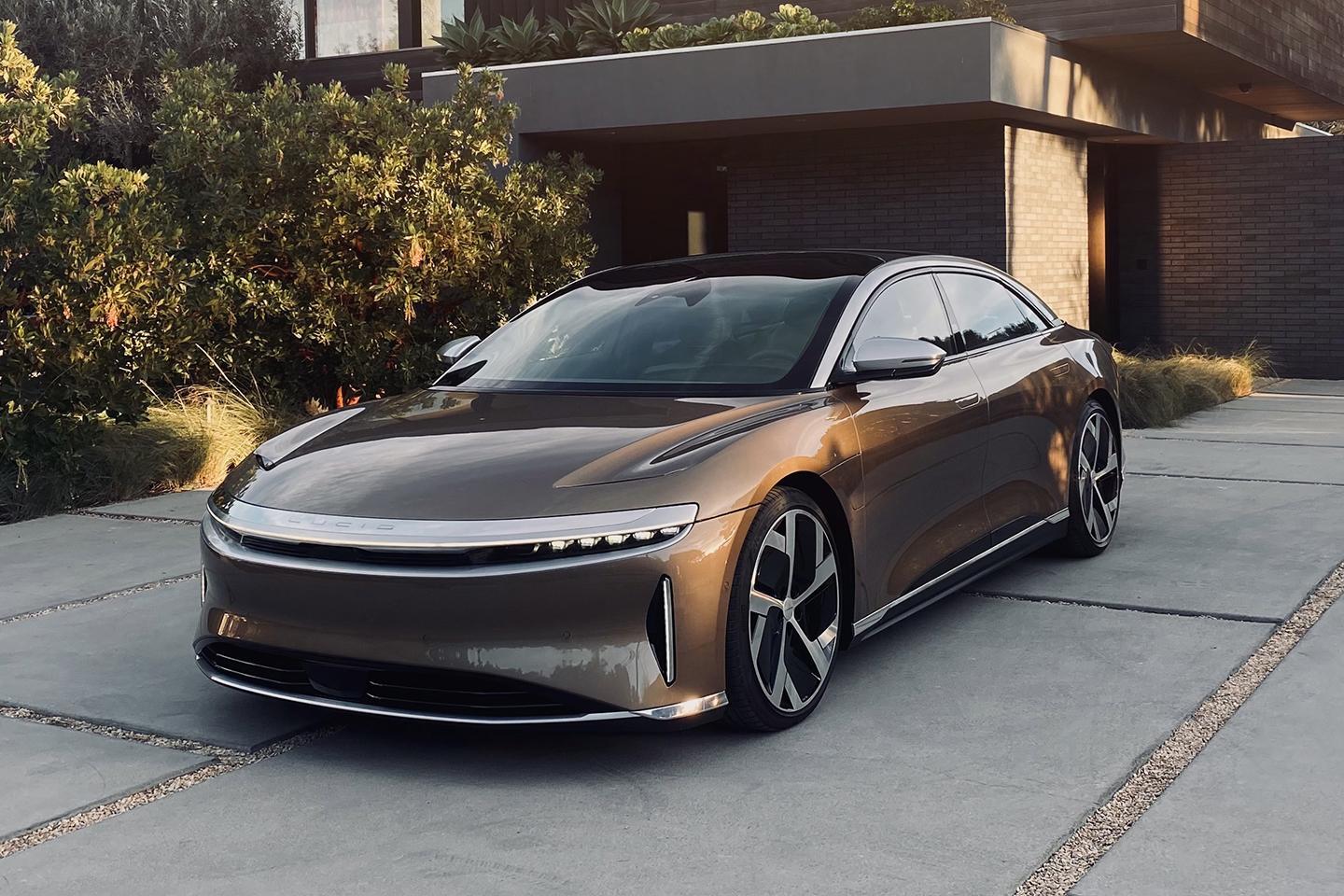 Don't worry if the Lucid Air has you scratching your head. We actually talked about it this time last year when the first production model was unveiled, but for now the firm is chiefly interested in successfully launching the car in its domestic market. To that end, it's latest announcement is a doozy: the Lucid Air Dream Edition R is officially the longest-range electric vehicle ever rated by the EPA. Take that, Tesla.

The R in the model's name stands for Range, and this is appropriate. On 19-inch wheels and with 933hp available, the Air recorded 520 miles. Which is 115 miles further than the Long Range Model S claims to manage. Even on 21-inch rims the advantage is said to be 106 miles in favour of the newcomer. And even the Performance Edition, equipped with 1,111hp and on the larger wheels, will return 451 miles - 55 more than Tesla claims for the incoming Plaid.

Of course the latter is now the holder of the EV lap record at the Nurburgring - but with Lucid claiming 2.5 seconds to 60mph and a 9.9-second quarter-mile for its flagship model, it is unlikely anyone will feel shortchanged in the performance department. Moreover, with its 900V architecture and the right kind of monster DC charger, Lucid reckons the top-spec Air will regather 300 miles of range in 20 minutes. Which is no less impressive than its verified total range.

"I'm delighted that our Lucid Air Dream Edition Range has been officially accredited with a range of 520 miles by the EPA, a number I believe to be a new record for any EV. Crucially, this landmark has been achieved by Lucid's world-leading in-house EV technology, not by simply installing an oversize battery pack," said Peter Rawlinson, CEO and CTO, Lucid Group. "Our race-proven 900V battery and BMS technology, our miniaturized drive units, coupled with our Wunderbox technology endow Lucid Air with ultra-high efficiency, enabling it to travel more miles from less battery energy. The next generation EV has truly arrived!"

Peter Rawlinson's delight is certainly genuine. This is the former Vice President of Vehicle Engineering at Tesla after all, and the chief engineer of the Model S itself. Since then the Welshman has spent the better part of a decade at Lucid, doubtless working hard to get its first production car to this point. Official recognition of the battery range claimed for the car last year ahead of the first deliveries to customers is naturally a significant win.

Initially the Air will be available in slightly less punchy formats - the starter model gets 480hp, a projected range of 406 miles and starts at around £56k in the US. The Grand Touring trim with 800hp and 516 miles is £100k. You'll be delighted hear that both models can already be reserved in the UK for £200 and £770, respectively - but there's still no confirmation on total price or eventual availability. Nevertheless it certainly seems like the Lucid Air is now a name worth remembering.

Mustang Mach-E 1400 versus the Faroe Islands