Renault has confirmed the new electric 5 for production, so it'll need a fast version... 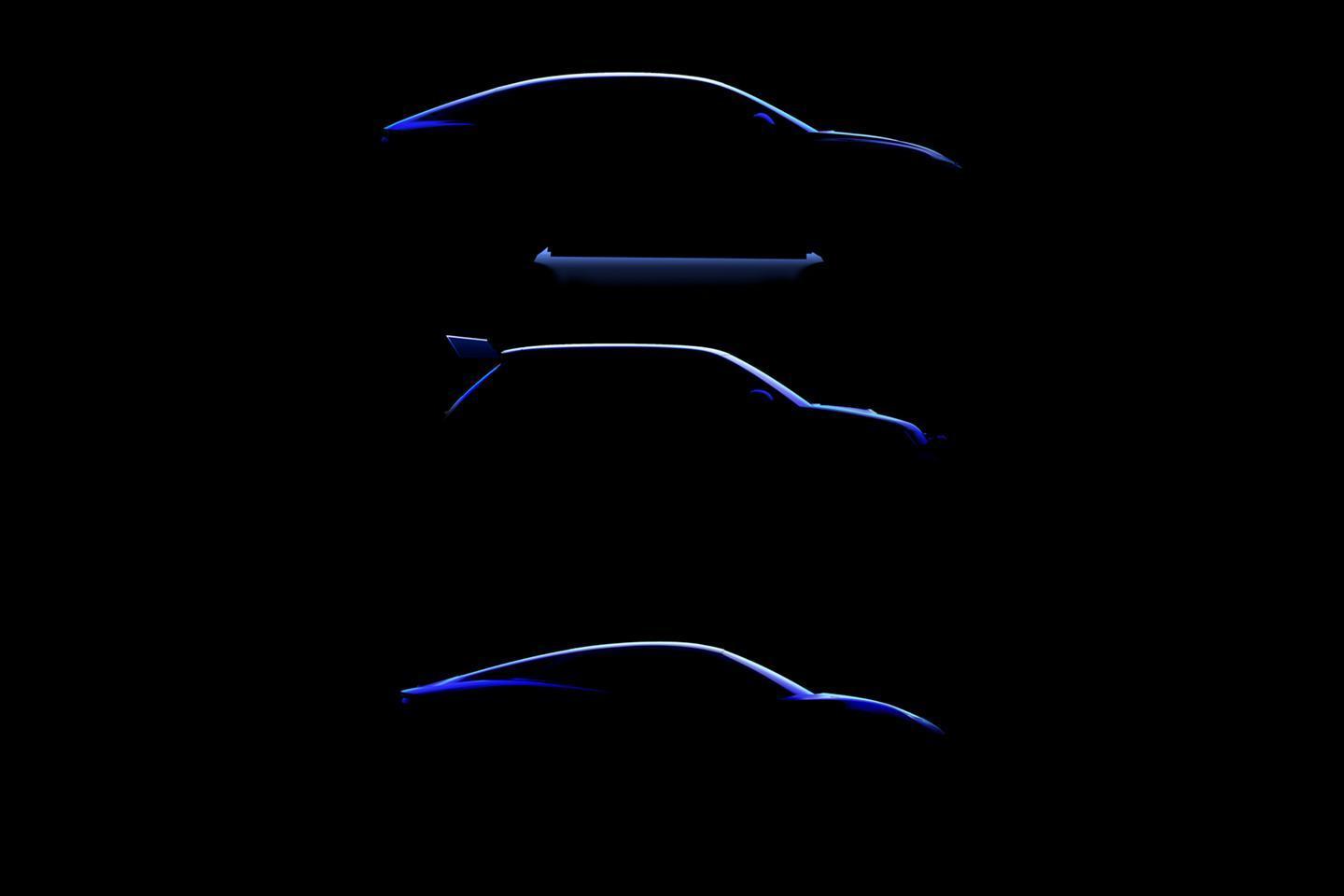 Perhaps nothing proves how fast the automotive landscape is changing than the plight of Alpine; just four years ago it was relaunched to the world with the A110. Yet by 2024 it'll make only electric vehicles, and now we have some idea of what those cars are going to be.

Unveiled as part of Renault's Eways Electropop product conference, these shadowy images preview what to expect from an EV Alpine. Perhaps the most interesting for now is the hot hatch; the Electropop event confirmed the reimagined 5 for production, set to undercut the Zoe with new battery technology, and the bespoilered silhouette seen here previews an Alpine take on that. And if you're seeing hints of the Twin'Run concept that came before the old Twingo, you aren't alone...

Given there have been solar eclipses that have shed more light on subject matter than these images, it's hard to be definitive about just what else Alpine has planned. That said the first one has already been announced - the sports car collaboration with Lotus. From what can be deduced here, it looks larger than the current A110, albeit noticeably sleeker than the other two renders.

The final car is far more difficult to identify. On initial inspection it seems almost Taycan-like, a reimagination of the opulent French GT for the electric age. But then it seems bulkier, perhaps along the lines of a coupe SUV - not the silliest idea given Porsche's commitment to an electric future for the Macan. And we all know how popular that car has been, and which seems unlikely to suffer in the powertrain swap given the Taycan's reception.

Powering the "Alpine dream garage" from 2024 will be new battery technology created in collaboration with Verkor, aiming to drive down the cost of battery packs and further improve efficiency. Renault's aim is for the "greenest mix in the European market in 2025", with two-thirds of its cars being electric or electrified by that pint - rising to 90 per cent for BEVs by 2030. Renault Group CEO Luca de Meo said Renault is "betting on iconic designs... to bring the Renault touch to electrification: making electric cars popular".

If Alpine can do the same for EVs with enthusiasts, then they really will be onto something. But the message is clear: the petrol-powered Alpines are not long for this world, so grab them while you can. In case it hasn't been made clear yet, they are rather good...