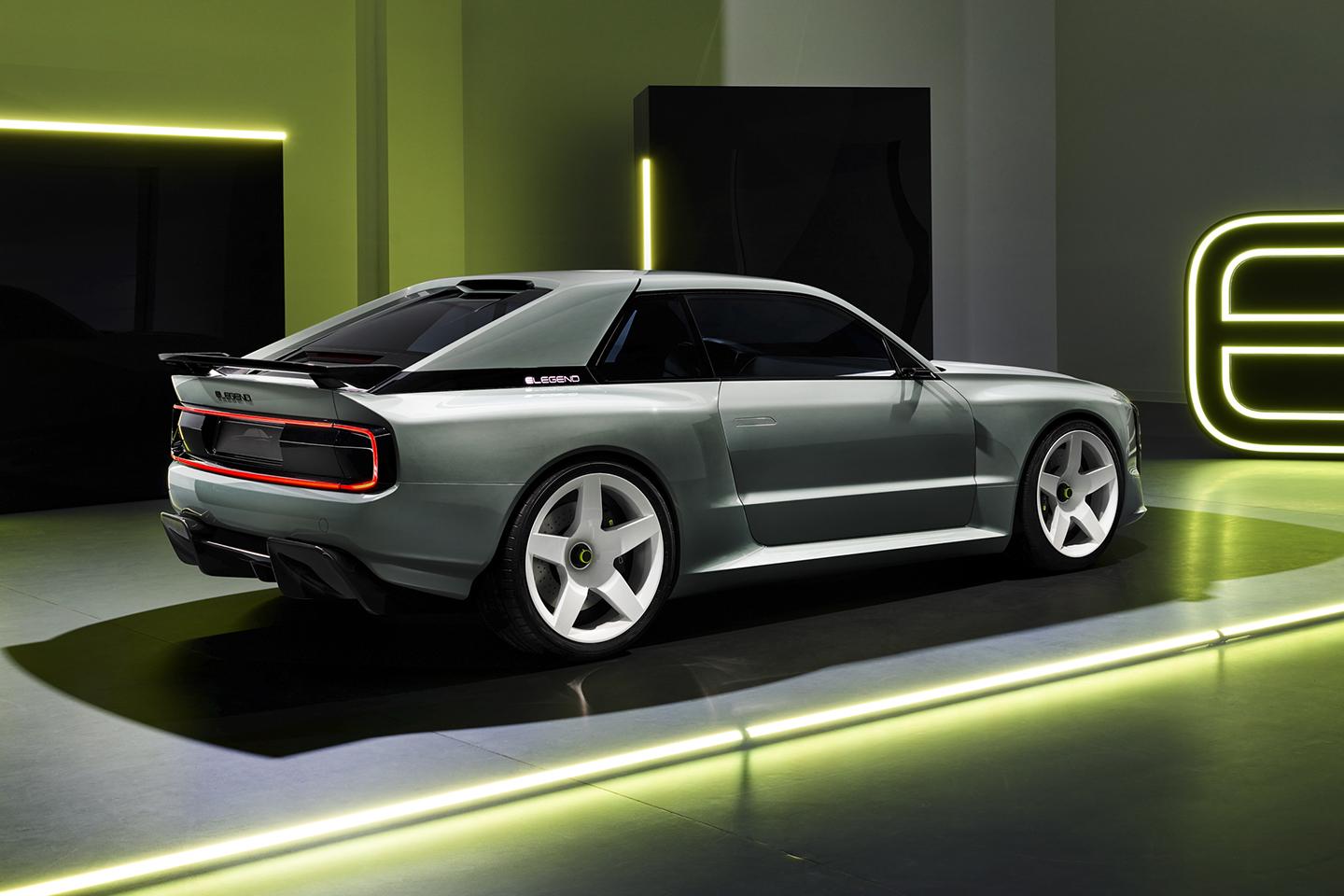 You'll likely remember that we started talking about the E-Legend EL1 back in June, when the firm quietly revealed a design concept. You'll remember it because the proposed EV was plainly an homage to the Audi Sport Quattro S1, and looked the business. Since then things have clearly gone well because the firm has opted for a much splashier international debut at the Munich show as it heads towards series production next year.

The basic premise is unchanged, which is fine because it was essentially a good one. The two-seat EL1 will remain short and wide and low and brilliantly proportioned. 19-inch wheels are planned for the front axle, with 20-inch wheels at the back - so it'll look right at home in 2022. "With the EL1, we are creating a retrofuturistic form for the 21st century that is unparalleled," boasted designer Marcus Holzinger.

Needless to say the futuristic bit is found under the retro shell. A carbon composite monocoque chassis has been developed with Roding Automobile GmbH, a prototype car specialist, and it'll be driven by three electric motors - a 204hp one to the front, and a brace of 306hp ones on the rear axle, complimented by a limited-slip differential at either end. That's 816hp total, from which E-Legend expects to derive a 0-62mph time of around 2.8 seconds and 0-124mph in 8.5 seconds.

That we already knew, but the firm now reckons that the 1,650kg car will be good for two laps of the Nordschleife at 'race pace' without any loss of power. Away from the Nurburgring, it quotes 264 miles of range from a 90kWh battery located in centre tunnel and behind the front seats, which can fast charge up to 300kW. The EL1's weight distribution is said to be 47/53 in favour of the rear.

E-Legend is obviously aiming for high level of usability. The double wishbone chassis boasts three-stage dampers, and there will be a 'Standard' drive mode alongside 'Sport', not to mention a 'modern high-end infotainment system' including Bluetooth interface, sat nav and a rearview camera. Air con and power windows will also feature, and the company promises boot space at the front and rear.

Buyers will likely expect all of this and more in return for 890,000 euros plus VAT. E-Legend expects to start hand-building the first of a planned 30-unit run next year once it has completed the current prototype phase. If the EL1 is a success, it plans to follow it up with two more 'iconic cars' built on the same architecture, and also limited to 30 examples each. Doubtless the firm will be keenly gauging the response at Munich to see if that business plan holds water.