New to the UK, the flagship model delivers 487hp and huge performance - for quite a price 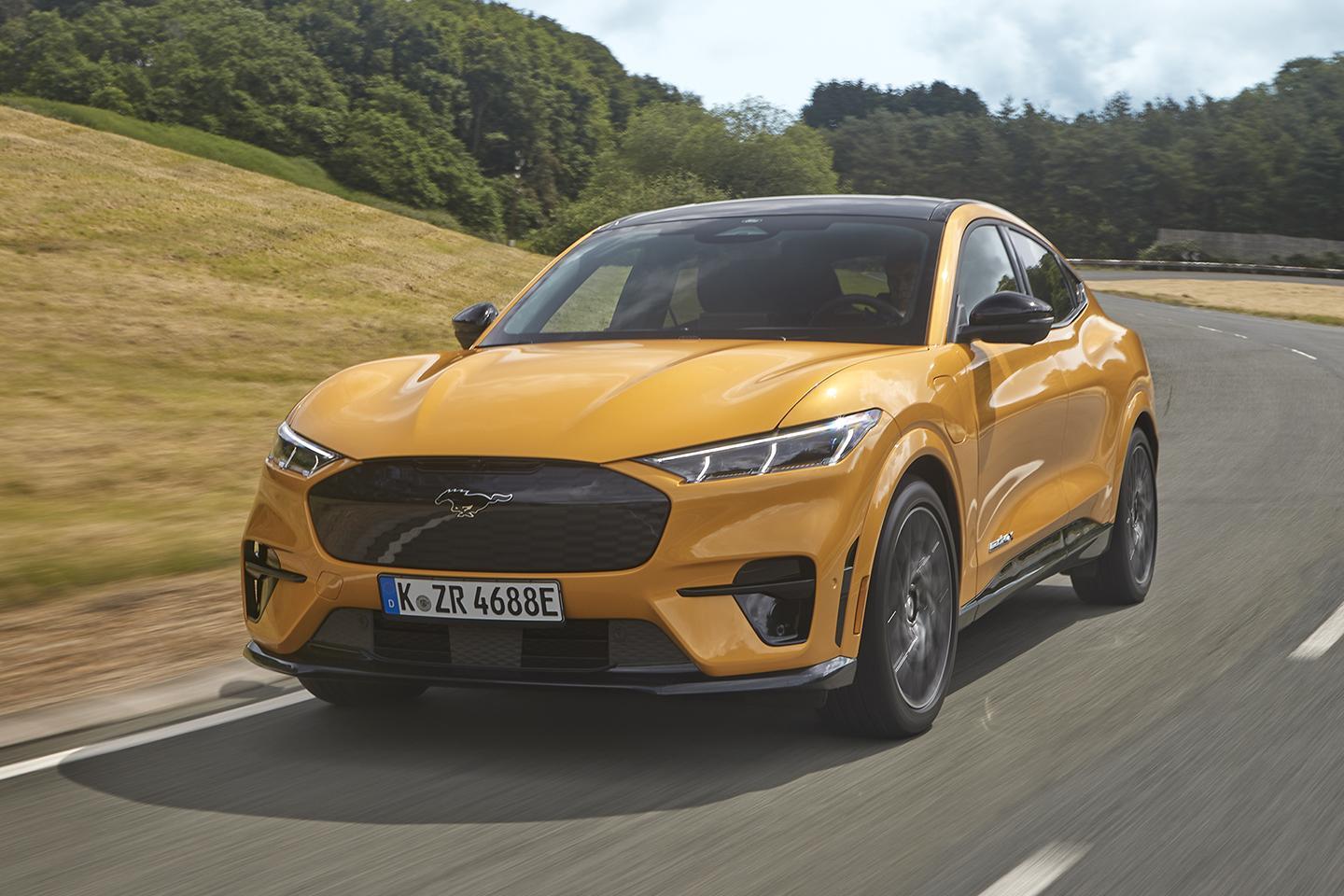 We were cautiously optimistic about the Mustang Mach-e when we tested it earlier this year. Is it the ideal way to carry an iconic name forward? No. Is it a worthy and generally likeable EV? On balance, yes. And now, after what seems like quite a significant wait, there is the new GT version, with its 487hp output - 136hp more than was available to the Extended Range model we drove in February - and a starting price of £67,225.

Any way you dice it, that is a significant sum - especially for a Ford. The Jaguar I-Pace kicks off at £65,245, after all. And not for nothing, but a (proper) Mustang in range-topping Mach 1 format is from £55,255. Of course the GT does come with several kickers. For one thing, it develops more torque - 634lb ft of it - than any car Ford has ever offered before in Europe. For another, it will break the 62mph tape in 3.7 seconds from a rolling start. And, yes, rolling starts are rubbish, but still. The GT is assuredly not slow.

For the most part, this is the point of its being. It's the fastest accelerating five-seater Ford has ever sold in Europe, too, which obviously earns it bragging rights over the entire fast Ford back catalogue. The manufacturer also says that the GT gets a unique powertrain configuration to make the all-wheel-drive model more rear biased. And a new 'Untamed Plus' mode specifically tuned for the 'repeated high power-demand scenarios' of driving on a track.

To help it achieve this, the car not only gets standard MagneRide adaptive suspension, but also a unique brake and tyre spec - the latter being a bespoke Pirelli compound that's one inch wider than standard on 20-inch rims. Predictably, the 385mm Brembo front discs are the largest fitted to any Mach-E.

"The Mustang Mach-E GT demonstrates the true potential for all-electric powertrains to dial up the fun-to-drive experience," said Geert van Noyen, Ford's Vehicle Dynamics manager in Europe. "This is a refined, premium specification five-seater SUV with the acceleration of a supercar and zero tailpipe emissions - a combination that was the stuff of dreams when I started my career as a car engineer 30 years ago."

Whether or not this is a dream come true for the rest of us obviously remains to be seen, but Ford seems to think itself in a good place, even if the Extended Range 88kWh battery now contributes a 310 mile range where you get 335 miles in the £58,180 version. A marginal difference perhaps given the performance gains - but the cheaper model is neither slow or sloppy, and presumably not constrained by limited supply, as Ford says the GT will be for the foreseeable future. Regardless, or if Ford had you at hello, the flagship is available to order now with first deliveries expected later this year.