New all-electric crossover shoots for the moon with 162mph, 0-62mph in 3.5 seconds headliner 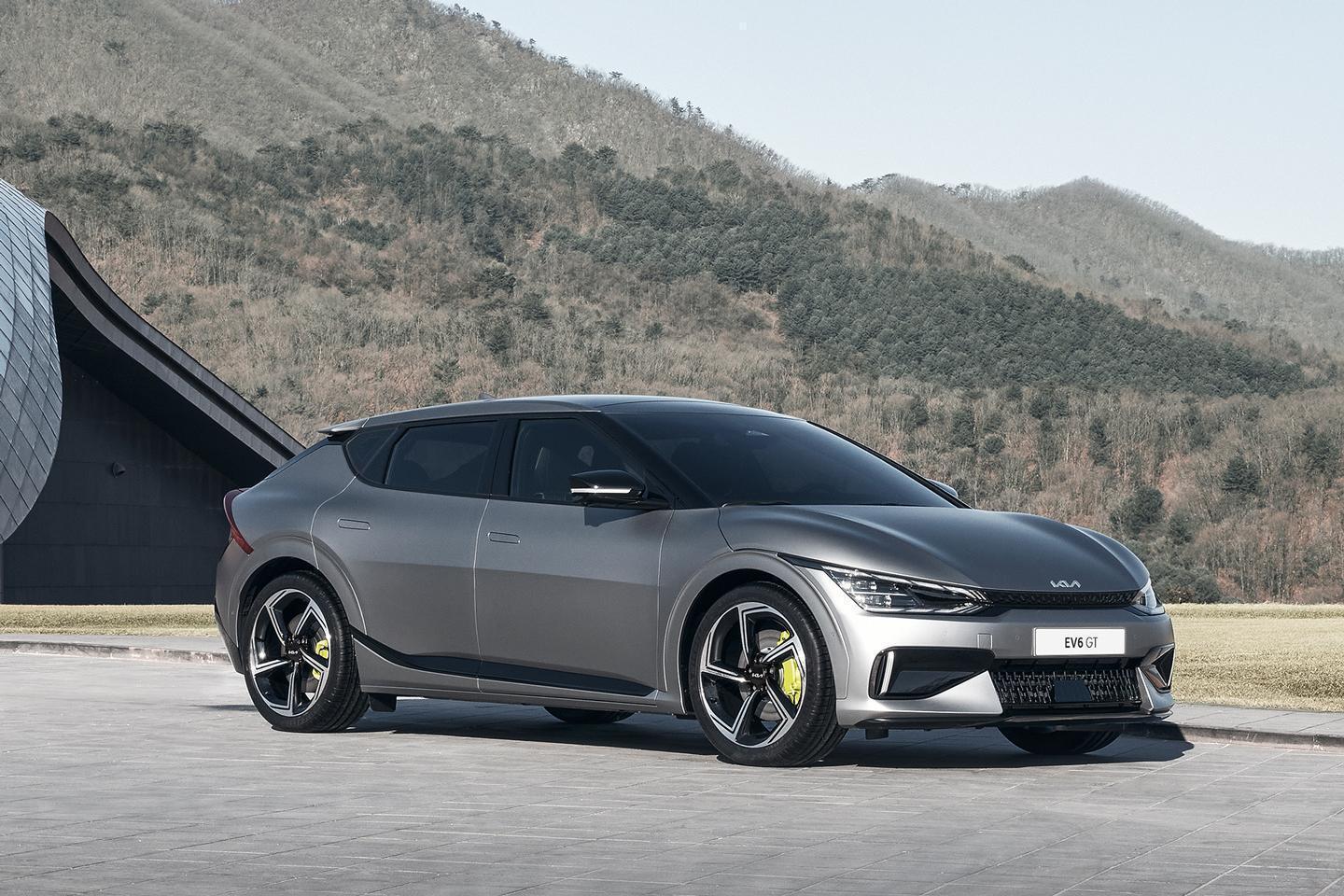 Kia has made a habit of sticking it to the opposition over the years. Twenty years ago it was a footnote in the UK market. Now it can credibly launch an all-new electric model with a 585hp AWD headliner and expect to make it stick. With a 0-62mph time of 3.5 seconds and 162mph top speed, the new EV6 is easily the quickest car it has ever made. Obviously it will be available in less-potent guises, including a two-wheel drive long-range version that can do 316 miles to one charge, and these will sell in greater volume. But Kia is plainly unconcerned that the range-topper will, on paper at least, tread on the toes of the Porsche Taycan.

Its ambitions do not stop there either. The EV6 sits on top of an all-new electric platform, which is expected to help the firm become a global battery electric vehicle leader by 2030. The car shares its 2,900mm wheelbase with the Taycan and is obviously intended to slot into the burgeoning crossover market with bold claims for its practicality and comfort. Multiple variants will be available, ranging from the regular car, a GT-Line and then the GT, with both two and four-wheel drive available in the cheaper variants. All versions get a sleek, low-set design that sees the car stand no taller than 1,550mm – almost identical to Jaguar’s I-Pace.

Kia offers both 400v and 800v electrical architecture and 77.4kW and 58kW batteries with its EV6, with higher volt cars capable of 10 to 80 per cent battery top ups in just 18 minutes. Which is very competitive. The car’s Electric-Global Modular Platform (shared with Hyundai) is single- and twin-motor compatible, with the top GT model using a motor on both axles. Their combined efforts also provide the range-topper with 546lb ft of torque. At the other end of the line-up, the two-wheel drive of the EV6 base has only a rear motor offering 229hp and 258lb ft. Pair that with the top 800v system and 77.4kW battery (the GT’s default setup), and 62 miles of range can be added in just four and a half minutes of plug time.

As evidenced by the aforementioned numbers, the EV6 can be specced with a surprisingly free mix of battery kilowatts, voltage and motors. That should really extend its accessibility. As of this morning, Kia's UK pre-order site has gone live, revealing that the base level EV6 starts at £40,895, which makes this a four-door EV that's £30k less than a Taycan, and about eight grand more than Kia's e-Niro. The EV6 GT starts at £58,295, comfortably overtaking the £42.5k Stinger GTS in Kia's ranks.

Certainly the design appears slick enough for the model's rank. The cabin is set to be practical, too, with 520 litres of luggage space or 1,300 litres when the second row of seats are down, and a front boot offering 52 litres for RWD cars and 20 litres for AWD ones. That’s not to the detriment of handling, we’re told. Indeed, Kia says that its EV6 GT gets electronic limited-slip differential “software”, which is said to enhance its dynamic abilities and handling. And Albert Biermann, overseeing development, says that “the GT version of EV6 demonstrates our technological leadership through its combination of outstanding high-speed charging and acceleration performance like a super sports car”. He adds “there’s no need for compromise between inspiring spaciousness and performance”. In Albert we trust.

Adding to those credentials is promise that the EV6 can, when there’s more than 35 per cent left in the battery, tow braked trailers of up to 1.6 tonnes. Also, the car’s charging system is said to be “more flexible than previous generation BEVs” because it uses an Integrated Charging Control Unit. The hardware is said to enable a new “vehicle-to-load function”, which can discharge energy from the battery with 3.6kW for use on external electrical devices. Apparently, both a 55-inch television and air conditioner can run for “more than 24 hours” in tandem, or the car can charge another EV. Those are strong selling points, especially for the American market, which will be crucial for the EV6.

On the subject of energy, the EV6 has a new regenerative braking system, controlled in strength by flappy paddles behind the steering wheel, offering six regenerative braking levels. The car mimics a conventional vehicle in its least regenerative setting, or offers one-pedal driving in its harshest. Like the specs, it seems the EV6 is set to be diverse in operation, too. Kia hammers home the usability of its newcomer with a long list of driver assistance features, including a remote smart parking function, and next-gen tech for lane keeping and motorway cruising software. Again, you get the impression these functions will be especially important for the US market.

Kia expects more than 40 per cent of its total sales by 2030 to be for electrified cars, with an annual sales target of 1.6 million units. BEVs alone are expected to account for 880,000 units by the end of the decade, with the EV6 part of 11 new battery-powered models to come from Kia by 2026. Seven will be built on the E-GMP architecture, and four will be EVs based on existing models. Expect pace to pick up when EV6 production starts in South Korea in a few months, then. Pre-orders are being taken from today in some markets (including Britain), with a proper on-sale date to follow in the second half of the year. Deliveries are scheduled from October for the base car, and October 2022 for the GT.