Team X44 will compete against Abt, Chip Ganassi and Adrian Newey's squad in electric off-road series 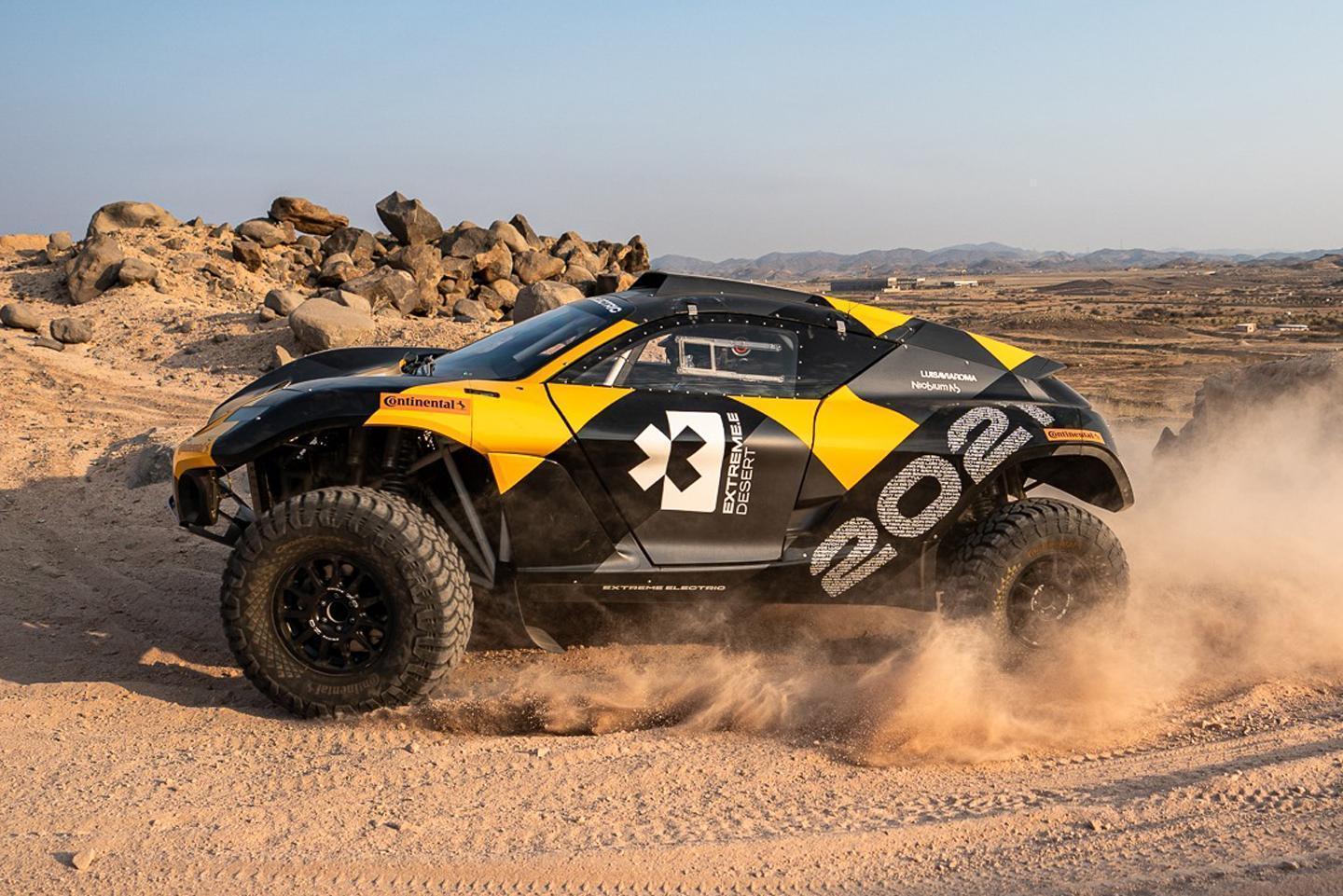 Lewis Hamilton has confirmed that he’s entering a team called X44 into the upcoming Extreme E series, the electric off-road championship that’s headed to some of the world’s most intimidating locations from next year. Fresh off the back of a challenging Italian Grand Prix weekend, the F1 star confirmed that he’ll be in a strictly managerial role, stating that “it will be fun to have a different role from being the team driver”. X44 – named as such after Hamilton’s race number – is yet to confirm who’ll be doing the driving. Imagine the stress of having a six-time F1 champ as your boss.

“What is most appealing though, is that the Extreme E Championship will be not only raising awareness of some of the most critical environmental issues facing our planet, but also doing something about it through working with local charitable organisations to leave behind no trace, and a long-lasting legacy of change,” Hamilton said. “I’m looking forward to the team taking part in this new series and I think it’s incredible that we can do so whilst raising awareness about the climate crisis.”

It’s a nice fit for Hamilton’s own interests, the life-long racer being similarly famous for his switch to veganism and his efforts in raising awareness of the climate crisis. It’s not been without its controversy – plenty have voiced their opinions against his viewpoints – but many have found it hard not to admire the man’s passion. Extreme E’s mission has a lot in common; it’s setting out to highlight areas of extreme environmental destruction in some of the world’s most vulnerable places.

How, you might ask, can a series bring a grid of 550hp electric off-roaders, drivers and team personnel to vulnerable places and not cause carnage? Extreme E assures us its plan is a safe one, with local charities helping to ensure no harm is done to the environment. The series will use a heavily re-engineered RMS St. Helena to transport the freight from race to race, producing two thirds less CO2 than the equivalent load in air travel. Oh, and there’ll be no spectators, with races broadcast entirely online – and that was always the plan. Covid-19 has conveniently levelled out the playing field.

The brainchild behind the operation and Formula E founder, Alejandro Agag, is understandably buoyed by the new of Hamilton’s involvement. He said: “Lewis is one of the most successful drivers of all time, and we’re all excited to see how his X44 team performs on and off the racetrack under his incredible guidance. A huge welcome to the Extreme E family Lewis.” With Hamilton joining the likes of Adrian Newey in the series, we wouldn’t be surprised to see a few more big names sign up in the coming months. Perhaps Extreme E will be the greatest chance for rivals to actually stand a chance of beating him!