Heard the one about John O'Groats to Land's End in an EV? Ford manages 840 miles with only one stop for charging 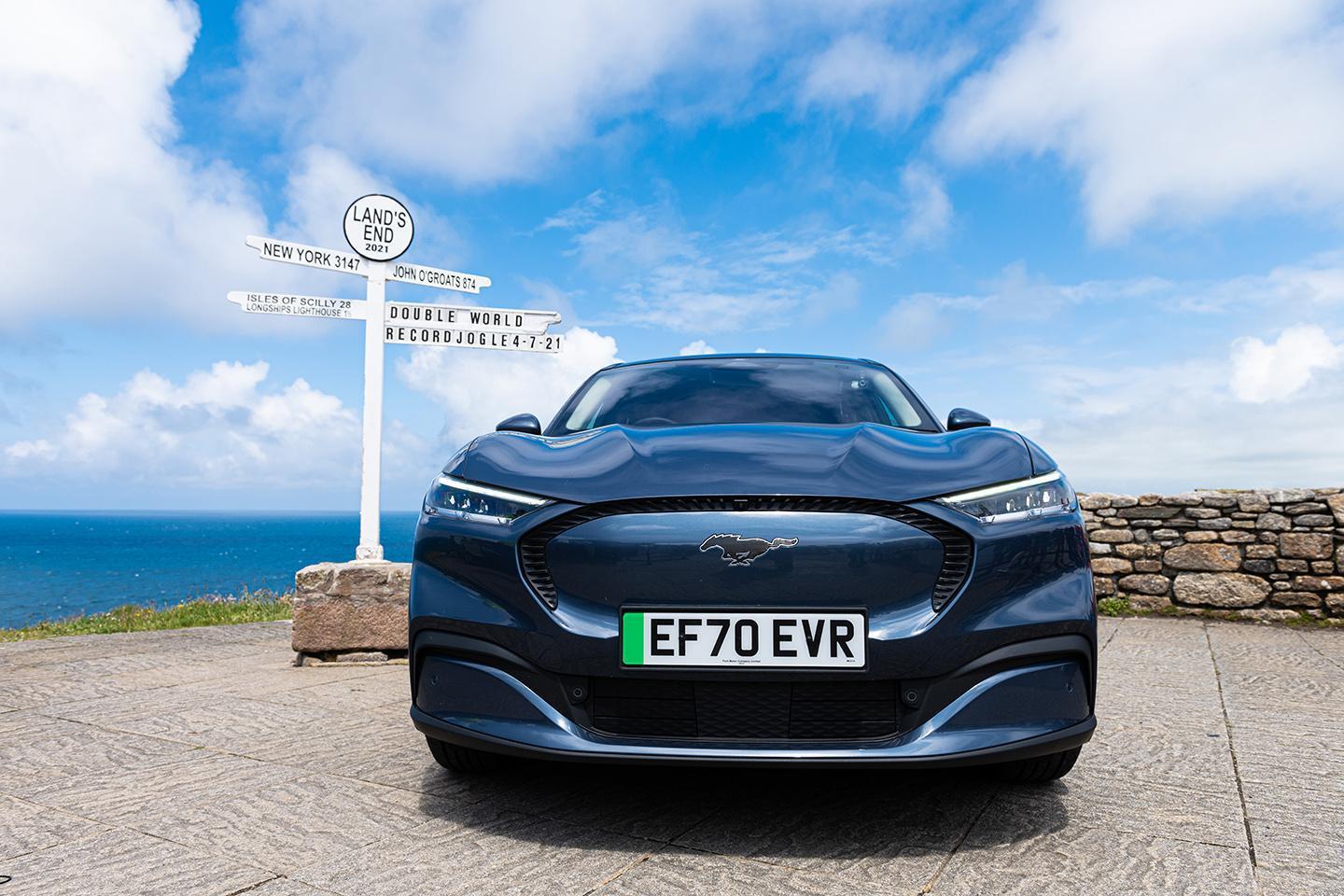 Of the familiar criticisms often heard about electric vehicles, range is surely the most frequent. Without Superchargers available to everybody else just yet, most EV owners are at the mercy of c. 200-mile motorway ranges and a patchy public network. The confidence a driver needs to take on any long journey is knocked before going anywhere. With a journey, say, from John O'Groats to Land's End, you would understandably be wary of tackling it in an electric car.

But perhaps not for much longer, as Ford has demonstrated just how far an EV can travel with three new Guinness World Records in a Mustang Mach-E. For the 840 miles from the south-west of England to the north-east of Scotland, a RWD Extended Range Mach-E only required 43 minutes and 13 seconds of charging, delivering 6.5 miles per kWh in the process.

There was no way such records could be set with any Tom, Dick or Harry behind the wheel, so Ford employed the services of drivers with petrol and diesel economy records already on their CV. Quite what sacrifices have to be made to eke 6.5 miles/kWh from Mach-E aren't made clear, but it was hardly likely to have been the swiftest or most comfortable of journeys. Even though the record took place in July, the detrimental effect of air-con on range would surely have ruled that out. Wouldn't it?

Whatever the details, the records now stand, and seem like they'll take some beating. For those that are interested, the 43-minute charge took place using a 150kw charger at the new MFG charging hub, which is by J27 of the M6. Useful to know for those heading up to Scotland in an EV, and especially for Mach-E customers - the MFG network is joining the Ford Pass charging app.

With Ford's research suggesting most people think an EV can do 150 miles, there is obviously a marketing benefit to all this record-setting. Assuaging concerns about range anxiety are all part of the industry's sales pitch - even if they can't do anything about broken chargers or another driver taking the last spot available.