50 years since the first one, the Opel Manta is reimagined as an EV. A good one, too... 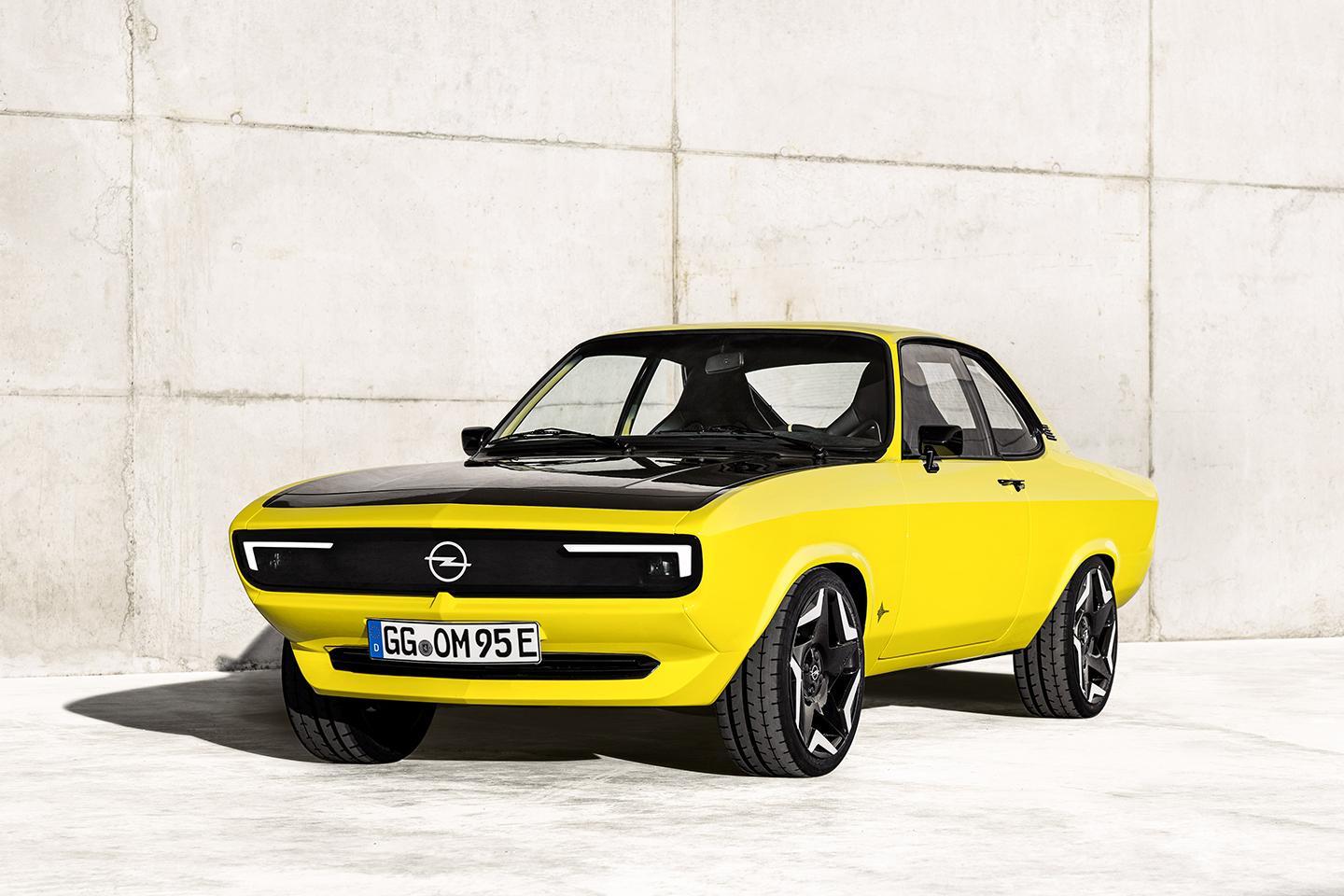 Retro themed EVs are nothing new these days - just look at the Honda e. But we haven't seen many manufacturer-commissioned electric restomods, tremendously costly Astons and Jaguars notwithstanding. This latest Opel concept might be the first of its kind, then, bringing back the much-loved Manta coupe for the 21st century and the electrification of motoring.

At the moment it's just a one-off to celebrate half a century of the name. However, there's enough of this Manta that looks and sounds production-ready to be encouraged about its future viability. It doesn't have 2,000hp, gullwing doors or a claimed 600 miles of range; everything is quite modest, realistic and eminently achievable for small, smart, urban coupe.

Take the way it looks; obviously the ElektroMOD pays homage to the original with touches like the 'Manta' badges, circular rear lights and Ronal wheels. It's sufficiently modern, too, with the Pixel-Vizor front end, LED running lights and digital interior with a Pure Panel of displays. But none of it seems far-fetched, even for a concept. It just looks like a nicely executed, modern reinterpretation of the small, rear-drive coupe.

As for power, the new Manta uses a 31kWh battery (the new Mokka-e uses a 50kWh, the Honda e is 35.5), which supplies just enough energy for 147hp and 166lb ft. No crazy output concepts here! The range is estimated at 200km, or 124 miles, comparable to the new Mazda MX-30. Regenerative braking helps sustain that, and a 9kW onboard charger means a full rejuice would take less than four hours. All sounding quite normal, isn't it?

What's less normal is the presence of a gearlever. Vauxhall hasn't supplied any detail on how the four-speed manual actually works in the context of the car's presumably quite straightforward EV drivetrain, but given a lack of involvement is one of the main EV gripes, any concessions to actual driving are surely to be welcomed. Note the Petri three-spoke wheel, too, just like an original.

With so much potential, then, it's frustrating that Vauxhall and Opel are apparently nonplussed by the production viability of the Manta GSe ElektroMOD. Beyond confirming its one-off special status, the makers have only pledged to offer electrified variants across their ranges by 2024. But how better to launch into a brave new era than with an attention-grabbing coupe? Certainly, it's more credible than yet another SUV. The level of detail that's gone into this concept would suggest Opel has invested no little love into it. We live in hope...