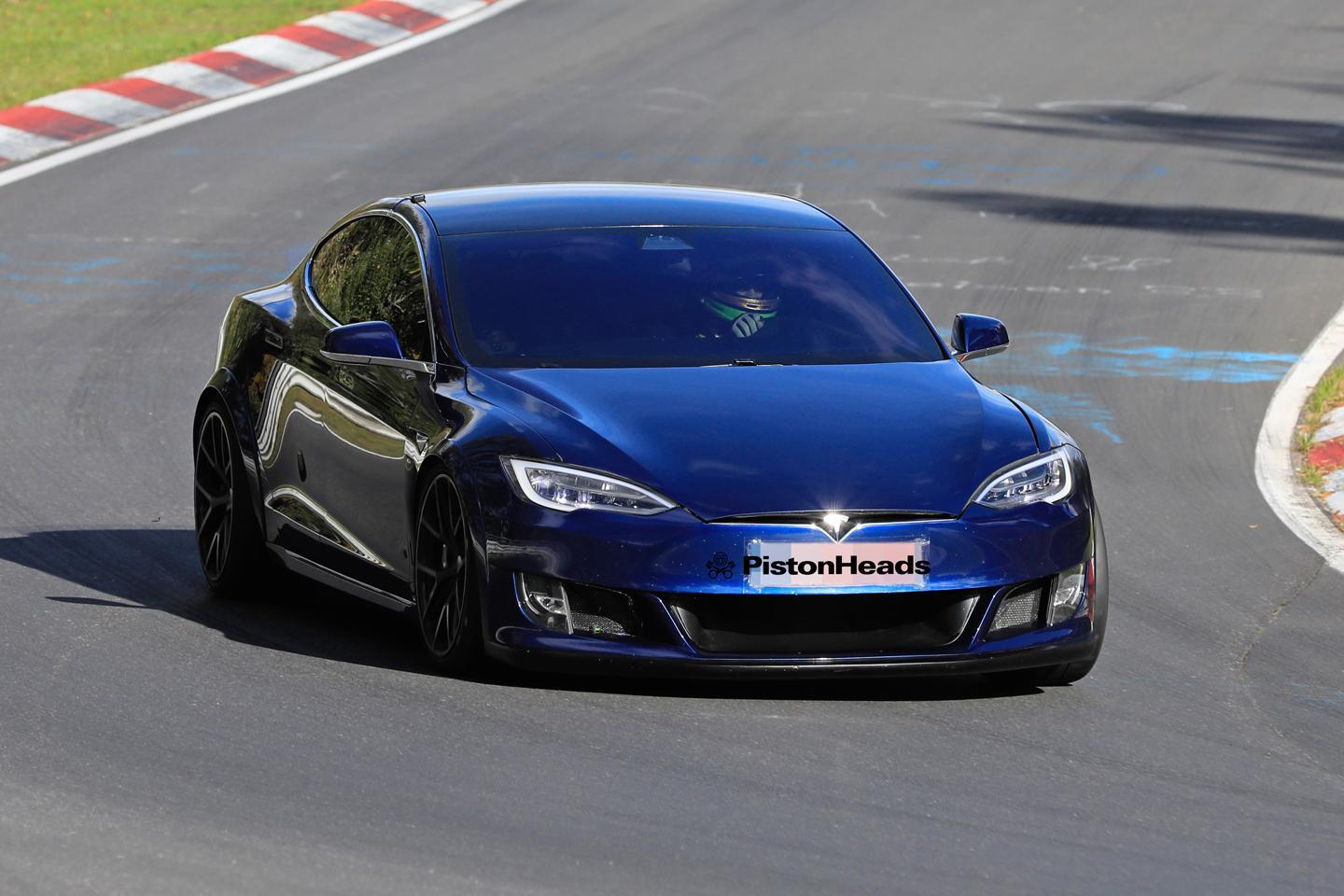 Tesla has confirmed that its long-awaited Model S Plaid will arrive on roads in 2021 as a 200mph, sub-two-seconds-to-60mph halo for its long-running electric saloon. Using three electric motors to produce around 1,100hp, the Plaid will come with a higher-than-ever capacity battery said to enable 520 miles of range on a single charge. And yes, it'll be coming to Britain with prices here starting from £130,980. Orders are being taken now, with deliveries scheduled for late next year.

Plainly it's intended as a game, set, match prospect, clearing even more space between the Model S and the Porsche Taycan Turbo S. Whether not it competes with the latter as a driver's car, the Plaid is a number's monster. Among them is the claim of a 1:30.3 laptime at Laguna Seca, which is not only six seconds quicker than the pre-production prototype we were shown last year, but also just three tenths slower than the time listed for a Huracan Performante on FastestLaps.

The Plaid's pace isn't all generated by its powerplant, either; as earlier spied prototypes suggested, there are new chassis and aero features to come. The last prototype wore lighter wheels, bigger brakes and a rear spoiler - and, from what we can make out, those features appear to have been retained on the car that blurs past the camera in a Tesla Leguna Seca video clip. Although quite what format the production version take remains to be seen. The prototypes certainly looked the part.

While the on-paper stats suggest it'll be eye-poppingly fast when driven flat out, whether or not the Plaid becomes the first Tesla truly capable of regular circuit use - as its lap time seems to suggest - remains to be seen. Rumour of a near 30-second advantage over the Taycan's 'ring record were only achieved with what appeared to be a bespoke variant, and Tesla declined to set an official time. Porsche indirectly highlighted the Model S's limitations in battery and ancillary cooling while underlining the temperature management achieved in the Taycan.

Tesla may consider such issues a peripheral concern given how many of its buyers can be expected to take to the track. Or it might have endeavored to solve them in the Plaid, thereby completing its rout of its nearest rival. We await further details with interest.