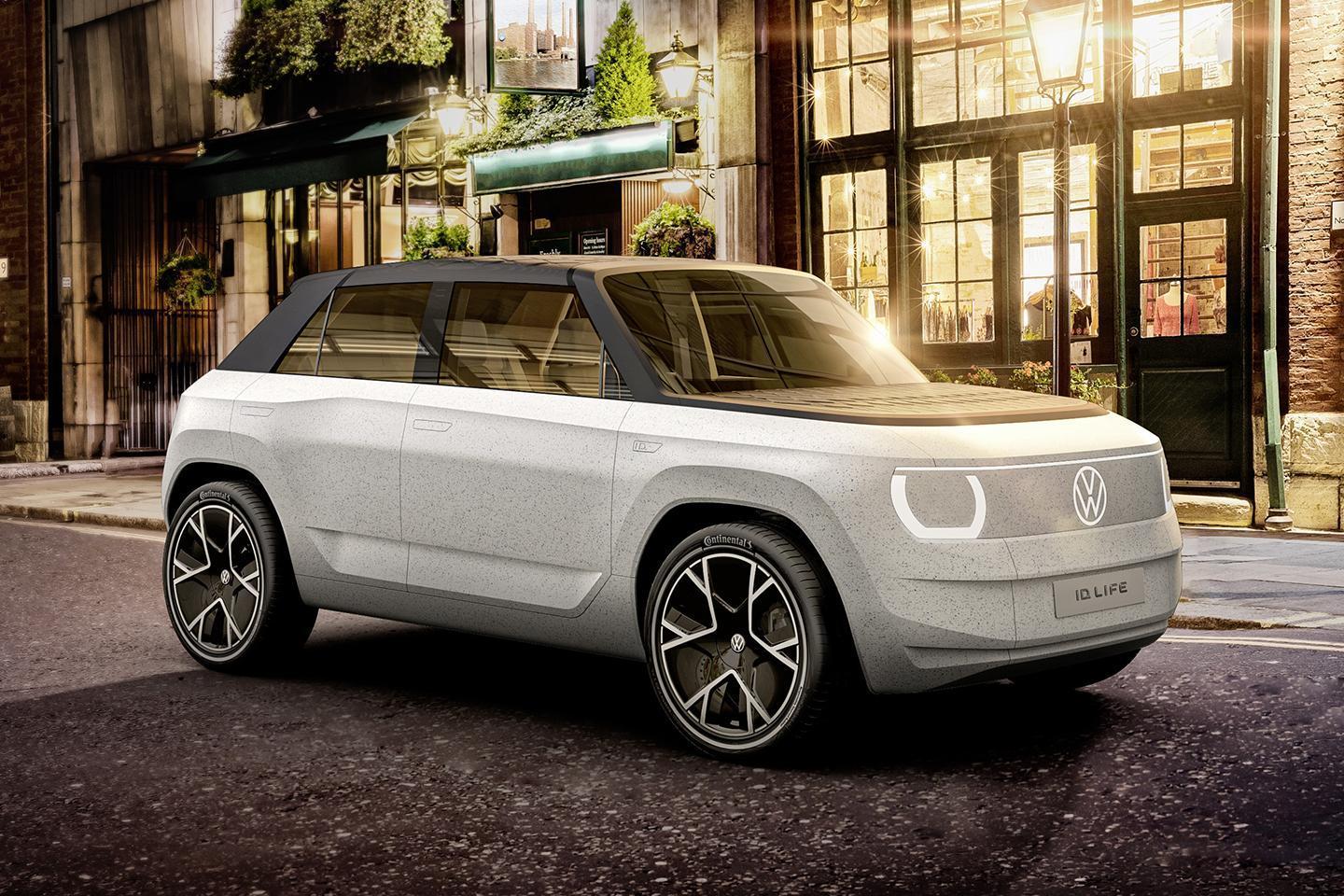 While it's easy to reel off vehicle types that might not suit a wholesale switch to electric power, there are plenty that would surely already adapt well - city cars being top of that list. Instant acceleration is a must in town, mileage covered is much lower, and chargers at shopping centres, the odd petrol station and even in lampposts make keeping the battery topped up simple enough. It's been a long time since anyone has bought a tiny car for its combustion engine, so don't be surprised to see plenty following the Honda e, Mini Electric and Fiat 500e into premium small EVs.

Volkswagen is lined up to be next, with a production version of this ID. LIFE concept. Revealed at the Munich show, Volkswagen says the production version of this car will cost around 20,000 euros (or just over £17k currently) and offer "sustainability and digitalisation with extremely flexible usage". The ID. LIFE is the first MEB platformed car to be front-wheel drive, and this one is powered by a 234hp electric motor - almost Golf GTI power. A 0-62mph time of 6.9 seconds is being claimed, along with a range of 248 miles from the 57kWh battery.

Volkswagen describes the look of the ID. LIFE as "strikingly clear, pared-down and high quality", but you wouldn't be alone in seeing Honda e influence, especially from the rear. There's only so much a raised ride height and big VW logo can hide. Some have also pointed to the Fiat Centoventi concept by way of comparison, but that shouldn't detract from the appeal of smart-looking concept; wheels right out at each corner give it a confident stance, and the two-tone paint means it doesn't look too bulky either despite the mini crossover billing.

The interior of the ID. LIFE continues many of the themes seen in VW's small combustion and electric cars. As with the Up, navigation will be through your phone, here through integration with the car rather than just a mount. The play and pause pedals have been seen in both ID.3 and ID.4, and obviously the upholstery uses as many sustainable materials as possible. Those are in addition to wood chips as a colouring agent for outside, bio oil and rice husks for the tyres (!) and recycled bottles for parts of the exterior.

VW CEO Ralf Brandstatter said of the concept: "In creating the ID. LIFE, we have consistently focused on the needs of younger customers. We believe that, even more so than today, the car of the future will be about lifestyle and personal expression. The customer of tomorrow won't simply want to get from A to B; they will be much more interested in the experiences that a car can offer. The ID. LIFE is our answer to this." There's still a little while before that dream is a reality, however, with the production version of the ID. LIFE not due until 2025. Probably just in time for the second generation of Honda e...