MG's passed the responsibility of stripping and modding a 3 for track use to its interns... 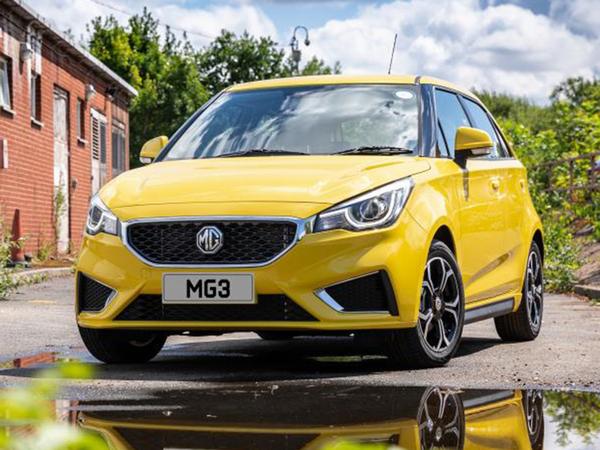 Let's be frank, MG's presence in motorsport far outweighs its significance in the UK new car market. This is a company that celebrated the sale of 4,446 cars in Britain in six months earlier this year - a figure the Ford Fiesta sells in a fortnight - yet it fields cars in the BTCC, has teased the idea of a WRC return and has a racing championship dedicated exclusively to its models, called the MG Cup. Now, it's adding a new model to the series' ranks by developing a competition version of the 3 hatchback.

We like the sound of this because, well, racing cars are cool. And this one should be cheap. Developed with the MG Car Club for the MG Cup racing series, the cost to put a racing 3 on the grid is intended to be no more than £5,000. MG says it'll also be far cheaper to run than its classic competition models, like the Metro, which also compete in the low-cost MG Cup, and it should be ready to hit the track ahead of next year's season.

With no MG manufacturing in the UK anymore, the firm's turned to its interns - seriously - to carry out the development work. Presumably (and hopefully) these are engineering interns, rather than those focused on marketing or catering. Although the work being carried out shouldn't be too taxing, because MG Cup regulations restrict modifications to the fitment of Gaz springs and a freer breathing Scorpion exhaust system. There are also bucket seats and a roll cage in the stripped interior, obviously, but the oily bits remain unchanged.

That leaves the car with a naturally aspirated 1.5-litre four-cylinder engine and five-speed manual gearbox, a pairing that is - compared to the far more modern stuff in the 3's hatchback competitors - a bit rudimentary. Still, the simplicity of this setup should at least make maintenance fairly easy. And they power a decent base chassis, because the 3 is actually a pretty good handling car in road trim.

Could this signal more motor racing for MG? Adam Sloman of the MG Car Club sounds like he'd be up for supporting it. He said: "Motorsport is a huge part of MG and the Club's heritage, and we are very much invested in bringing new cars, drivers and young competitors to our grids in the future." Heck, the presence of more MG competition models might even encourage a few more road car sales...