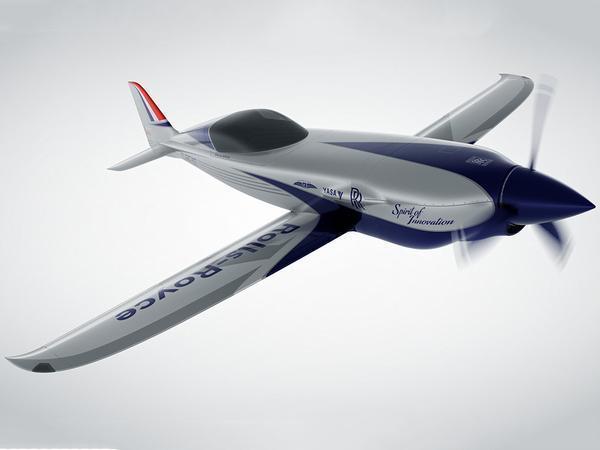 Unless you've a close ear to the aviation industry, it might be hard to fathom that in only a decade or two we could see electrified planes take to the skies for short haul flights. Using pure - or, more likely at first, hybrid-electric power - they're set to drastically reduce emissions, noise and ticket prices, once the cost of production comes down.

We'll all be familiar with the near identical shift to electrification that's already in full swing within the car industry, but for the air industry, ideas for commercial electric flight have barely left the test bed. So in order to demonstrate the validity of electric power in the skies and to show just how effective the tech already is, Rolls-Royce is developing a zero-emission aircraft to break the e-plane air speed record in 2020, as part of its 'Accelerating the Electrification of Flight' (aka Accel) programme.

The Gloucestershire aviation firm - which operates completely separately to the car firm that shares its name - will have to beat the 210mph record set by Siemens and its e-plane back in 2017. Rolls has confidently stated that it wants to "blow the doors off" that speed; engineers are said to be aiming for 343mph, which would match the speed of the Supermarine, a Rolls V12-powered seaplane that broke its class record in 1931.

Introducing ACCEL from Rolls-Royce on Vimeo.

Using a single-propeller 7.3-metre wide racing plane equipped with three e-motors supplied by YASA (a UK electric motor company), the one-seat craft will run at 750 volts and produce a combined 1,000hp. With power available from much lower rpm, the e-plane is said to be more stable than conventional craft, while also being much quieter.

As we know from electric cars, however, speed often comes to the detriment of range. The Rolls-Royce e-plane will need to use a large enough battery pack that's powerful enough to enable such pace, but one that's not so heavy it'll require immense amounts of energy to be flown - or cook itself under the strain. Rolls hasn't revealed exactly what type of battery tech it's developing ahead of the record run, but it does make mention of Formula E tech, suggesting lithium-ion could play a part. It says there will be 6,000 cells on board to provide a range of 200 miles between charges, with a targeted 90 per cent thermal efficiency.

"We're monitoring more than 20,000 data points per second, measuring battery voltage, temperature, and overall health of the powertrain, which is responsible for powering the propellers and generating thrust," said Matheu Parr, manager of the project. "We're gaining the knowhow to not only pioneer the field of electric-powered, zero-emissions aviation - but to lead it. At this point, our confidence is sky high."

Of course, this is a single-passenger plane, so we're still far away from the days of commercial e-planes. But a hybrid-jet? That doesn't seem so hard to imagine. And with backing from the UK government, added to the fact that Rolls-Royce is the world's second largest plane powerplant manufacturer, this project certainly appears to be on the up and up...