30 years after the first Impreza Turbo comes the very latest, albeit not for the UK 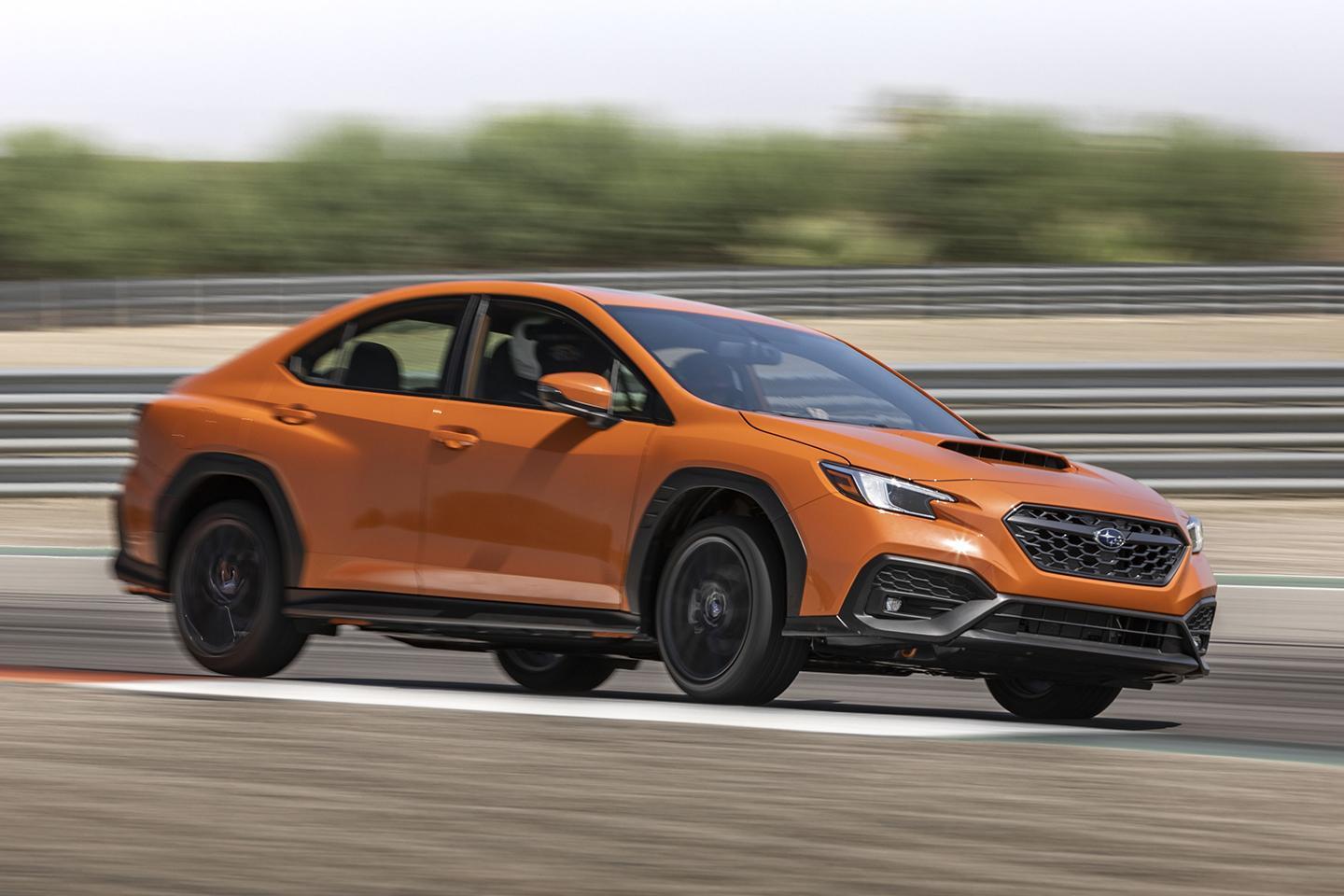 There can't be many cars with such a committed following in the UK than the Subaru Impreza. A few years after the last STI was sold and many more since the 'Impreza' badge was used, the fact that something as relatively humble as a turbocharged Subaru saloon can garner such affection shows the impact it had. We count ourselves among the hopelessly dedicated fans, too, so even though the fifth-generation WRX won't reach British soil, we couldn't resist sharing the important info.

It still looks like a WRX, this 2022 car; a traditional three-box salon with a familiar face (taking some angular inspiration from recent show concepts) and a stumpy boot that manages to be both bland and fussy - impressive. But then Imprezas have never been popular because of their styling, and any negative points are immediately compensated for by arch cladding and a bonnet scoop. It looks built to attack a special stage, just like the WRX always has, and that's fine by us.

Under the scoop, as always, sits a flat-four turbo, only now it's a 2.4-litre engine (presumably the BRZ/GR 86 unit) producing 271 US horsepower, or 275hp. With a broader torque curve (258lb ft from 2,000-5,200rpm), Subaru says responsiveness and acceleration have been improved. The standard six-speed manual has "optimised" ratios and a better shift quality, while a new eight-speed auto has "up to" 30 per cent faster upshifts and 50 per cent faster downshifts compared to before. An SI-Drive Performance Management System has three different settings for engine behaviour and response of the auto 'box.

Though seemingly familiar, this WRX sits on a new Subaru Global Platform, which is said to offer a "substantial" improvement in ride and handling. Torsional rigidity is up 28 per cent, suspension mounting point rigidity is increased by 75 per cent, the centre of gravity is lower, there's a longer suspension stroke and a rear anti-roll bar now mounts on the body (not the subframe), all in the name of "the highest levels of dynamic performance and ride comfort in its history." Subaru is also promising "improved accuracy" and feel from the new electric steering, but is leaving what might be the most significant bit of dynamic hardware - electronically controlled dampers - to a GT model.

Finally, though an interior typically mattered to a WRX buyer (and, it has often seemed, Subaru) as much as dessert at an all-you-can-eat buffet, big improvements have been made for 2022. There's a new 11.6-inch infotainment screen, 11-speaker Harmon Kardon stereo, and leather that now actually looks like leather. The GT trim is more than just dampers, too, with Recaro seats, an individual drive mode and more driver assist technology.

But despite all that, this WRX looks a lot like the Subaru we came to know and love in the UK. It's a dorky Japanese saloon with turbo flat-four power, an advanced four-wheel-drive system and the promise of years of driving enjoyment ahead. Subaru USA says the new car will be in retailers early next year; presumably any extremely interested parties could make enquiries with specialists about bringing one over here. After all, there is some history in importing Imprezas to the UK...