Love it or hate it, it certainly smells delicious!

PH popped into Aston Martin's HQ at Gaydon yesterday, with the express intention of telling them how self-important we're all getting, only to have the tables turned by an enthusiastic design director who couldn't resist giving us the full spiel on the Cygnet. 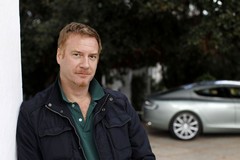 Aston's Marek Reichman is unsurprisingly proud of the firm's little city car which now boasts its own space in the glamorous line-up that greets visitors to Aston's VIP Reception area. (To the extent that we found it hard to keep up a decent level of PH 'standard issue' wry cynicism under the enthusiasm assault.)

Did you know it's the smallest car in the world to have a proper aluminium grille, for instance? It was news to me and fellow PHer Garlick, who at one point seemed almost overcome by the leathery 'proper Aston' aromas emanating from the Cygnet's impeccably finished diamond-stitched and piano-black interior.

Having had a chance to sit in the car, there's no doubt it gives off more than a whiff of what Aston Martin owners look for in their more traditional purchases. The style and finish of the cabin is beguiling, truth be told, and certainly does the 'handcrafted in England' sill plate justice. And while Toyota remains explicitly expressed in the exterior shape (in spite of every panel except the roof having been Aston-ised to a greater or lesser degree), detail evidence of the Japanese brand has been thoroughly expunged - right down to the word Toyota being sandblasted off the window glass. 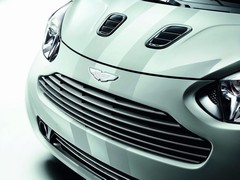 Marek offered some interesting insights into the exterior treatment, too, such as the new nose which has been designed without any compromises to factors such as 'ease of repair' that would be common to the city car sector. (It will be fun to learn what the insurance group is, given the amount of paint that's been applied to that one piece composite front end!) Still, 'punters' considering a £30k+ town car probably won't be bothered by such details, or by the fact that they'll need to visit their Aston dealer for servicing in order to get the Cygnet's warranty book stamped. Why not? Because as Marek pointed out, they're just as likely to spend £30k+ on a wristwatch.

It was also amusing to hear Marek's take on Cygnet performance, when quizzed as to why there's been no effort to upgrade handling or engine power as a nod to the more traditional Aston values: 'City driving is not about zero-to-sixty, it's the zero-to-parking space time that counts,' he says, while acknowledging that leaving the car's mechanicals untouched has made the homologation process a whole lot simpler (and cheaper). 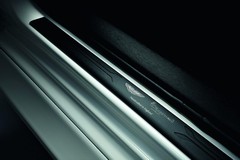 So why was the Toyota chosen to underpin the project in the first place? Well the BMW Mini isn't small enough, and perhaps more importantly Aston's chief Ulrich Bez and Toyota boss Akio Toyoda are racing buddies through shared Nurburgring 24hrs experiences - in fact their respective 'factory' teams tend to share a garage at the race.

And what of those dyed-in-the-wool Aston enthusiasts who can't stand the sight of the Cygnet? Marek is big enough to admit there are indeed folk out there with strongly held views on the matter, but his comeback is straightforward and to the point. 'Without the Cygnet (and its hoped-for affect on the company's C02 averages), there won't be any Aston V8s or V12s in future either,' he says.

Words to make any enthusiast shudder, and food for thought for the nay-sayers perhaps? The debate will rage on, but hoping that Aston can shift the Cygnet in numbers beyond the One-77 customers apparently lining up to order them (in shades to match) seems reasonable under the circumstances the company finds itself in today.