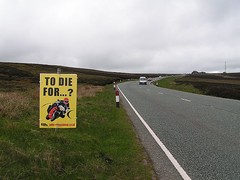 A report by the Road Safety Foundation has revealed Britain's top ten most dangerous roads.

The list is topped by the A537 between Buxton and Macclesfield - the famous Cat and Fiddle route that has recently been earmarked for average speed cameras - although the Road Safety Foundation says that, overall, Scotland has the most dangerous roads, followed by northern England.

The report, which encompasses almost 30,000 miles of A-roads and motorways, also concluded that half of all fatal accidents happen on just ten per cent of Britain's roads, that a third of serious crashes happen at junctions, and that single carriageway roads are statistically six times more risky than motorways.

The report suggests, however, that comparatively small amounts of money spent on specifically targeted improvements can reduce the numbers of incidents significantly. 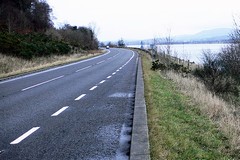 "Not only can Britain reduce road deaths and serious injuries but, by targeting a relatively small mileage of high-risk roads, we can do so with good economic returns," says Road Safety Foundation director Dr Joanne Hill. "Too often we pay for emergency services, hospitals and care for the disabled rather than taking easy steps to put road design faults right."

The top ten most dangerous roads: