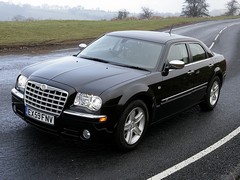 The Chrysler name will disappear from most European markets by the middle of next year as part of the marriage of Fiat and Chrysler.

The Chrysler name will survive in the UK and Ireland (where Lancia has no presence), but in continental Europe the marque will be subsumed into the Lancia brand, with its products rebadged as Lancias.

Fiat (Lancia and Chrysler's parent company) has written to 1150 Lancia and Chrysler dealers, telling them that their contracts will be dissolved at the end of May next year in order that Fiat can create a re-profiled dealer network.

"Our plan is to have in place by May 2011 a Lancia/Chrysler integrated network comprising about 800 dealers and over 1000 dealerships," Chrysler and Lancia CEO Olivier Francois told Automotive News Europe.

Lancia sells most of its cars in the domestic Italian market (102,000 of the 121,000 new cars it sold in Europe last year went to Italy), but it is still a significantly larger player in Europe than Chrysler - the US marque's European sales in 2009 were just 11,500 units.

Chrysler sister brand Dodge, meanwhile, will almost completely disappear from Europe - including the UK - and will concentrate instead on importing small-volume US muscle cars (which we rather like the sound of).